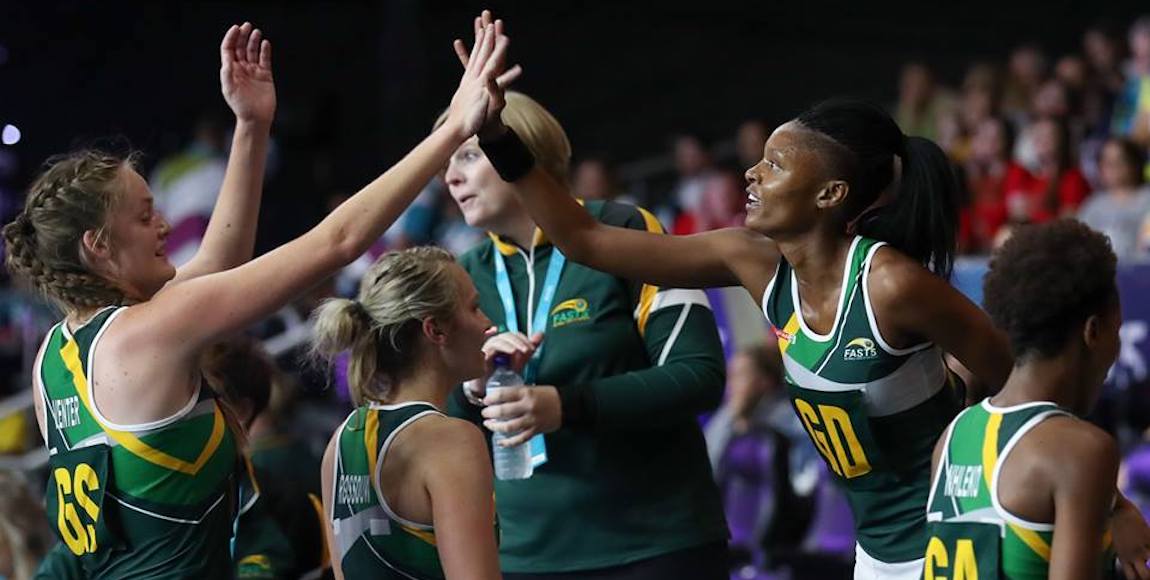 Netball in South Africa has been growing in popularity over the past few decades. Even though the national team, the Spar Proteas, is ranked fifth in the world, the team has nowhere near the support that sports like soccer and cricket have, writes Sana Jeewa.

While they may share a team nickname, unlike their counterparts on the male cricket team, the women of the Spar Proteas netball team are still finding a foothold in the South African consciousness. The national women’s netball team of has made great progress in a short time, but are yet to be acknowledged on a national scale.

Netball in South Africa is a popular choice among girls at school level. The Kay Motsepe Schools Netball Cup sees 66 000 young girls from 5 500 schools across the country participate in a national tournament each year. Many scholars have gone on to compete in South Africa’s semi-professional netball league, the Brutal Fruit Netball Cup.

The league, which has been running since 2014, is contested by 10 teams from all nine provinces. Matches are played at venues in Durban, Cape Town and Bloemfontein and have been broadcast on SuperSport.

At national level, the Spar Proteas last year beat the eighth-ranked Welsh national team. It was a close match – the final scores were 63-43, 64-45 and 64-50 – but beating the Welsh thrice was an admirable achievement.

South Africa is the fifth-ranked team globally and the top team in Africa. The team is currently overseas competing against Australia, New Zealand and England in the Quad series.

But the national team has historically not performed at its best when facing the strongest opponents. South Africa only has a semi-professional league, which compares poorly with other nations. Australia, the top-ranked country in netball, has had a professional national league competition since 2008, providing an ample platform for players to develop their skills.

National netball players in Australia and New Zealand are given official contracts, provided with significantly more funding, and have far more established resources and facilities than our players do. South African netball has only one main sponsor – the national retailer, Spar. Spar signed a R35million, four-year sponsorship deal with Netball South Africa last year but still only has a semi professional league.

But there have also been questions about the management of Netball South Africa. Last year the SABC and Sunday newspaper claimed there had been financial mismanagementÂ within the organisation. The NSA denied these and said it would co-operate fully with any inquiries into its financial affairs. South African Sports Confederation and Olympic Committee chief executive Tubby Reddy later said he was satisfied with the organisation’s explanations and its adherence to good governance practices.

Netball South Africa CEO Blanche De La Guerre believes the Quad series itself can provide the team with regular international competition, and that this kind of exposure will help put South Africa back into the top three netball nations in the world.

But so far though, this hasn’t yielded much success. All of South Africa’s matches in the last Quad series ended in defeat. Most recently, on 26 August, they came within seven goals of New Zealand. They will have to perform even better when they take on Australia on Wednesday.

Still, a number of our women are amongst the best in netball. Centre court player, Bongi Msomi, our 29-year-old captain, is an international star for the Wasps in the UK and was named player of the match in the finals of the Netball Superleague, which the Wasps won. Karla Mostert (28), the vice captain who plays goal defence, is an Australian league player who was named most valuable player in the Ozzies Netball Super final. Danelle Lochner, the shooter who’s only 20, is one to watch out for with her physical prowess. With a balance of youth and experience, the latest squad will hopefully be a tougher challenge for the world’s best.

Msomi told Sports24 that while it has yet to reach the standards of Australia or New Zealand, the national netball continues to make great strides. “It’s been great at the camp and everyone wants to be challenged and we are growing with every camp,” she said.

Former netball captain Elsje Jordaan has been appointed as head coach until the 2019 World Cup, which will be held in Liverpool, England. With 88 international caps under her belt, Jordaan has a wealth of experience. It’s hoped she’ll be able to inspire the team to be more competitive and aggressive.

If the Proteas are serious about contesting the World Cup, the team has its work cut out for itself. And if South Africa is serious about dominating in this sport as we do in cricket and rugby, it’s time more sponsors came forward to support them.

Sana is a linguistics masters student at the University of KwaZulu-Natal who is passionate about sport. She is a self-proclaimed classical and popular novel aficionado. Follow her on Twitter.