Home Voices “Government has nothing to lose if I decide to be a citizen...
WhatsApp
Facebook
Twitter
Email
Print 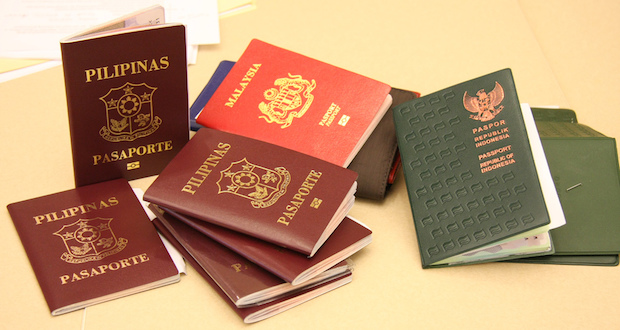 Deputy Minister in the Presidency Obed Bapela caused a panic earlier this week when he said government was considering banning dual citizenship. The move was said to be part of a plan to prevent South African citizensÂ from serving in the Israeli army. But on Thursday, Home Affairs Minister Malusi Gigaba dismissed the claim, saying there were no plans to review the Citizenship Act. ZILUNGILE MNISI asked Durbanites how they felt about the idea of having to give up dual citizenship. Yugen Naicker, 23, Environmental health Student, Chatsworth
If dual citizenship is banned, I think it will be of a disadvantage to ordinary South Africans who have families or work in other countries. The ANC should not base this new development of banning the law on just one culture. Jewish South Africans do not even dominate the population of this country,; their relations with Israel are not that much of an impact to our country. There are stricter laws that need to be banned; laws that actually have an impact on us as citizens. For example, the law allowing children from the age of 12 being allowed to have sexual relations. Such laws affect parents and the majority of them are against it. So I think dual citizenship should not be banned, after all our constitution promotes freedom of movement. Brian Makhowana, 22, journalism student, Durban North
I donâ€™t understand why some people want to enjoy the benefits of being a citizen in more than one country. If you were born and bred in South Africa, then you should live up to that. Travelling will not be an issue, you can travel wherever you want to but remember where home really is. If someone is a citizen of two countries, it sounds like they donâ€™t have a sense of belonging. The ANC should go ahead and ban this law because itâ€™s not like they are proposing that everyone should be confined in the country that they were born in. Everyone will still have the right to travel the world, as long as they hold one passport and belong to one nation. Celiwe Mdletshe, 23, legal studies student, Inanda
They should not ban it at all because if we have people from other countries who have South African citizenship, apart from their own, they boost our economy too. Since they are citizens, they contribute to tax and that is not a bad thing at all. Even if people belong to more than one country, it is not like our government is at a loss. Dual citizenship has no harm to anyone. I would understand if there were substantial reasons that the ANC is basing the possible ban on, but there is really no need to complicate every citizenâ€™s lives based on one minor issue. Nondumiso Simelane, 24, hotel hostess, Mtubatuba
I know that I would love to travel one day, and my travelling could mean that I possibly get fond of the place Iâ€™m in to a point that I live there permanently. This, before the ban, would mean that I love my life in Italy, for example, but my family and friends are still based in South Africa. I would not want to come to South Africa as a visitor and possibly be permitted a number of days to stay in a place I was born in. South Africa is my home, and no one would want to be a foreigner in a place they once called home. I do not support the banning of dual citizenship, because really the government has nothing to lose if I decide to be a citizen of three countries. I will still pay my tax towards this country and for that, I should not be asked to give up one of my passports. Sibusiso Khumalo, 47, general worker, Folweni
I fail to comprehend how a single country and its relations to a minority of our South African population could result in a law being banned. If Jewish South Africans want to join the Israeli Defence Force or exchange arms with them, then it shouldnâ€™t lead to such a decision by the ruling party. I think there should be ways that our government could look into this and at least adjust the law, not ban it altogether. Banning it will make things very difficult for those of us who still have places to go – literally. I donâ€™t want to be restricted whenever I decide to start a life somewhere else, and I donâ€™t want to give up my South African identity either.

– Voxes have been edited for brevity and clarity
– Featured image of passports by susi.bsu via Flickr