Within the streets of Meadowlands, Soweto the South African Drug and Aids Council (SADAAC) can be found. The centre was founded by Freddie Sithole in 1997, initially running out of a house. Now the centre is situated in a community hall, yet challenges persist for Sithole and his staff.

SADAAC operates as a centre for the most vulnerable people in the community. They offer services for people who are suffering with issues related to drug abuse and HIV/AIDS. Sithole who was always passionate about these issues told The Daily Vox he started the organisation without any resources back in 1997. He would walk from school to school, educating teachers and learners about HIV/AIDS. Sithole said the schools were not very receptive especially as it was during the times when HIV denialism was quite high.

Despite the challenges, Sithole persisted. He first started working out of his house and was then given his current premises by the department of social development to work out of.

“I am focused. My aim and objective was to save life, and to fight this culture of violence against our women,” said Sithole. At the centre, caregivers are responsible for helping the people who come in. Many of these caregivers are young people who came to Sithole for help.

One of these people is Mapule Mahlatji. She is one of the primary caregivers at the centre. Sithole said when Mahlatji first came to the centre she had no hope and no dreams. However, through the work of the centre, she has managed to develop her skills.

Mahlatji took The Daily Vox through a typical day at the centre. She said clients would come into the centre and fill in a form listing their needs – The needs of clients vary from food parcels to couple and family disputes. Once the client has filled out the form, a caregiver is assigned to them to find out what help they require and how the centre can help them. There are around 50 caregivers who work at the centre along with an auxiliary social worker and psychologist.

That’s where one of the biggest challenges lie for the centre. All of the people work at the centre on a volunteer basis. They’re forced to encounter some of the most traumatic situations during the client meetings. They are unable to be adequately debriefed about their experiences due to the lack of resources.

That’s where Halo Project South Africa hopes to come in. The newly formed non-profit organisation (NPO) wants to help the centre to upskill the caregivers and provide for them a space to grow. The Halo Project is a British-based NPO founded by Yasmin Khan. Khan started the NPO to provide services to women and girls who have suffered from patriarchal cultural practises. The NPO focuses specifically on setting up support for victims suffering abuse in the name of honour in the form of forced marriages and female genital mutilation.

The NPO was launched during the last week of November at the SADAAC premises in Meadowlands.

The pair they’ve chosen SADAAC as the first project to focus on because the main focus of the NPO is on women empowerment. Working together with SADAAC they want to upskill the people working at the centre. They want to create a sustainable model of empowerment which can be used in the Meadowlands community and other communities.

The upskilling project will come in the form of a module of training modules put together by Halo Project South Africa. Once the caregivers, auxiliary social workers and psychologists have gone through the modules, they will be upskilled and given an official accreditation.

Mohomed said: “We want to teach them how to function in the community how to access the resources that are available, and how to basically create a model that is sustainable for themselves.” 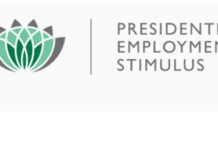 How is the Presidential Employment Stimulus Programme supposed to work?