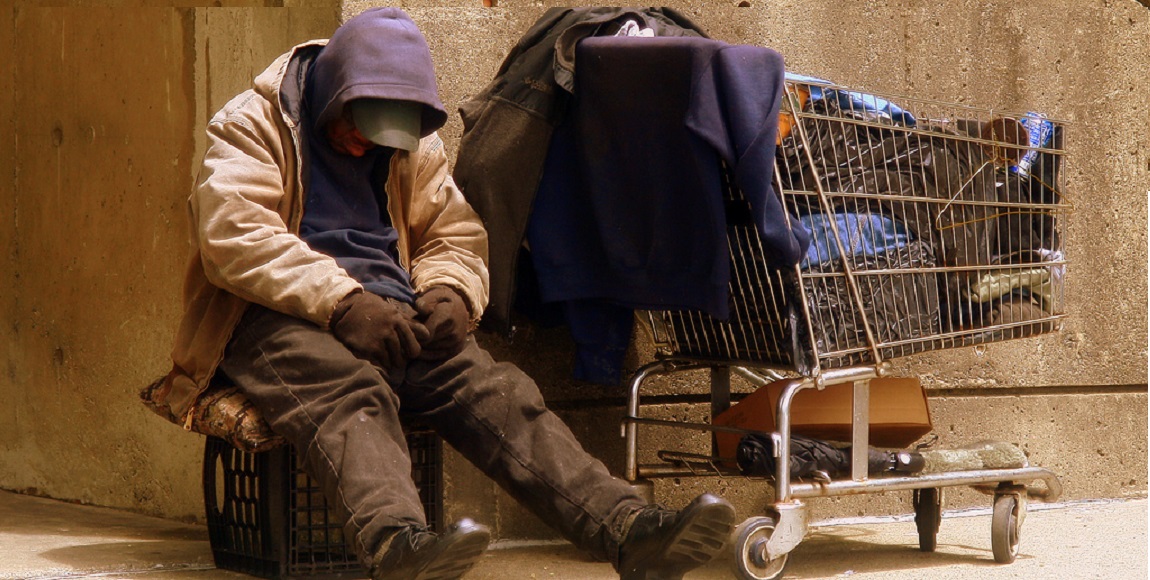 There are between 100 000 and 200 000 people living on the streets of South Africa, according to the Human Science Research Council (HSRC) . Young people who are homeless have often been socially excluded and neglected, and left vulnerable to crime and the elements. The Daily Vox spoke to some homeless youth in Johannesburg about their life on the streets and what they want for their futures. Sicelo, 19, Mpumalanga
I’ve lived on the streets for a year now since I moved from Mpumalanga. I had issues with my aunty so I came to Johannesburg because I had nowhere else to go. Iâ€™m here now and that’s the way the world goes.

I would like to be an architect. As it stands, I know I can get free education but I need to change my life from the streets. It is possible with God only. I didnâ€™t finish school, I left school in grade 10.

I spend a lot of time alone and go to the library to keep myself safe and away from drugs. My favourite book is Animal Farm. I read a lot of the news – Zuma is selling the country to the Guptas. All the issues come from the Zumas.

Jesse Laitinen, project manager at Streetscapes, a Cape Town-based organisation that works with homeless people, said itâ€™s important to first create healthy spaces in which to help people who are homeless. â€œWith that we provide them with psychoeducation, counselling, and â€¦ you see that people start changing their ways.â€

Laitinen said homeless people have been failed by the system. â€œWe need to look at these individuals with new eyes. Weâ€™re never going to fix it by thinking we can keep arresting them or putting them at the back of bakkies and dropping them far off.â€

There have been several reports of police picking up homeless people from central business districts and dropping them off in remote locations, particularly in the run-up to international events, like the World Cup. Prince Ongwenyama, 33, Limpopo
I am living on the street for 23 years. I came from Limpopo for a better life. I need to be clean before I get a job and stop smoking nyaope. I spend R60 a day on nyaope. I make money from recycling plastic, paper and cans.

Sleeping on the street is hard, especially because it is winter now. I started smoking because of friends and I have stress in my life because of the things I have seen. I started thinking about personal things that happened a lot and the nyaope helped me stop thinking about them.

I want to be a mechanic, I want to become a parent, to make money and to provide. If people help us, not by giving us money, by giving us a place to sleep where I can bath and change then [I can] get a job.

Laitinen said the high unemployment rate combined with family violence and neglect were the main cause of homelessness among young people. She said because of the years and decades of social exclusion, a supportive environment was needed to help homeless people return to communities. Thabo Maloi, 21, from Alexandria
I am on the street for almost 8 years because of the relationship with my sister, she is 35 years old. My father and mother left the house for me in Alexandra. She wanted to take the house. I was suffering there and they used to beat me. I used to sleep without eating. In 2007 I was beaten and I was angry, and I took a brick and hit it on my sister who had to go to hospital. I was in prison for six months because I was underage. My sister didnâ€™t want me so I stayed in a shelter in Alex and went to school. I moved to Rosebank after I finished school in 2011. I am thinking about studying, I want to be a pilot. I need help, I am trapped [by drugs].

Laitinen said the opposite of addiction was not superiority, but connection. â€œWe start building connections around Maslow’s hierarchy of needs which is the basis of our work,â€ she said.

The base of Maslowâ€™s hierarchy is food, water, warmth and rest. After that come safety needs, a feeling of belonging, self-esteem and self-actualisation. To help people make their way out of homelessness, they also need work opportunities, counselling and the opportunity to socialise and build healthy connections with others, she said.