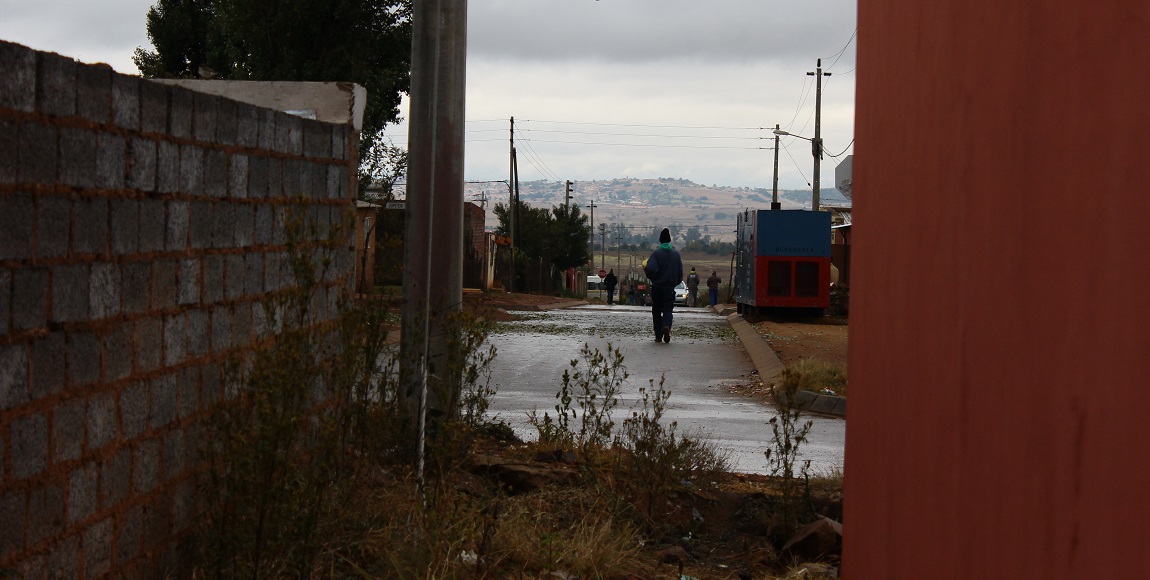 While South Africa celebrates its youth, those living in Freedom Park, south of Johannesburg, feel forgotten by the government. They are angered by the lack of development in their community and have been calling for government to increase access to employment, land, and housing.

The Daily Vox visited the area and spoke to young, unemployed residents about why they support the protests for land and jobs.

Lehlogonolo Makhele, 25, unemployed
Iâ€™ve been living here since 2005, so itâ€™s been eight years. I moved here from Lenasia while I was in grade 10. We moved here because my mother wanted a new place. It happened that there were some problems with the [estate] agent. They took all the money.

Obviously there are issues in places such as this. There is violence. My concentration was affected at school because I was hanging out with some people who werenâ€™t necessarily doing positive things.

Iâ€™ve been unemployed since I left school. Iâ€™ve never had a stable job. I would get called to go work maybe on weekends to waiter at corporate events. I finished matric and then I went to varsity to study HR. I studied for one year and then, because of fees, I had to drop out.

People are protesting mainly because, as you can see, we live in very suffocated spaces. There are backyard dwellers, and even for the people living in houses, thereâ€™s a lot of people in just one house. Iâ€™m hoping that we do get the land and people can have places to stay because right now there are even people who are homeless. So the struggle for land is a genuine one. Itâ€™s not one that Iâ€™m in just because Iâ€™m moving with the crowd.

For me Fikile [Mbalula] is a little bit detached from the reality of the people in these communities. Itâ€™s not criminal elements. The issues that are being raised are very genuine. People need a place to stay, people need shelter, people are not working. We are not talking only about people who never went to school – even people who have gone to school and got qualifications donâ€™t have work.

According to Statistics South Africaâ€™s report,Â The Social Profile of Youth, 2009-2014, 52% of youths were economically inactive. Makhele also falls into a population group that is struggling to get by at university. The director of the University of Johannesburgâ€™s (UJ) Academic Development Centre, Dr Andre van Zyl, said that of the 18% of matriculants that make it into university, 50% to 60% drop out in their first year. Siphokazi Ndzabela, 25, unemployed mother
Itâ€™s been almost a year and six months since Iâ€™ve been unemployed.

I didnâ€™t grow up in Freedom Park but I came here from the Eastern Cape in 2012. I came here to rewrite my matric exams and find work because I had given birth during the exams.

The other messed up thing at Freedom Park is that people the same age as me, have to sleep with the ANC people so that they can benefit from a house. Thereâ€™s no love in those relationships and itâ€™s not something beautiful. Most got in [houses] because they opened their legs. Especially the youth thatâ€™s my age.

The hardest thing about living here in Freedom Park is that there are opportunities but the people that get them are people who belong to the ANC. They block the rest of us out. When there are tender contracts, they hire each other.

I have worked for Chicken Licken. I have experience as a cashier and everything dealing with franchises.

If I were to get the change I would love to carry on with school. But the problem is even if I were to, I have a child. If I go back to school, whoâ€™s going to look after my child?

The 2016 Demographic and Health Survey reported that 16% of women between the ages of 15 and 19 years have given birth or are still pregnant. Thabo Mocumiane, 23, unemployed
I have been unemployed since last year. But I have an interview for a construction job.

Iâ€™m originally from the North West. I had to move from the rural area for a better education. I had to drop out from school in grade 11. I donâ€™t have a mother, I donâ€™t have a father. Even now, I am renting here at Freedom Park. I am living in someone elseâ€™s house. I moved from home to Newlands, where my aunt lived.

Iâ€™ve been here for five years. As a young person I canâ€™t say much about Freedom Park because I didnâ€™t grow up here. But there are some things like violence, and there are things like corruption as well. There many people, like gogos, who donâ€™t own houses and thatâ€™s the reason why I am a part of the protest.

I donâ€™t think the government is looking out for us. With government, when it comes to their agenda, itâ€™s like they like to get money and votes from the people. After that, they donâ€™t really care about us here.

Those things [Fikile Mbalula] says about there being a crime element in the protests, heâ€™s wrong. People are looting because theyâ€™re hungry. A hungry mind doesnâ€™t know the law.

Statistics South Africaâ€™s 2013 General Household Survey (GHS) reports that 15.3% of South African households are living in RDP houses and 13.6% of households had at least one member on the waiting list. Between 2002 and 2013, households living in informal dwellings increased to 13.6%.