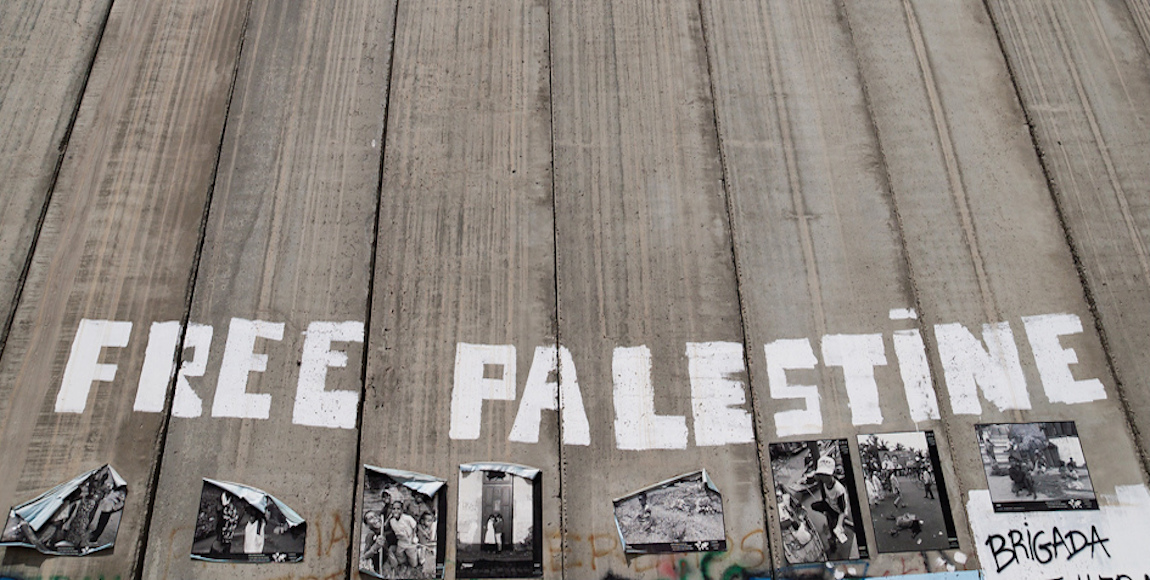 ActionAid Internationalâ€™s Pooven Moodley reflects on his recent trips to Palestine and Cambodia, and the challenges faced by communities there. He says we need to support individual struggles to build a momentum that will help win collective struggles.

As I land at Ben Gurion airport in Israel, I reflect on the fact that I need Israeli permission to go to Palestine. I reflect on the many people close to me who have been interrogated at the airport, some of them stripped searched for hours for no particular reason. The apparent randomness is systematic. Even a simple question like “tell me about your mother?” is asked in order to check for signs of hesitation and anxiety. Every part of the system is effectively orchestrated.

When I entered Palestine the political prisoners from Palestine were on day 30 into their hunger strike. This was part of their protest action again poor conditions they were being subjected to as their rights were being violated. By day 37, many of the 1 300 prisoners on hunger striking were in a dangerous health situation. In a refugee camp, the community wrote the names of all the political prisoners on strike, and have marks on the wall to indicate the number of days without food. There is solidarity from across Palestine and across many countries globally. In South Africa, a range of South Africans including cabinet ministers went on solidarity fast.

There is a resilience that shines through the despair and hopelessness. A resilience based on the fight for dignity including the right of Palestinians to stay on their land and the dream of peace for the future generations. Everywhere you go people resist the occupation as reflected in their daily struggles. Many try to live an â€˜ordinaryâ€™ life in an â€˜extraordinaryâ€™ situation. The daily fear of your house being demolished, being forced to move with nothing but your bags, witnessing â€˜randomâ€™ shooting of children.

While I was in Bethlehem two people were shot on the street. As I walked through a refugee camp I was again confronted with the brutality. A school boy was walking on the street and was waiting for his friends. He was shot from about 150 metres away from a security tower. The reason for the shooting was that the youth had a stone in his hand. Imagine a 100m sprint race. Even if you have a stone in your hand and throw it from the start line it will not reach the finish line. What justifies a bullet in the head to someone coming from school?

Despite the odour of fear in the air, people continue to take action. From lawyers defending political prisoners, to activists from communities sharing the stories of struggle, to those trying to challenge companies operating in settlements, and those helping to build global solidarity. Some of the activists believe the solution lies in challenging countries that support the brutality especially through the supply of weapons, refreshed collective leadership, greater cohesion in terms of the activism, dealing with the unsustainable current governance realities, challenging the role that non-governmental organisations are currently playing. An activist described the NGOs as providing morphine while the cancer spreads.

I left Ben Gurion Airport with a range of emotions. I was feeling angry, sad and depressed. At the same time, I felt anÂ overwhelming sense deep inside that something will have to give. Oppression will shift and change its guise, but it is not sustainable. It will collapse, like the wall dividing people needs to collapse. I thought about the police brutality of the late eighties, specifically in South Africa. There were hit lists and assassins. Some of us got away because we were further down the list. But our comrades at the top never made it. I reflected on how, from those dark days, the light started to shine only a few years later as the dawn of democracy appeared. As activists we cannot afford to give up no matter how dark the situation is currently.

A few days later I was in Cambodia, starting to get a sense of the struggles communities are facing. I went to a place called Kampot where communities have been resisting the development of a port. On the surface, everyone with an interest will argue that a port can only contribute to the development of the communities and the area. While the communities have not been consulted, they were told that a pier is being built through the process of landfill. Dig a bit deeper and it is actually a story of oil and coal: the port will facilitate the transportation of these fossil fuels. Mangroves are already being destroyed, and fishing as part of the livelihood of these communities is now being threatened. It is a David and Goliath battle. The community will continue to organise and resist.

Some of the leaders were arrested. I am writing this note sitting outside the appeal court in Phnom Penh. I am sitting here with families of 5 activists who were arrested 385 days ago with no bail. No one is allowed inside the court except the 5 activists and their lawyers. The family have brought food and are keen to see the activists. This took me back to the dark days of apartheid when there was detention without trial, police brutality, spies, media restrictions, etc. Back then we went to court knowing that the outcome was pre-determined. In breaking news, it emerged that the 5 activists provisional detention will be extended for another 6 months.

We cannot afford to take our gains in South Africa for granted. We need to protect what we have fought for and keeping pushing forward. Every struggle in any given space contributes to the collective struggle. We need to continue to support activists and human rights defenders. Aluta continua!

Pooven is an activist and human rights lawyer from South Africa. He works extensively across Africa and globally with movements and organisations supporting struggles. Â He currently is the head of campaigns for ActionAid International.Â