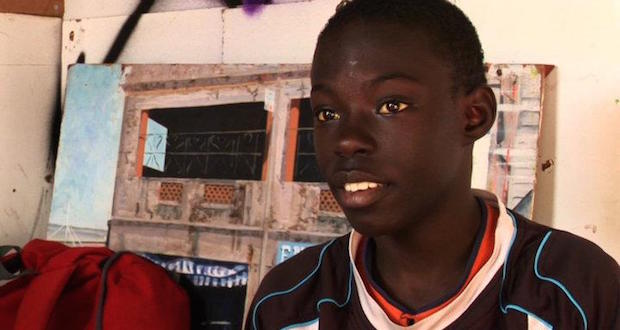 Protests, raids and repatriation are some of the ways that South Africa has dealt with xenophobia. But Where Do I Stand, a documentary film, is showingÂ how the arts can be used in classrooms to educate young people about their choices when it comes to xenophobia. RAâ€™EESA PATHER reports.

One of the more disturbing aspects of the recurring xenophobic violence that has rocked South african since 2008, when Mozambican Ernesto Alfabeto Nhamuave was burned to death in front of the worldâ€™s media, was the participation of young people in the assaults and looting.

Where Do I Stand, a documentary film released in 2010, poses a daunting question to young people in South Africa who have seen these images in media â€“ or in reality: where do they stand in the discrimination against foreign nationals?

After the 2008 attacks, the filmâ€™s USÂ director, Molly Blank, set out to interview 200 youngsters with different backgrounds from across the Western Cape about their perceptions of, and role in, xenophobia.Â Out of the 200 interviewees, seven young people whose stories particularly evoked the nuances and complexities of xenophobia in the country, were chosen to be featured in the film.

The multifaceted nature of xenophobia is emphasised when Duncan, a 17-year-old from Hout Bay, denounces xenophobia in the film, but then says that at some point foreigners must leave South Africa, because they are stealing jobs. Duncan speaks nonchalantly, but the sentiment is unexpected from a young white person, living in the suburbs, removed from the xenophobic violence in townships.

Blank told The Daily Vox that xenophobia is deeply connected toÂ poverty and unemployment in the country.Â â€œI donâ€™t think that you can separate unemployment and poverty and the xenophobic attacks. Thatâ€™s where we canâ€™t just say, â€˜Foreigners helped us then [during apartheid], so we should help them nowâ€™,â€ says Blank.

Being a white American, Blank herself is a foreigner, but her position in South Africa is veryÂ different to that of African immigrants in the country.

â€œIâ€™m not in their sphere of what it means to be a foreigner. Iâ€™m not a “kwerekwere,” Blank says, pointing out one scene in the film where an activist asks why white people are tourists, but black African nationals are labelled kwerekwere.

Where Do I Stand? Trailer from Molly Blank on Vimeo.

After the movie premiered in 2010, screenings were hosted in partnership with youth organisations and dialogues were facilitated to bring together high-school studentsÂ from various backgrounds and nationalities so they could speak about the issue.

â€œThereâ€™s a lot of pressure in schools to focus on the academics, and we also need to value the opportunity that school is to bring young people together to have important conversation about life and their lives,â€ says Blank.

Today, schools around the country are still showing the film and making use ofÂ a teacherâ€™s guide that the filmmakers developed in collaboration with teachers to guide discussions on the subject. The film was specifically designed to be 40 minutes long so that it could easily fit into a single school period.

â€œMostly what a film can do is inspire dialogue and inspire people to engage and think differently,â€ Blank says. â€œI want to think that my film can shift and shape the way kids act, but that impact is different everywhere.â€

For Blank, standing in a room watching as groups of youngsters debate the topic, the effects of the film can be fleeting and in the end, are unknown â€“ aÂ young person might have a change of heart in the course of a dialogue, but whether the sentiment will translate into a change in behaviour once they leave the roomÂ remainsÂ unclear.

Meanwhile for peopleÂ like Peter, a Rwandan refugee featured in the documentary, the lasting effects of xenophobia are haunting. In the end Peter still calls South Africa home, and the film gives young people the responsibility to decide how their country can begin to feel like a home to their fellow Africans.

To learn more about the movie and its education programme visit the Where Do I Stand website.

– Featured image via Where Do I Stand official Facebook page.