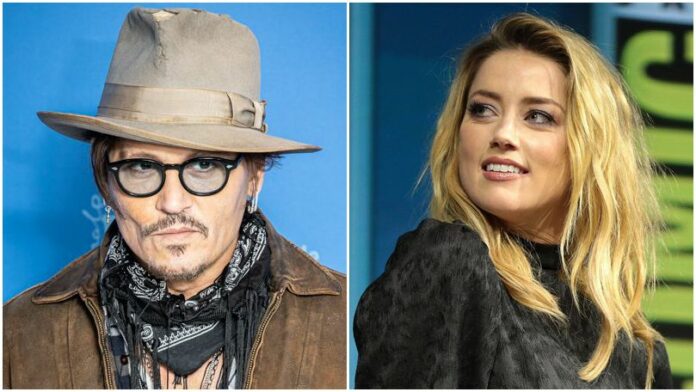 If you are even remotely engaged with popular culture, you have likely encountered the discourse surrounding the Johnny Depp-Amber Heard case. The trial was, to the shock of many legal experts, video recorded and streamed to the public. This was an unusual choice for the sensitive nature of the trial and it fundamentally impacted the perception of the trial. People followed it feverishly, watching the livestream everyday and even lip syncing to the trial on TikTok. Depp even went so far as participating in one of these TikToks after the trial ended. As one of the most polarising trials in recent memory, many worry about the effect its verdict will have on future domestic violence victims seeking justice.

It is important to go over the actual details of the case since a lot of it has been grossly misrepresented online. Depp sued Heard for defamation over an op-ed she wrote for The Washington Post in 2018. In this article, Heard never mentions Depp by name and only refers to herself as “a public figure representing domestic abuse.” And so, Depp’s legal team sued Heard on the grounds of implied defamation, since it was not explicit in the article. Heard’s first public accusation of domestic violence from Depp was in 2016, immediately after the couple’s divorce. She filed for a restraining order but Depp’s lawyers quickly came to his defence and claimed Heard was lying for financial gains in their divorce proceedings.

#MeToo: two words that broke the silence around sexual abuse

This was the beginning of a long-standing narrative that Heard was a compulsive liar, inventing abuse for her own personal gains. She struggled to find work after these first accusations while Depp was picked up for a major role in Fantastic Beasts and Where to Find Them. Interestingly, this was happening at the peak of the #MeToo movement when people were engaging with matters of sexual violence in an unprecedented way.

Can We All Agree That 2017 Was The Year J.K. Rowling Was Cancelled?

The #MeToo movement is a vital piece of context when understanding what has happened in their most recent court battle. #MeToo is a movement that gained traction in 2017 and encouraged people to speak candidly about sexual abuse, harassment and rape culture. Many famous and previously-adored men were reckoned with for their sexual misconduct including Harvey Weinstein, Bill Cosby and R. Kelly. Though the movement was empowering for survivors at the time, the tides changed quickly. Powerful men grew contempt for the movement’s eagerness to call out their problematic behaviour.

This is where the Depp-Heard case’s strategy comes in: use Depp as the poster-child of men who were wrongfully accused and tarnish any semblance of Heard’s dignity in the process. The waves of people who came rushing to Depp’s side should be alarming. The actual court evidence does not favour his case in the slightest. Heard provided countless text messages with disturbing words from Depp who talked of his murder and rape fantasies. She provided a bounty of photos where she was bruised, cut and battered. She even had many people including her sister and a couples counsellor attest to witnessing her injuries. All of this overwhelming evidence of Depp’s abuse towards Heard yet he still won the case with a $15 million settlement.

This was a complex case where Heard definitely played a role in perpetuating the abusive nature of their relationship. But the evidence shows that Depp was the predominant abuser in the relationship and Heard took years before retaliating in her own ways. Depp’s supporters chose to ignore the nuance of this case and hyper focused on Heard’s supposed fallibility. The vitriol directed towards Heard on social media was intense which was detrimental to the case considering the jury was not sequestered.

This means that the jury – made up of four men and two women – were not sheltered from the outside world. Therefore, they were exposed to the entire #JusticeForJohnnyDepp movement. It is hard to believe that this did not sway their final decision. Ultimately, Depp not only won the case but won the public opinion in a profound way. Many are concerned about the repercussions this case could have for future victims speaking out against powerful men who have abused them.

Unfortunately, the precedent has already been set and is in motion. Marilyn Manson is already preparing a defamation case to sue Evan Rachel Wood, who has accused the singer of domestic violence and rape amongst other things. Interestingly, Manson is a close friend of Depp’s. People online have already started directing a similar kind of hatred towards Wood and this is before the case has even begun. The support for Manson is troubling, considering 16 other women have also come forward with accusations towards him. This does not bode well for the future of cases against domestic abuse.

The Depp-Heard case has undoubtedly shown us a glimpse of the Post-#MeToo world: it’s one that lacks total empathy for victims and protects abusive men no matter the cost or the evidence against them.