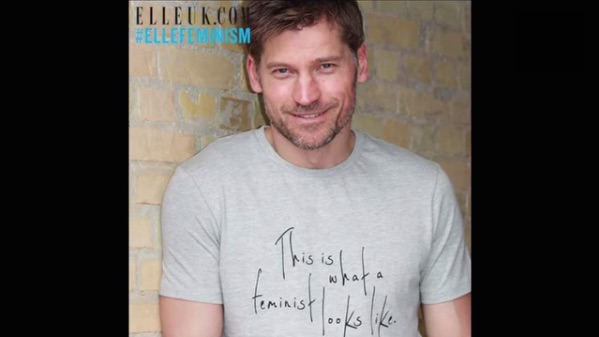 That famous t-shirt with the slogan â€œThis is what a feminist looks likeâ€ has gained traction among artists, celebrities and politicians worldwide. But it turns out this great t-shirt, with a great slogan isn’t all it’s cracked up to be. The Daily Mail recently revealed that the t-shirts are produced by women in Mauritius who work in â€œsweatshop conditionsâ€, earning only R11 an hour. Whereâ€™s the feminism in that?

The Fawcett Society, the womenâ€™s rights organisation that launched the t-shirts, has since defended itself, saying the t-shirts were made in a perfectly ethical manner.

â€œThe evidence we have seen categorically refutes the assertion that the â€˜This is what a feminist looks likeâ€™ t-shirts produced by Whistles were made in a sweatshop,â€ Eva Neitzert, deputy chief executive of the Fawcett Society told the Guardian.

Celebrities from Emma Watson to Joseph Gordon-Levitt have donned the bold garment, and even Ed Miliband, leader of the UKâ€™s Labour Party, owns one. The Fawcett Society charges R266 for the t-shirt on its website, and a limited edition of the shirt recently sold for over R900. At this rate, you’d think they could afford to pay factory workers more than R11 per hour.

AJ Plus, a branch of the Al Jazeera news network, reports that women who work at the factory were forced to sleep 16 to a room.

This is not what a feminist looks like, but it could be what a hypocrite looks like.