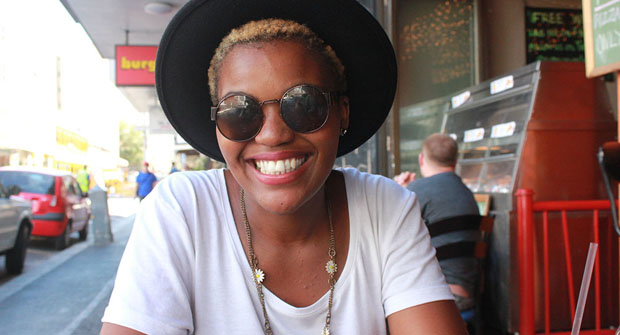 Lwazi Toyi, 30, security guard, Philippi
My home language is isiXhosa. Thereâ€™s no specific name for gay people in isiXhosa, thereâ€™s just a slang name, which is impahla. The real meaning of impahla is clothes, like theyâ€™re wearing ladiesâ€™ clothes. As the time goes by that word has become more recognised to mean gay people, so now everyone knows what that word means. Some gay people get offended, because the word humiliates them and itâ€™s degrading. To be gay is not allowed in Xhosa culture, but we’re living in the 21st century â€“ itâ€™s a new time. We meet friends, and people at work, and also people in our community, so we must learn to live together. There needs to be a word for them in isiXhosa â€“ one that doesnâ€™t offend them. Athi Xhontana, 20, music student, Mbekweni
I call them moffie or nkomponi in isiXhosa. Nkomponi means he is a man living like a woman. I donâ€™t know why they use nkomponi, but thatâ€™s the word I know. I call them moffie because some of the guys donâ€™t behave like men, they are like women. We come from a small township and gay is new to townships. Bongani Mzimeli, 48, investment analyst, Montana
In isiXhosa, we call them isitabane and also abantu abathambileyo. A direct translation for isitabane is a man who has chosen to act like a woman. Some people believe that being gay is a choice that you make, that you are not born with it. Abantu abathambileyo means that you are not manly; you are not strong enough and, therefore, you act like a woman. Of course the words are offensive, but thatâ€™s my take â€“ there are some people who will say that gay people deserve it. People will use these words because in African tradition, they will treat you in a condescending way so that you change your ways and become what is expected of you. Thandeka Mtyala, 19, hospitality student, Khayelitsha
In isiXhosa we use imoffie. Thereâ€™s also isitabane, but thatâ€™s a Zulu word. With Afrikaans and isiXhosa, there are a lot words that we exchange and borrow to use in our language. I grew up using imoffie, so everyone uses that word. Imoffie is offensive â€“ I have gay friends and they prefer to be called gay. We donâ€™t have a word for gay because sometimes when Xhosa people have a son, they donâ€™t even think about having a gay son. So we donâ€™t have our own word, just an Afrikaans version of a word. Ziyanda Mzo, 21, hospitality student, Gugulethu
We use isitabane and imoffie. I donâ€™t have a meaning for imoffie, but to me, using imoffie is being rude, because itâ€™s similar to a woman being called a bitch. I donâ€™t think we should have a word for gay people in isiXhosa, itâ€™s just a way to label people and put them in a box. Every culture speaks their mind in terms of how they are raised to speak. We havenâ€™t yet learnt any other words. Thandokazi Tyindyolo, 22, student, Philippi East
We call them moffies. It means someone who is a guy, but pretends to be a girl. Itâ€™s not offensive to gay people anymore because they call themselves moffies. Old people call them bhuti-sisi, which means confused because you donâ€™t know what you are. Bhuti means guy and sisi means girl, so itâ€™s like you are in-between. But thatâ€™s old people, not us. It is offensive because when you say it in isiXhosa itâ€™s like youâ€™re calling me confused. Weâ€™re finally accepting the fact that there are gay people, but thereâ€™s not that many that we know in isiXhosa culture. Itâ€™s growing, but whoâ€™s going to come up with a word for them? How is everyone going to agree on it? I donâ€™t even know where the word gay comes from.

What do people call homosexuals in your home language â€“ be it isiXhosa, SeSotho, Sepedi, or any other South African language? What do these words mean, and are they neutral or offensive? If youâ€™re interested in sharing your experiences with us, please drop us a line. Please include 150 words on your thoughts, a picture of yourself, and your phone number.Â

– All images by Raâ€™eesa Pather.