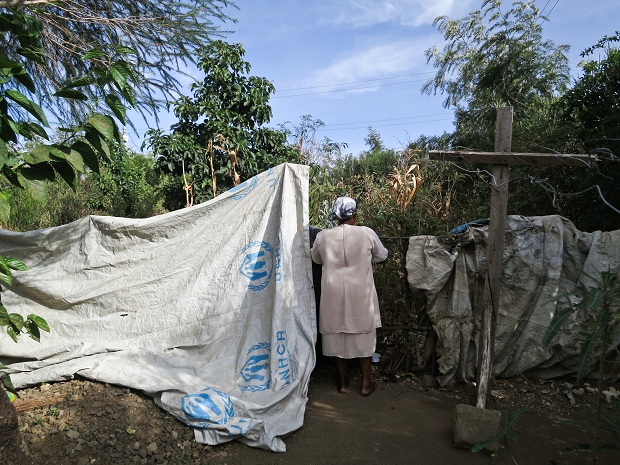 The 2007-2008 post-election violence in Kenya left hundreds of people scarred and years later, the government has done very little to assist those affected. MBALI ZWANE breaks down a new Human Rights Watch report detailing the devastating impact of sexual violence, and poverty and social exclusion that still lingers.

â€œI was raped by five men. They were beating me, pulling my legs apart. I got so hurt. I have a problem controlling urine. If I am pressed, the urine just comes out. I am so ashamed; sometimes I donâ€™t want to be with people,â€ recounts Njeri N, quoted in the report.

Her story is not unique.

Nine hundred cases of sexual violence including gang rapes are said to have occurred in the months following a disputed election in Kenya. Human Rights Watch (HRW) however says the record is likely an underestimate given the reluctance of survivors to report, the stigma attached to sexual violence in Kenya, and fears of retaliation. Perpetrators included militia groups, humanitarian workers, and members of Kenyaâ€™s security forces, according to witnesses and survivors.

Thirty seven of the 136 interviewed survivors became pregnant as a result of the sexual violence. Many gave birth to the babies because abortion is illegal and seen as immoral in Kenya. The women often suffer ambiguous or angry feelings toward their children who themselves also face stigma, rejection, and physical or verbal abuse by their families. Some children have also been discriminated against when acquiring birth certificates since the mothers could not provide the fatherâ€™s name.

Six women who were pregnant at the time of the attack miscarried as a result of the sexual and physical violence.

Whereâ€™s the justice?
Some 562 victims of police shootings who survived, tried to file complaints with authorities but were turned away. 14 people appeared to have been convicted for serious election-related crimes, as of February 2013.

In 2012, a multi-agency taskforce was established by Kenyaâ€™s director of public prosecutions to undertake a comprehensive review of the status of investigation and prosecution of cases of post-election violence. Of the 6,081 reported cases for investigation found by the taskforce, only 366 cases were taken to court for prosecution. Ten were murder cases but only four resulted in convictions.

Sixty nine of 215 opened cases on offences of sexual violence (against a total of 368 cases reported) were taken to court. These resulted in 23 convictions, of which the vast majority were for the crime of defilement.

A 10 billion Kenyan shillings fund to provide â€œrestorative justiceâ€ for victims was announced by President Uhuru Kenyatta. According to HRW, this is a crucial opportunity for rape and sexual violence victims, if they and their needs are properly recognised and reparations are made in line with international standards and best practice.

Letâ€™s rewind a little, what exactly happened in Kenya?
Violence erupted after a disputed presidential election in 2007, and included ethnic killings, sexual violence and retaliations by supporters of both ruling and opposition parties. Insecurity, trauma, fear of stigma, a lack of transport, and insufficient money for treatment prevented most victims from seeking medical attention in the immediate aftermath of the attacks.

What the report makes clear is the effects of the post-electoral violence are still felt in the lived realities of Kenyan people.

The estimated 600, 000 people who were displaced as a result of the violence are still displaced. Many fled their home during the unrest and have never attempted to go back home. There was also widespread destruction and looting of homes and properties, eviction of people from their homes, and physical violence.

â€œThey cut the iron sheet roof and got into the house. Three men raped me and took all my household items. As they were raping me they said, ‘We donâ€™t want to see a Kikuyu living in this area. After we leave, you should move out because if you donâ€™t, other people will come and rape you again’. After they left we moved out. I have never gone back there,â€ says Muthoni M, 42.

Okay, so what does that have to do with the Kenyan government?
Survivors of rape and other sexual violence continue to experience significant physical and psychological trauma and socioeconomic hardship, worsened by the Kenyan governmentâ€™s failure to provide medical care, psychosocial support, monetary compensation. And many Â are still in urgent need.

According to HRW, the Kenyan governmentâ€™s failure to effectively addressÂ sexual violence and compensate survivors is contrary to its international human rights obligations. It continues to undermine womenâ€™s rights and their enjoyment of fundamental freedoms, as well as causing them serious harm and suffering.