Home Sexual Violence The testimonies of these rape victims in Kenya show the failure of...
WhatsApp
Facebook
Twitter
Email
Print 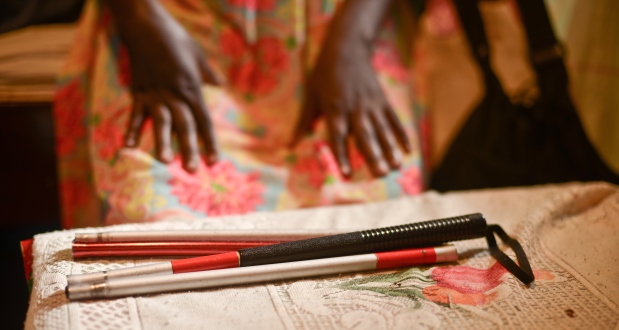 During Kenyaâ€™s 2007-2008 post-election violence, hundreds of women and girls were raped as part of a broad pattern of violations against communities. Sexual violence was used to punish a particular ethnic group or cause them to flee from a location. Most of them struggle with overwhelming physical and psychological health conditions more than eight years later. Several survivors and witnesses described to HUMAN RIGHTS WATCH how perpetrators inserted objects into womenâ€™s vaginas or beat their genitals with objects.

Wamuyu G: â€œThree men attacked me and raped me for about two hours while I had gone to fetch water. They had a pipe that they used first, and then they used their body, and then they used the pipe again. It was a big pipe the size of my hand. I had just had surgery delivering my last child. I couldnâ€™t walk; I was bleeding severely. My back was damaged, my legs were broken and I had to walk in crutches for almost three years. I am not in good health. They removed my uterus because it was badly damaged. I also developed ulcers and hypertension because of the stress. I am on medication, but many times I donâ€™t have money to buy the drugs.â€

Apiyo P: â€œI donâ€™t know the rapists. They asked if I had money, a phone, or wallet. I said no. They said, â€˜You belong to [Raila] Odingaâ€™s people.â€™ They tore my clothes and four of them raped me. As they were raping me, some slapped me with the flat side of the machetes and others kicked me. I was bleeding and my whole body was in pain. Later I found that urine was just coming out. I went to Nakuru Medical [clinic] after three days. If I am pressed, urine just comes out. I feel weak and I have so much shame. I feel hopeless. I just sit and wait to die.â€

Nyasiongo F. was raped, together with her 12-year-old sister. The violent rape left her sister with a brain injury: â€œThe man was so violent with my sister because she was screaming. He hit her on the head with his fists and she fainted. She was in a coma for six months. She is not okay mentally. She does not know how to use a toilet. She faints often. Sometimes she gets violent and breaks things in the house. I became pregnant following the rape and I live with her and my son. We have no relative to help us.â€

Joseph N. was attacked in his home and raped alongside his two daughters: â€œThey beat me seriously with sticks and put me outside the house. They beat and raped both my daughters; so many of them. Then they told me to rape my children. I refused. They hit me with a metal bar and some teeth came off. They said, â€˜If you donâ€™t want to do what we are telling you, you will be our wife.â€ Six boys took me aside and told me to undress. I refused. They beat me all over. My skull cracked a little. They made me their wife; they made me a homosexual. They tied my feet and put me in a ditch. One of my girls got HIV from the rape. She died in June 2014. She met one of her rapists, went into shock, and never recovered. The other one had been badly beaten and shot with a poisoned arrow. They amputated her leg but she kept ailing and died in May 2015.â€

Owuor P: â€œWe are not sure how many raped her (my sister). She told us that she saw three men rape her and then she lost consciousness. She was just quiet most of the time after the rape. She became pregnant. She didnâ€™t want the baby. She tried to abort three times. I used to take her to the MSF [Medecins Sans Frontiers] clinic after the abortions. They would counsel her, but she was adamant she didnâ€™t want the baby. When she was about eight months pregnant, I was called by a neighbour saying my sister had fainted. She was taken to KNH [Kenyatta National Hospital], but she didnâ€™t make it. She had taken some medication to kill herself and the baby.â€

One witness spoke of the mental anguish that her sister went through as a result of rape: â€œShe was raped by more than seven men in Kapsabet. She came to stay with me after the rape. We went to Moi Referral [Hospital] and they counselled her. She stopped talking on the day she was told she was HIV positive. She was admitted at the hospital for about a month. They tried counselling her to take her medication but she completely refused. She asked why the hospital was giving her drugs all the time and they were not taking away the HIV. She refused to go for check-ups. She never used to sleep most of the times. At some point she refused to eat. She eventually died.â€

Wangechi A: â€œI was in the house with my two daughters. They escaped but I could not leave because I had just had a baby and was recovering. They raped me. I cannot tell how many raped me because I was in shock. They harassed me saying, â€˜This is our place and Kikuyus will go to Central [region].â€™ I went to the hospital after about three days. Since that day urine just passes out when I get pressed. Sometimes I feel the urge to urinate and before I get to the toilet the urine has already come out. Sometimes I wet my bed. It is so shameful. I avoid going to public places because you can never tell when the urine will come out. They raped me, and now they gave me this problem.â€