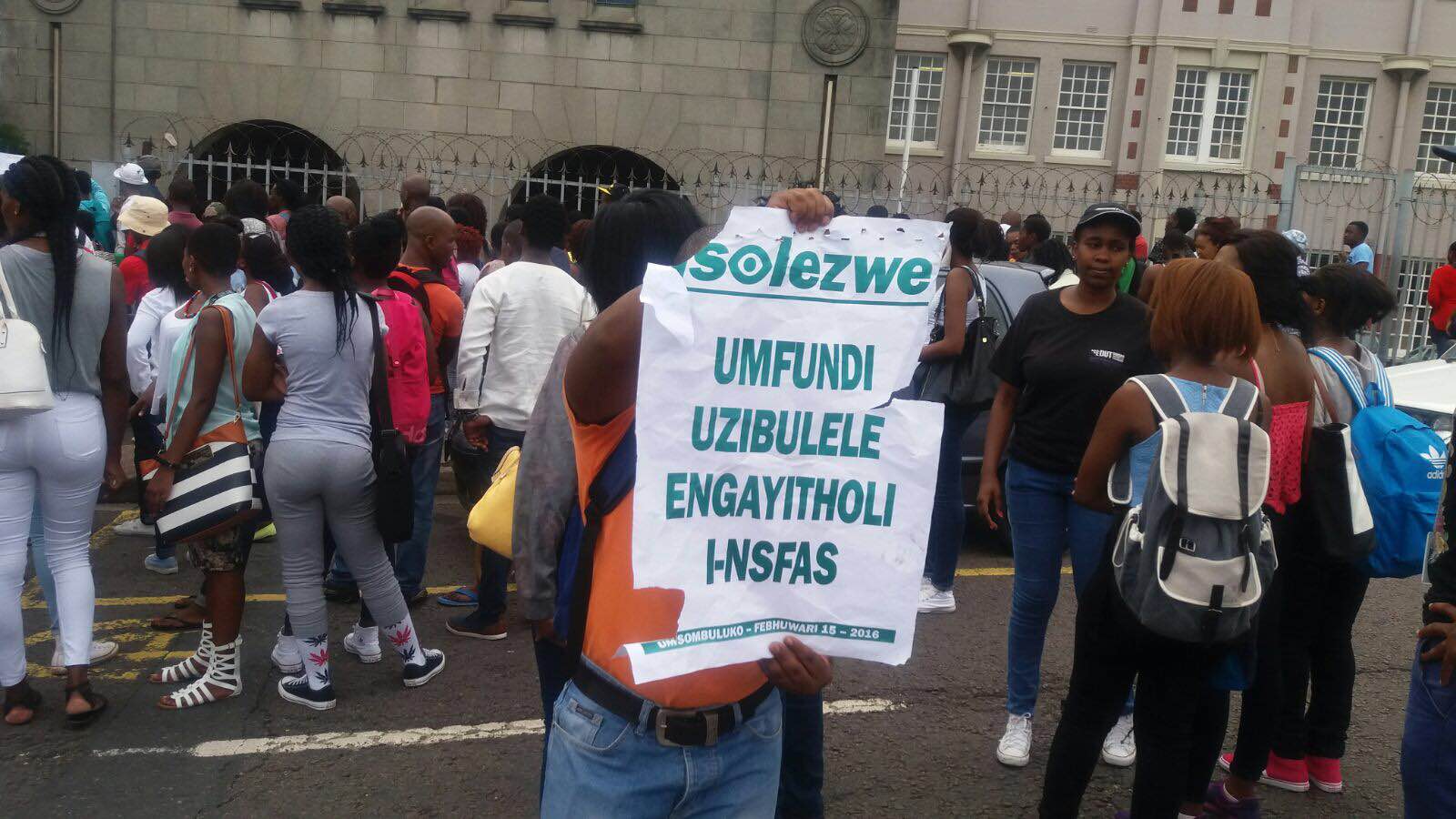 On Tuesday, NSFAS issued a statement sayingÂ Lindelani Myeza, who is widely believed to have committed suicide due to a rejection from the state’s student loan service, was in fact approved for funding.
[four_fifth_last]

“NSFAS can confirm that at the time of his sad death, Mr. Myeza had applied forÂ funding, and was successfully funded based on the NSFAS Means Test.Â Subsequently, he was allowed to register for the 2016 academic year,” Â spokespersonÂ Kagisho Mamabolo said.

All classes at the Durban University of Technology have been suspended until Thursday following protests against NSFAS.

Students from variousÂ campuses of DUT gatheredÂ on City Campus on Monday following reports of the suicide.

“A student killed himself over NSFAS rejection” #DUTShutDown #FeesMustFall pic.twitter.com/QUJM2vjB3C

Students have now moved away from DUT City Campus. Not much activity at Steve Biko Campus, from what I can see.

Myeza, 19, Â was a first-year student from the town of Dundee, who was registered for a management course.

Reporting from the campus, Daily Vox reporter Qiniso Mbili says MyezaÂ trashed his room on Friday evening. He then told representatives from the residence committee that he had just received a text message from NSFAS informing him that his NSFAS application had been rejected. “One committee member left to fetch a security guard to stop the student from trashing his room further and when security arrived he jumped out of his sixthÂ floor window, in full view of others.”

In a letter to DUT students and staff on Monday, Vice Chancellor Ahmed Bawa said the university was still investigating the student’s financial status at the institution. Lectures wereÂ disrupted at theÂ campus on Monday and stun grenades were heard shortly after midday and private security have also firedÂ pellet guns in an effort to disperse protesting students.

According to students, a staff member allegedly showed the middle finger to protesting students. The SRC secretary says City Campus will not operate until that staffer is suspended. Details on this incident are unclear at this point.

Some of the action that prevailed during DUT student protest at City Campus #NSFASSuicidalReaction pic.twitter.com/mLefTYUhyd

-Editor’s note: A previous version of this article reported the student jumping out of a fifth floor window. This has been corrected.Â