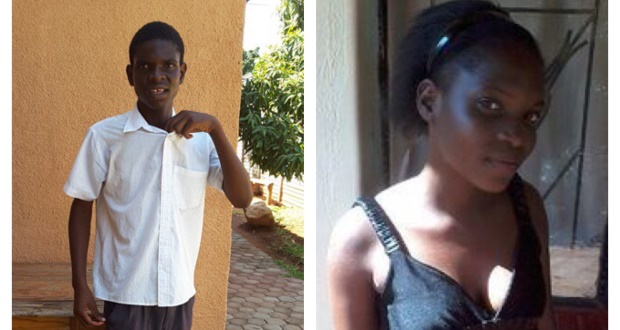 Violet and Michael have lived their whole lives unrecognised by the South African government. The CITIZEN JUSTICE NETWORK tells us their story.

Their mother is Mozambican and their South African father is deceased. Their father was granted South African citizenship through the process of naturalisation.

Violet is now 17 and Michael is 21, but their births were never registered, and that means the siblings are “stateless”, joining thousands of people living in South Africa with no citizenship and nay birth rights.

Three years ago, their mother approached the Musina legal advice centre for assistance. The director, Jacob Matakanye and his colleague Crystal Baloyi have worked closely on this case. Violet and Michaelâ€™s case has not made much headway with home affairs and Matakanye is now seeking the intervention of a pro bono lawyer or the services of a law clinic.

Matakanye says that â€œthereâ€™s a lot of problems concerning citizenship, especially in Musina because it is a border townâ€. He explains that the South African government has great difficulty in awarding citizenship to children born out of wedlock where one parent is South African and one is a foreign national and that has caused a prevalence of stateless people in Musina. In the case of Violet and Michael, their father was a citizen by naturalisation at the time of their birth and their mother was not documented.

The matter has become more urgent now because Michael is in Matric and needs an ID number to register for his exams. In interviews conducted with the siblings, you can clearly see the anguish caused by a sense of no belonging and the effects have a taken a toll on the siblings. Michaelâ€™s distress is visible in how he struggles to relay the magnitude of the problem and says, â€œItâ€™s difficult for us to go to matric and we canâ€™t write matric without documentationâ€.

Home affairs citizenship official Sydney Thukupa explained the complexities of the case. He says, â€œYes of course but citizenship by birth says any child born in the country will qualify for South African citizen by birth if one of the parents is a South African citizen at the time of birth. If the child is born out of wedlock when the child is born in the country the child assumes the status of the mother and then becomes a citizen by birth if the father acknowledges paternity of the child.”

People like Violet and Michael are without birth certificates and identity documents. Life in South Africa and any country is unbearable – even basic human rights are often unenforceable to stateless people. They face endless discrimination and marginalisation. Their lack of documentation often leads to the inability to access basic services, to be employed or to receive an education.

For the two siblings, receiving an education has been a relentless struggle and accessing their matric results will prove difficult without an ID number. As they grow older, they will face the risk of repeated arrests with prolonged detention, one of the many atrocities that are experienced by stateless people. Even the dignity of an official burial and death certificate will be denied.

Their fatherâ€™s passing has proved devastating for their lives in all aspects. Without their father, the two children have been denied South African citizenship and a legal identity. The South African law around statelessness is not developed. There is a lack of legislation on statelessness and how to deal with it; these are some of the biggest problems facing South Africa.

All children born in South Africa must be registered within 30 days of their birth in terms of the Births and Deaths Registration Act of 1992. If it is not done soon after birth, it becomes harder to register them as they grow older because the process of verification becomes more complicated, especially when one or both parents are deceased. Registering the birth is a way of legally acknowledging your children.

The story of Violet and Michael was brought to the attention of The Citizen Justice Network (CJN) by the Musina legal advice centre. CJN investigates unreported crimes and miscarriages of justice in South Africa. CJN trains local paralegals to produce radio reports about legal issues in their communities and broadcast their stories on local community radio stations and online. Visit www.citizenjusticenetwork.org for more information.