Home Politics â€œI would rather have CR17 than NDZâ€ – Young people on the...
WhatsApp
Facebook
Twitter
Email
Print 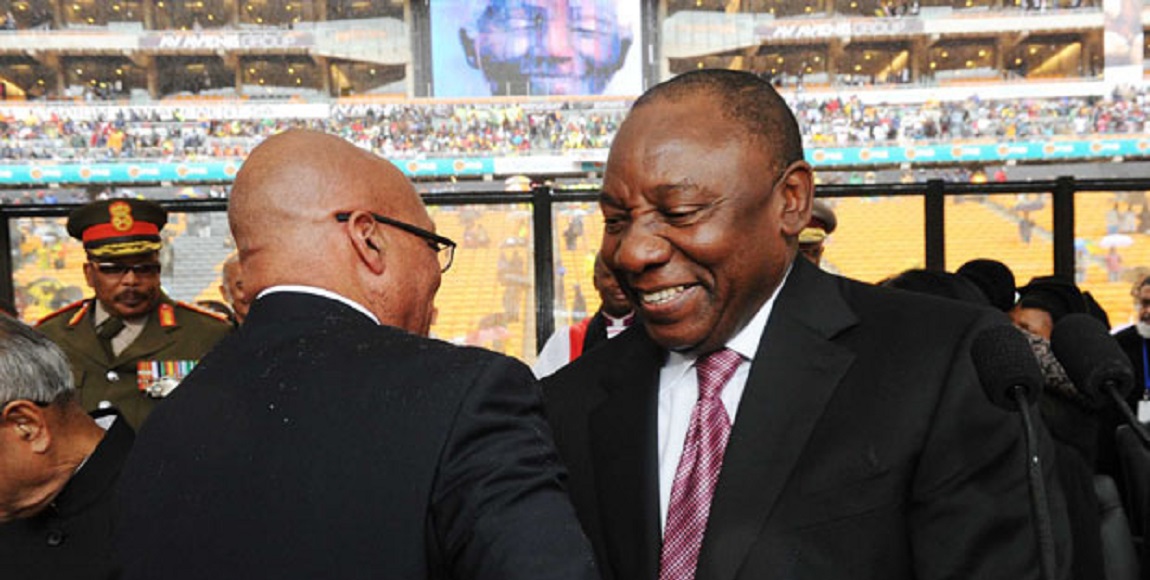 The 54th national conference of the African National Conference (ANC) will be held from 16 December until 20 December, where the ruling party will elect a new president and other national officials. While every political enthusiast and media house is looking forward to this conference, how do young people feel about it? The Daily Vox spoke to a few to gauge youth interest what is undoubtedly going to be the most important political event of the year. Scott Solo, 22, broadcast scanner, Braamfontein
I did know about the ANC conference happening this week. I think it is very important for the country, because this will determine who the president of the country is. But at the same time it really doesnâ€™t matter to me, because I just hate the ANC and what it has become. They’re all corrupt. Cyril Ramaphosa cannot claim moral high ground by saying that he is going to fight corruption. Heâ€™s known what Zuma has been doing but he has done nothing about it. He then goes and talks about Khwezi, as if this is not a sensitive topic. He should have done something if he believed Khwezi. I would bet on Mathews Phosa, but I can now see that he doesnâ€™t stand a chance at all. But I would rather have Ramaphosa than Nkosazana Zuma because she will just be a mouthpiece for Jacob Zuma. It doesn’t even make sense as to how she even became a candidate. I donâ€™t even know what this conference is about. I really donâ€™t care about it. But I do think that Cyril Ramaphosa is number one. I love him. I feel like he knows a lot of things and understands why education is important. He knows that we need education and we need funding. I donâ€™t think Dlamini-Zuma will make a good president. She’s a woman, so no thank you. I knew there was some ANC conference but I didnâ€™t know it was happening this weekend I know that Dlamini-Zuma and Ramaphosa are running. I read somewhere that there are other candidates and I didnâ€™t know their names, but those were the two leading ones. I think those two got the focus because of their popularity and political interest, that’s why the media is focusing in them specifically. I think the youth should care about the conference because the ANC is the leading political party and it is important we know who is going to lead this party. I think Dlamini-Zuma will become president, because I think she has a good reputation for her work as the first woman president of the African Union Commission. Cyril has a lot of blood in his hands, due to Marikana. I’m just not able to support him, because I think he’s a very irresponsible man and has caused a lot of damage. Rachel Selogilwe, 38, IT administrator, Soweto
I only know of Dlamini-Zuma and Ramaphosa, because those are the only two people that people are speaking about. Lindiwe Sisulu and Mathews Phosa will not win, because no one cares for them. Young people should care about this conference and who is elected because they also vote in general elections. I am betting on Ramaphosa. I believe Nkosazana is still a Zuma so corruption is still going to happen. Nothing will change if she is president. Whoever takes over will have an effect on us and our future. But itâ€™s sad that even I myself as a young person donâ€™t know about it, and Iâ€™m sure a lot of young people donâ€™t too and donâ€™t care as well. I am not sure if I care too but I think at the same time it is important we know who the next president of the party is. I hope Nkosazana wins, not because I’m a feminist, but all these men are greedy. Sheâ€™s wise. I donâ€™t even know who Lindiwe Sisulu is and I definitely did not know that she was running. Who is she?