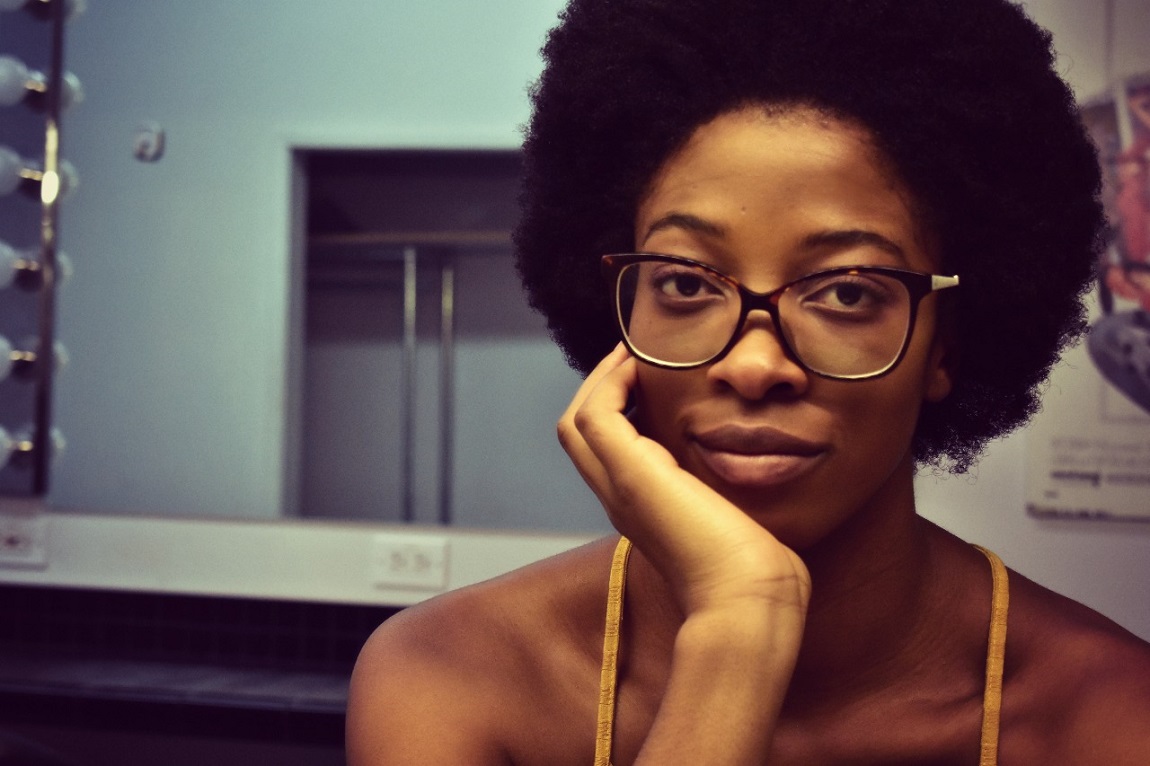 Céline Tshika can’t be boxed into just one art genre. She is a writer, singer, actor, and blogger. From the Democratic Republic of Congo (DRC) to South Africa and now Los Angeles (LA), Tshika is determined to make her mark on the world. Currently studying in LA, Tshika is looking to get a permanent stay and develop her art in LA. The Daily Vox spoke to her about her artistic journey.

Born in the DRC, Tshika and her family migrated to Johannesburg, South Africa when she was just a few months old for financial reasons. She says it was very interesting having to navigate the difficulty of being both Congolese and South African. “You can grow up in another country but you are still surrounded by family and extended family, and their values so I felt like I was probably more Congolese than South African,” she says.

Moving to Cape Town for university, Tshika says she studied a “real degree” because her parents insisted on. She however had her heart firmly set on being an actor. “I got the real degree but I knew I wanted to go to the United States. I knew they had scholarship opportunities every year so I kept tabs on that and in my final year I went to to the audition – and I got in,” she says.

Tshika has quite the impressive resume having dabbled in a little of everything. From student films like Diary of Bolanle to plays like Ruined – which speaks about women’s experiences during the war in the DRC, producing her own music and comedy show “DAMN: The Mix and Serve”, she has done it all. Tshika started making music while she was still studying and this year she made a music video for her song “How Do You Sleep” Trained in many forms of dance, she has also danced in music videos for other artists like soul singer, Jessica LRel.

Having worked in so many different art forms, Tshika says it is a challenge for her to choose which she likes the best. At this point in her career, she says if she has to choose it would be writing. “Even though I enjoy singing, the writing part has always been the part I liked and enjoyed the most. Between singing, dancing and acting I honestly can’t choose. They are all really fun in their own ways,” she says.

She got in to writing during her acting course and is currently scripting a web series about life in LA. Tshika says living in LA has been an adjustment because many people are ignorant about Africa. “Culturally it has been interesting to see the differences between how people interact here versus how they interact in South Africa. I’m told that we are a lot more blunt in South Africa or African culture in general. Americans tend to sugarcoat a lot of things and it was a bit overwhelming at first,” she says.

As for her writing, Tshika says she enjoys writing comedy the most – especially as she uses it as a way to deal with life. She says: “A lot of times I am very sensitive to issues and I can’t deal with it because I take things so heavy – so the way I deal with things is make light of it.”

Finally, Tshika can’t wait to come back to South Africa to develop projects at home. “There is a lot of talent in South Africa and a lot of good things are happening there. I am hoping in 20 years time South Africans and Africans in general won’t have to go somewhere else to develop,” she says. Tshika says while Americans have a monopoly of entertainment, she is eager for the moment when the people of Africa get their art on a huge platform, saying “I am hoping to be a part of that.”