Much of history is told from the position of “Big Men” who oft gloss over or ignore the contributions made by women and the working class. This is not true of Panashe Chigumadzi’s new book These Bones Will Rise Again. In a beautiful essay that reads as part memoir, part analysis Chigumadzi centers her late grandmother Mbuya Chigumadzi and the spirit medium of Mbuya Nehanda in her understanding of Zimbabwean political history. In the book, Chigumadzi writes a diary of the post-independence rule in Zimbabwe till the 80’s, the economic downturn of the 90’s, and the fast-track land reform policies at the end of the century. She writes of Robert Mugabe’s ousting in November 2017 and her hopes for the future of her country. These Bones Will Rise Again tells the human story of the politics in Zimbabwe within the three generations.

It is told through uncovering her late grandmother’s personal history, through songs, through oral tradition – stories told by ordinary Zimbabweans-, and through the ancestral spirit of anti-colonial heroine Mbuya Nehanda, the founding ancestor of Zimbabwe’s revolution.

The book is reflective of a Zimbabwean “born-free’s” desire to make sense of her country, it’s history, it’s politics. It’s an understanding beyond what political pundits and party politics, the aforementioned “Big Men”.

As Chigumadzi writes in the book: “There are many questions and I am looking for answers. The kind of answers that slip past the facts of history books or analyses by pundits and experts. Answers that are not party politics. That are not Zimbabwe African National Union Patriotic Front, or Zimbabwe African People’s Union or the Movement for Democratic Change. Answers that are not Cecil John Rhodes, Ian Smith, Joshua Nkomo, Robert Mugabe, Morgan Tsvangirai or Emmerson Mnangagwa, or any other Big Men in the history of the nation.”

The Zimbabwean-born novelist and journalist grew up in South Africa. Her first book Sweet Medicine won the 2016 K. Sello Duiker Literary Award. At the 2018 Zimbabwe International Women’s Awards she was named Best Author. Chigumadzi is the founding editor of Vanguard magazine, a platform for young black women coming of age in post-apartheid South Africa and has written for The New York Times, The Johannesburg Review of Books, The Guardian, Transition, Washington Post, and Die Zeit.

The book is borne of a yearning for answers that emanate from the land of her ancestors. It emanates from her desire to know her grandmother beyond her role within the family structure. Chigumadzi writes of her feeling of dislocation from the land of her birth having been raised in South Africa and her ancestral connection to Zimbabwe. Her sincerity to seek truth carries out beautifully throughout the book.

It’s clear that history is told differently when it is told by women. For too long our history has been dominated by the narrative of (often white) men in positions of power. Our history has for too long ignored the contributions made by people that these men don’t deem important: the working class, women, queer people and others who exist on the fringes of society. Books like These Bones Will Rise Again are important because they challenge dominant narratives and provide more inclusive accounts of historical events.

Published by Indigo Press, These Bones Will Rise Again is distributed by Jacana Media in South Africa. It’s available online and at most good bookstores for R175. 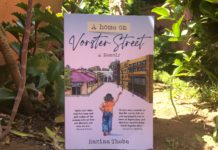 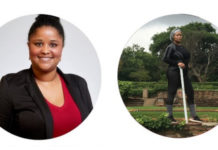