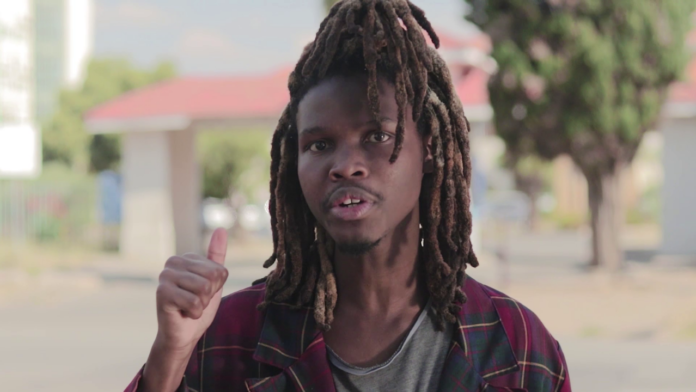 In June 2020, the Constitutional Court ruled that the Electoral Act is unconstitutional. The Act required citizens to be elected to political office through their membership of political parties. This paved the way for independent candidates to stand in provincial and national elections. However, to contest local elections, candidates have not needed to register with a party.

For this year’s local government elections, there has been a significant increase in local candidates contesting. The Daily Vox team spoke to an independent candidate,Tshiamo Malatji who is running for ward 19 Councillor in Mangaung.

Firstly, what does it mean to run as an independent candidate?

Our message is no more politics – we want to take the politics out of political campaigning. It might sound difficult, but I think it is possible. What usually happens is that political parties play games with each other. The election is all about showing the flaws of the other party. It’s never about people and about communities solving the issues that we face.

So, why did I decide to run as an independent candidate? Well it’s to avoid getting involved in the political game playing. There are people who don’t have food or money for rent and we need to focus on them.

Malatji has been working as an activist with the Mangaung community in soup kitchens and other types of community initiatives.

This is the actual process of becoming an independent candidate. According to the Electoral Commission, you need to fill in some forms. You also have to be nominated by registered voters in your ward. You need 50 signatures of registered voters and you need to pay quite a hefty fee of R1000, which quite frankly is very exclusionary. I think the poorest of people should be allowed to contest elections but already the fee excludes a lot of people.

As part of his campaigning, Malatj had to get signatures from 50 registered voters. With the lack of voter registration weekends due to the pandemic, this process was quite difficult. He said people were also nervous to share their identity numbers with an independent candidate. There were also several technical issues with the online registration issue.

There’s a lot of money that goes into the process especially for someone that’s not well known yet. It takes a lot of money to hire lots of volunteers. The procedure of running as an independent is costly. It’s pretty exclusionary, and it can have a lot of issues.

What do mayors and councillors earn?

What made you determined to register and contest as an independent candidate?

Unlike most young people I don’t believe in elections. I’ve never believed that elections change communities fundamentally, even if you elect the right candidate. I always believe that it’s the actual community coming together that makes a difference. Lots of people coming together and pressuring the government will at least lead to increased public support for higher education or issues, whether it’s housing and lack of shelter and sanitation.

Malatji has never actually voted in an election or supported elections. However, with the COVID-19 pandemic and the worsening situation for many, he realised that municipal resources would be the best resource to alleviate people’s difficulties.

There are vacant buildings in our area that could be used to help people. But if someone gets elected that doesn’t care about those things, then those resources won’t go to helping people, especially now when things have been so much worse. We want to campaign to win and if we win, we want to use those municipal resources to help people. Regardless of the outcome of the election though, the campaign is to create more pressure on the government through communities coming together.

In the best case scenario, we become the government, and we implement these policies. In the worst case scenario we just create as much pressure as we can.

How did you go about crowdfunding or raising funds for your campaign?

We launched a social media campaign asking for donations. I also contacted people that live in the area to finance the public campaign. That’s mostly how we’ve been fundraising. There are about five independent candidates in our area. We’re basically the real definition of independent where it’s just us, the volunteers and community. But it doesn’t mean that we’re alone because I think the community really supports our campaigns.

What are some of the issues facing your area and how will you tackle it?

Our main campaign message is that we should use municipal resources for the people that need it the most. We need to build a community that works for everyone. Every single issue in our manifesto links back to the resources the municipality already has that people can use.

A lot of people go hungry because they cannot afford to buy food from the supermarket. There’s vacant land which we could use for food gardens, operated by the community. There are various techniques such as agro-ecology to keep the costs low, so that you can grow more. It’s sustainable because the community is in charge of the food production. In the long run we aren’t dependent on the government and other private donors.

Shelter is obviously a big problem. Many people have lost access to shelter and rent money due to the pandemic. In the immediate term, we need to create temporary shelters where people can stay while they try to find a more permanent place. We need to empower things such as housing cooperatives, so that the community actually owns it. They can come together and actually purchase the property. The municipality should assist in forming housing cooperatives.

With the informal traders, for many young people, there aren’t any jobs available. So they make clothes and other items. The municipality can help by converting unused buildings to community centres and buy the necessary equipment for the young people. Young entrepreneurs who need supplies can go to the community centre and get it there.

Regardless of what issue people are facing you’ll find that this can be connected to a resource from the municipality.

What does it mean to take politics out of a political campaign?

We think there’s three ways that politics have been destructive for local government. The first is that all our discussions and our initiatives are away from the community. It’s a competition for political parties. The second is there’s a centralisation of power so political party bosses decide the agenda. As a councillor, if you want to keep your political career, you have to keep your political boss happy. The third way I think politics has been destroyed is with the idea that I’m a member of this party, you’re a member of that party. We’re enemies who have to work against each other instead of working together. To take the politics out of the political system is to say that this isn’t about the political bosses or the colour of your T-shirt, it’s about the community. The community should be the only focus.

What role are independent candidates going to play in these elections?

Independents have been allowed to run in local elections and we’ve seen that hasn’t been a great success to independent candidates. That’s because of the size of the entire electoral system, and the amount of money required that means independents simply cannot compete.

What is the plan for your campaign?

What we are going to do online and in person campaign online campaigns. We’re mainly going to focus on creating short video clips that can be shared on WhatsApp, Tik Tok and Instagram. We also have a website. It’s about making viral content and useful videos that will be shared amongst members of the community. We ask people to share it online. We’ll also be going around to different areas like shopping centers etc. So as people are going about their general work, they’ll be passing through our campaign. They might ask us questions. We can take down their contact details and canvass. The bulk of our campaign is going to just be signs that we have on us. It’s not just about putting a sign on a telephone pole. It’s about literally having us as volunteers going around.

The local government elections will be taking place on November 1.