Home Identity In his own words: Geralt Cloete on using the arts to honour...
WhatsApp
Facebook
Twitter
Email
Print 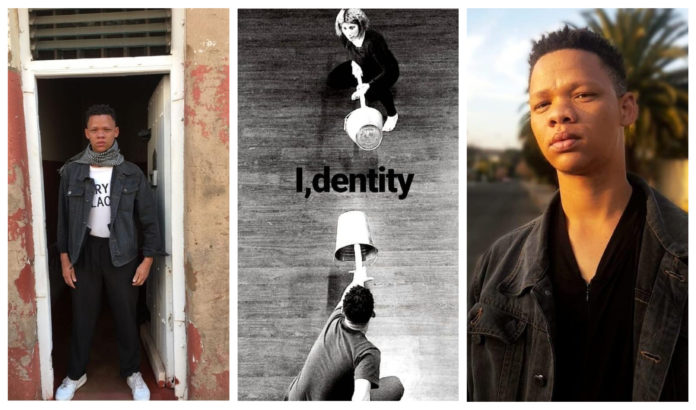 Geralt Cloete is an MA student in Dramatic Arts at Wits University. He is from a small town in the Northern Cape. He honours his heritage through theatre production and other mediums. We speak to him about how he tries to work through loss of heritage and what should have been his mother tongue.

Tell us about yourself

I am a Nama Khoi South African. In my work, I celebrate my Nama and Khoi heritage. I never had the opportunity to learn the Nama language. My Dad didn’t teach me. It was probably because of his own trauma around how the language had been taken away from our people. The colonial system really pushed us into a desert, where we really don’t have healing or restoration. I did a puppetry workshop in 2014 while I was doing my third-year in professional acting at City Varsity in Cape Town. In 2015 my stagehand work got me work as a set assistant. So I randomly ended up helping puppeteer on ZA News, and then as a freelance wardrobe artist. So I have always been working in all aspects of dramatic arts.

Tell us about your work?

I am from a small town in the Namaqualand in the Northern Cape; Sanddrif. My work in dramatic Arts is always rooted in my home. Since 2018 home has always been a focal point for me. It has also been about longing, and wanting to belong somewhere.  I produced a play with Estee Claasen called Identity. We interrogated the complexity of the Coloured identity and heritage. Estee is from the Western Cape, and I am from the Northern Cape – so we could explore the regional differences. In the same year I conceptualised another play called As. It was an Afrikaans play. It was about how suicide affects those left behind. It was not just about the physical act, but metaphorically too. The suicide of identity, questioning language loss too.

No matter what I do, my home and the language I never learned will always be part of my work. This is my pathos; I can draw strength from this loss in many ways. Something very important to me is ancestral recognition. I don’t expect anyone from home to feel guilty for not being more vocal to reclaim the Nama and Khoi heritage. My home town is drowning in poverty. Employment is at an all-time high, like most of South Africa. The only real tangible employment is in the mines, and there is just no work. The main step towards reclamation is acknowledgement, and I feel I can do more than I am. I study and live in Johannesburg, so I am better off than I am at home – even though there are daily struggles especially with the pandemic. Employment gives stability, and that is everyone’s immediate stress. So we can’t blame people for not focusing on heritage. But it is so important to still fight for it, because it’s a continuous loss over and over. Going home is always a reminder of the struggles of people in the Northern Cape. I have the luxury of being able to leave. Many people don’t have that privilege. The Northern Cape is very neglected. The provincial government ignores kids looking for bursaries to study.

What are your future plans?

My latest project is a virtual theatre script reading festival. It will take place on the 12th and 13th of December 2020. I have ten confirmed artists. The intention is to create visibility for Black and Coloured artists within the Afrikaans theatre industry. It celebrates upcoming artists, and also established artists that yearn for visibility in this industry. It re-imagines theatre because of the pandemic. The artists will probably be doing pre-recorded readings. We are keeping the festival free to watch and access. But any donations are welcome as I would like to pay the artists for being part of it. But the overall intention is visibility and providing access to theatre to everyone. I hope to do this festival through my production company, Nama Khoi productions. My goal is to keep creating in all mediums, and honouring my heritage always. There is a Khoi Language gathering between 12-15th December this year in the Northern Cape. It will really be a way to reconcile self-healing by attending this gathering. We are currently crowdfunding here.

Visibility is so important. We need to see more of our heritage, lost or not. Everyone has a story, and we deserve space to share those stories.

Follow Geralt on IG to keep updated with his projects, and to help assist with his virtual theatre festival.