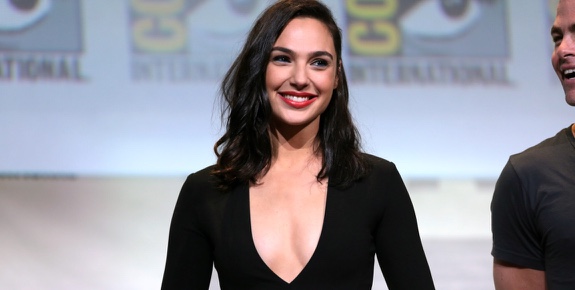 Comic book character Wonder Woman was appointed a UN honorary ambassador for the empowerment of women and girls in October 2016. Two months later, she was stripped of the role after much backlash. More than 16 000 people signed a petition calling for her removal, stating, “It is alarming that the United Nations would consider using a character with an overtly sexualised image at a time when headline news is the objectification of women and girls,” and calling the choice “not culturally encompassing or sensitive”.

But let’s be holistic in our criticism of Wonder Woman in 2017, then. While calling out the UN for their decision to use a fictional character to represent an ideal for women’s empowerment – when there are actual women, doing actual life-changing work, that would serve as wonderful role models – is totally correct, why are we not criticising the choice of actress as one of a former Israeli army soldier?

Because in 2017, when conversations around issues such as gender and representation are as prevalent as they are, we cannot be selective in what we consider.

Gal Gadot was chosen to play Diana Prince, AKA Wonder Woman, warrior princess of the Amazons. She starred in Batman vs Superman: Dawn of Justice, in 2016, and Wonder Woman – the first-ever superhero movie featuring a female lead character – will be released on 2 June 2017.

As an Amazon, ideally Wonder Woman is someone tall, voluptuous, and probably not white. To be fair, the original actress, Lynda Carter, didn’t really satisfy these criteria either. But that was in the 70s. Surely we’ve progressed since then?

Gadot was born in Israel in 1985. She won the Miss Israel title at the age of 19 and resultantly represented Israel at the 2004 Miss Universe beauty pageant in Ecuador, which launched her career as a model and actress. A year later, Gadot joined the Israeli army and worked as a model throughout her two-year service as a sports trainer in the army. In 2007, she took a part in the Maxim photo shoot, Women of the Israeli Army, which focused on models who served in the IDF.

According to DC Comics spokesperson, Courtney Simmons: “Wonder Woman stands for peace, justice and equality, and for 75 years she has been a motivating force for many.”

So if that’s the case, is it really okay to be having Wonder Woman be someone complicit in a system of oppression, fully supportive of a regime that is wholly suppressive of the human rights of an entire nation?

Somehow, rejecting Palestinian rights to self-determination doesn’t seem to quite be in line with upholding justice and equality.

Some of her perceptions of the character she represents are also troubling. In an interview with Collider, Gadot remarked about her character that “she doesn’t see the difference between any gender difference. It’s not even an issue, you know. She comes from this world where men and women are equal and it’s not a thing to be a man or to be a woman”.

In a world that is fraught with gender inequality is it really okay to be so nonchalant about the importance of representation of women, particularly in such a male-dominated space as superheroes/comics? While in theory, men and women should be equal, the reality is far from that. And before the constructive change can come about, we need to accept that.

It may just be entertainment, but at the same time, when the kinds of conversations around issues of discourses and representing are as prevalent as they are, it’s not. What kind of subconscious messages are we sending out about justice and empowerment if we aren’t critically thinking about what goes into representing a certain character?

Because as it stands, what I’m getting is this: the current Wonder Woman can do it all – target innocent civilians, and wear lipstick at the same time.

Update: In December 2016, the UN dropped Wonder Woman as an ambassador for empowering girls and women following international outrage over the decision to appoint a fictional character as a women’s ambassador.

“It is alarming that the United Nations would consider using a character with an overtly sexualised image at a time when the headline news in United States and the world is the objectification of women and girls,” the petition’s authors wrote.