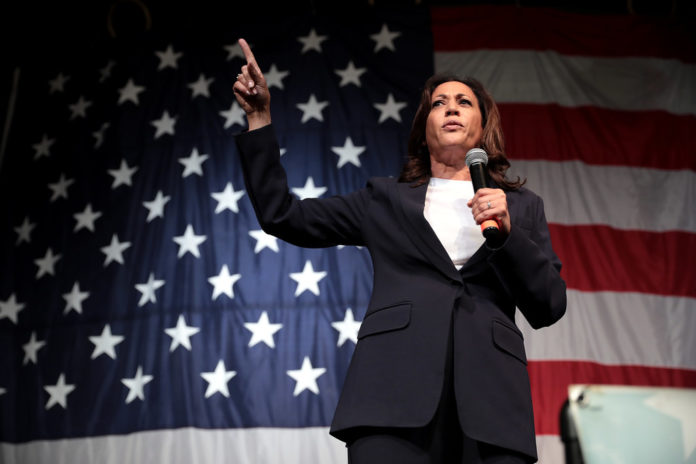 On Saturday evening, news sites in the United States of America (USA) announced that Joe Biden would be the next president of the country. Joining Biden, Kamala Harris will be the first woman, the first black American and the first Asian American to hold the country’s second highest office.

Predictably there was an outpouring of congratulations and support from people all around the world. The Donald Trump nightmare of the past four years was over, many expressed online. And not only was Trump being removed from office but he would be replaced by what is being seen as a win for representation politics. Harris would be making history within the American political system. There is no doubt about that.

Read more: Does women’s political participation matter when the policies are still patriarchal?

But the victory at the polls raises major questions of representation and identity politics. It’s all well and good to celebrate a win for diversity and representation. But what does it mean when that diversity and representation is damaging? There is no escaping the fact that no matter who is in charge of the US, the country is often a destructive and damaging force. That’s why despite much going on regionally and internally, South Africans remained rooted to Twitter feeds to watch the election unfold. The American elections have an impact on the economies and thus the livelihoods of people across the world.

US foreign policy impacts whether people live or die. The bombs and drones the American military drops on countries on the African continent and the Middle East have real impact. Those are all guided by the leaders in charge whether they are Trump, Biden or Barack Obama. It doesn’t matter who is sitting in the Oval Office. The people who are losing their family and homes don’t care whether there is a woman or a person of colour making those decisions.

Representation is important and there is no doubt about it. It allows people who have been marginalised and tossed aside by the system to see themselves in a position of power. Whether it’s in pop culture, politics or sports, representation matters. That’s why Harris has been described as breaking one of the world’s highest glass ceilings. It matters on a certain level that Harris is taking up that position.

But should representation just be for representation’s sake? Representation does not necessarily mean liberation and in itself it does not guarantee to make people’s lives matter. It might make you beam with pride but then what? Having a woman in one of the most powerful positions in the world just means a woman now has control over the weapons of state violence. It doesn’t mean anything that a woman of colour is now in the system when it’s the system that is the problem.

And this not just speaking about the possible conjecture of what Harris will do for the system. It’s looking at the actual policies she supported during her law and political career. She had been nicknamed the cop because of her record during her time as San Francisco district attorney. Harris’s tough-on-truancy laws led to parents of habitually truant school children going to jail. When Michael Brown was shot by the police in Ferguson, she rejected calls from civil rights groups to investigate deadly police shootings in San Francisco.

She supported policies that required law enforcement to turn over undocumented juvenile immigrants if they were arrested and suspected of committing a felony. This was regardless of whether they were actually convicted of a crime.

While Americans who voted for Biden and Harris are definitely allowed to celebrate the win, there is so much more at stake. That’s part of the pervasive idea of American exceptionalism. It’s the idea that was thought up by the “founding fathers” of America. It was this idea that the United States would become the champion of the universal rights of all humankind. That’s why for many Americans, they viewed the last four years of the Trump administration as a mistake. Now with the Biden/Harris victory, they believe they will go back to being exceptional.

But if the work done by many activists and groups on the ground over the years proves that the work is not done. The Black Lives Matter movement emerged during the Obama administration. Now Americans will have to fight to undo the damage of the Trump administration and ensure that they hold Biden and Harris accountable. We can’t be saying “Girl boss FTW” while Harris reinforces American hegemony and supremacy in the most harmful of ways.

Read more: Here’s what Trump and Biden have said about South Africa