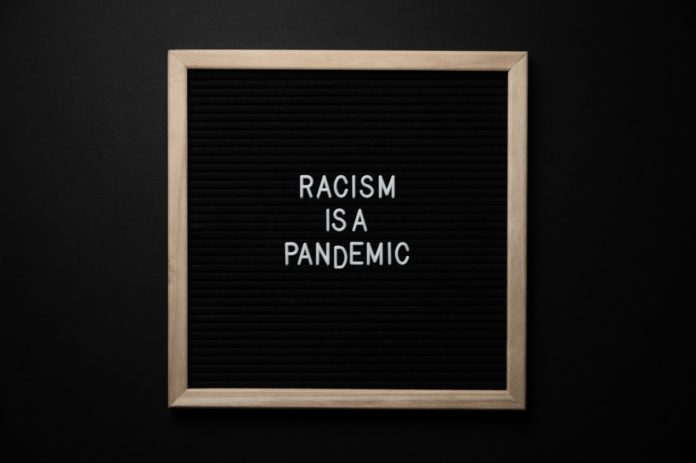 South Africa is inherently racist. Remember we had an entire political regime based on racial segregation. And the ideology that informed those policies are not exactly dead. The effects of that are still very much part of our fabric as a society. And though we hail freedom and reconciliation, every now and again the veneer cracks. Last weekend it was alleged that learners at a high school in Cape Town’s northern suburbs held a whites-only matric ball. In response, the Economic Freedom Fighters (EFF) protested against the allegations outside Brackenfell High. And then on Monday, EFF members were assaulted by parents and security guards outside the school.

Since then, several people have chimed in saying the EFF are known disruptors – thus they somehow had it coming. And then even the MEC for Education in the Western Cape has wondered aloud on Twitter what the problem would be if people of only one race had attended a private party.

Yes, an elected representative of the people of South Africa in the year of our Lord 2020.

It’s no wonder all this has touched a raw nerve.

From the visuals we can see the picket was peaceful until the parents instigated violence. Brackenfell High School was not involved in the planning of the Matric ball. Parents of Matric learners had organised the event, and the invitation was open to all. A former learner of Brackenfell High school and resident said in this video that the invitation was open to all including his nephew who attends the school. He says some learners declined because of Covid regulations. It has been claimed there was no racism involved. But Black and Coloured learners were excluded from this private function. And again, this is about more than just one party. In recent days,  an instagram account that posts experiences of racism from former and current learners at Brackenfell High School has been widely shared.

This is more than just tempers flaring at a protest. This is South Africa. The school has denied involvement, fair enough. But it is encouraging separatism based on race by not addressing it as such. It is a cop out to just put out a statement saying it had no involvement in the event. The EFF is a convenient scapegoat for the school’s reaction. Discussing the merits of private functions again misses the point that exclusion based on race is racism. Brackenfell High school has been cowardly. It is also delusional to extract race from the protest incident. The video evidence has also shown us who were being violent – white parents and Brackenfell residents. The school faces further scrutiny as  President Cyril Ramaphosa has publicly condemned the violence. The Western Cape Premier Alan Winde and the MEC for Education Debbie Schäfer visited the school today, condemning the violence and calling for more arrests.

Secondly we can condemn all the violence we want but this smells of a cover up. Black and Coloured learners were excluded from the event. This is racism. Exclusion based on race is racism. White people were beating up Black protesters, in full view of cameras. This is racism. It happened. Learners posting their experiences on  social media accounts anonymously is real. It is tangible. This is not some passive aggressive action, or slurs being used. There is literal violence and lived experiences that culminated in a whites-only event. Yet the school denies it as such. Silence and distancing is indicative of acquiescence. Not having to confront something for what it is, makes it easier to dismiss. Sweeping things like prejudice and racism under rugs results in clashes like this.

Democracy may have heralded a new dawn but it did not put to bed exclusionary practices. It lifted the lid off of the disease of racism in South Africa. Racism is a pandemic that South Africa has always had. There is no utopia of a racism-free South Africa, but a good place to start is in our schools. If you think of excluding anyone based on their race, don’t have the event. Make better choices and take responsibility for those choices. Confront your prejudices, and work on unlearning it.