Home Politics This is what Biden must do to reverse some of Trump’s worst...
WhatsApp
Facebook
Twitter
Email
Print 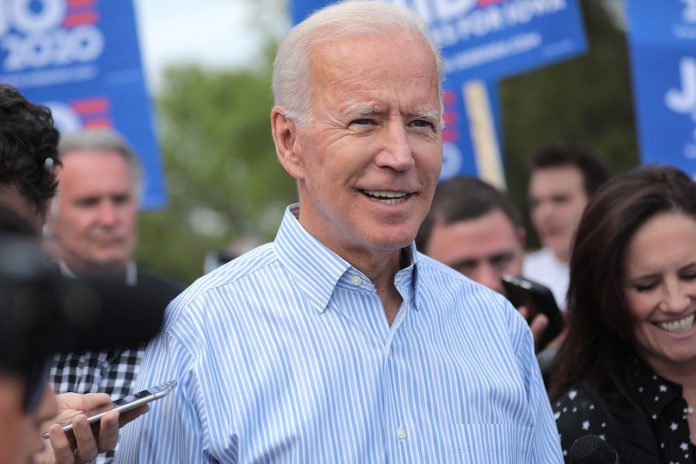 Right now, it looks like the Trump administration is going nowhere. They are stomping their feet, refusing to concede and obstructing the process of the transition. So that’s going to be interesting to watch. But if democracy does win, and Biden does eventually take office, there’s a whole lot he’s got to do to reverse some of Trumpism’s worst policies for us in the rest of the world.

Read more: Here’s what Trump and Biden have said about South Africa

In June, Trump formally moved to withdraw the US from the WHO. This meant key funding was withdrawn from the WHO in the middle of COVID-19 pandemic. Dr Leaza Jernberg, independent researcher and consultant said Biden has already stated he will rejoin the WHO. “Given everything that’s happening at the moment both with the pandemic but more generally that’s a really good move from a global governance perspective,” Jernberg said. It will signal to the world that America is ready to play a more traditional leadership role once more.

Ryan Cummings from Signal Risk said the Biden administration is more than likely to reinstate funding to the WHO, and align itself with the best global practices like enforcing public mask wearing.

Biden will need to deal with the COVID-19 pandemic which continues to rage across the US. America currently has its highest rate of hospitalisations as the infection rates continue to increase exponentially.

One of the first things Trump did upon taking office as the president of the US was to reinstate the Mexico City Policy or Global Gag Rule. This meant he blocked US funding for health clinics that provide reproductive health services worldwide. It was first introduced in 1984 and since then US presidents have either revoked it or reinstated. One of Biden’s campaign promises is that he will revoke it. This policy directly affects the sexual and reproductive rights of South African women. It meant there was a long-term negative effect on the quality of care and information available to South African women when they sought sexual and reproductive healthcare.

Bob Wekesa from the African Center for the Study of the United States said there are many policies due for reversal but a major one is with regards to the US return to the Paris agreement on climate change. On  June 1, 2017 Trump announced that the U.S. would cease all participation in the 2015 Paris Agreement on climate change mitigation. As the US election was taking place, the US formally withdrew from the agreement. As the climate crisis continues and begins to affect more people, Biden will need to rejoin the agreement immediately when he becomes president.

Immediately upon taking office, Trump put in a place a “Muslim ban”. An execeutive order from Trump temporarily banned refugees as well as other travellers to the US from seven Muslim-majority countries. While the ban didn’t affect South Africa, it did affect many African countries Sudan, Libya, and Somalia.

Read more: Why are we surprised that the #MuslimBan is a thing?

Biden has promised to overturn this ban. He intends to rescind Trump’s travel bans on the first day of his presidency.

Change the US embassy in Israel

Another of the big decisions Trump made during his time in office was to move the US embassy in Israel to Jerusalem. This caused mass protests by Palestinians as Jerusalem is part of the disputed land. While Biden has on many occasions pledged his support for Israel, if he truly wants to insist with the peace process in Palestine and Israel, he needs to move the embassy back to Tel Aviv as a start.

While Biden needs to rejoin many of the agreements Trump withdrew from and mend  multilateral relations, his bigger concerns remain internal. Gilbert Khadiagala from the African Center for the Study of the United States said Africa is very peripheral to US interests whether it is a Republican or Democratic administration.

“There has always been a good bilateral relationship between the US and South Africa that I imagine will be strengthened under Biden,” Cummings concluded. They will focus on consolidation, reconciliation, and addressing the Covid-19 pandemic and the impact it had on the US.

“In the immediate, Biden’s work is internal. He has to balance a monumental task of internal consolidation, unity while looking towards how he sets a principled example for external partners,” said Michalle Small, Wits University department of International Relations.