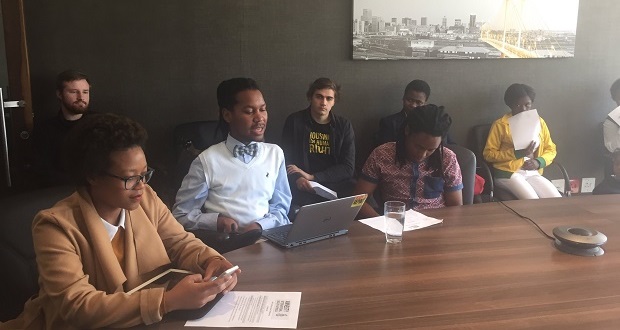 Activism comes in its different shapes and forms, and itâ€™s often the everyday citizens that have the greatest impact on their communities, like the youth of Orange Farm. The Daily Vox caught up with a panel of young people whose activism is driven by social change.

â€œThe biggest challenge young people in Orange Farm are faced with now is lack of opportunities and employment. When they take the initiative to look for these in neighbouring towns, theyâ€™re often turned away,â€ activist Andrew Moyo said at a panel discussion organised by Amnesty International South Africa. Unemployment, said Moyo, and other activists, was also the main reason for the prevalence of substance and alcohol abuse crippling young people in the Orange Farm area.

The discussion, called the â€œCritical Forumâ€ , was in commemoration of Youth Day, but sought to relate new and dynamic ways in which young people today define and engage with activism and human rights discourse with the struggles of the past.

According to Bambi Stewart, programmes intern at Amnesty International, who works with the young activists at Orange Farm, the youth continue to make attempts to organise for social change and thatâ€™s the driver of their activism.

The room was filled with young people ranging between primary and high school pupils, with a handful of students from tertiary institutions and others from working-class backgrounds.

The most vital conversation regarding the promotion of activism was sparked by a question on how one can practice activism and exercise their human rights without infringing upon the next person. This opened the discussion about intersectionality, an integral part of activism and social movements, to be dissected and applied to their lives to better understand its importance.

This discussion was important to highlight the need for activists to check their privilege and not oppress others who may actually be an ally.

Amnesty International members reflected on the lack of plurality of voices and that spoke to the youngsters sitting around the table who feel excluded because of the lack of community development in Orange Farm.

â€œAs an activist and someone who works for an organisation, I learned the importance of engaging people in their locality. Human rights discourse can seem removed from peopleâ€™s daily lived realities because of the way we sometimes package it without taking into consideration relevance related to context,â€ said Stewart.

â€œAs young people, itâ€™s time we call for a serious national indaba, one that gives young people a real platform to make a structural change. As we continue to amplify our voices in our different localities, we also amplify the multiplicity/intersectional nature of our struggleâ€.