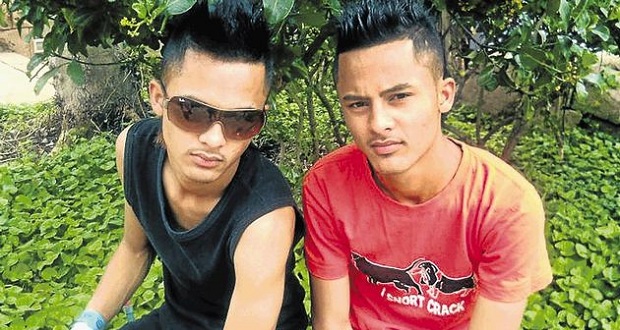 Activists from CAGE Africa say that due process was ignored when Brendon-Lee and Tony-Lee Thulsie were arrested on terror-related charges on 9 July.

On Thursday, their lawyers argued in the Johannesburg magistrates court that the twins had been unlawfully arrested since no arrest warrants had been presented at the time of their arrests and search and seizure of their property.

Defence forcing State’s hand to disclose exactly what is currently in the docket to justify arrests. Case resumes Fri.@ANN7tv #ThulsieTwins

According to their lawyers, the way in which the search was carried out was excessive and an abuse of power. The search on Brendon-Leeâ€™s home, where he lives with his mother, was done with 20-30 armed police officers. They held them at gunpoint on the floor, only providing a search warrant after they had searched part of the house.

At the second home, Tony-Leeâ€™s cottage where he lives with his wife, the police broke in without providing a search warrant and questioned them for one and a half hours. They only had a warrant for the home of Brendon-Lee. In both cases, they were made to sign a consent form in a climate of intimidation, surrounded by armed police officers and without being informed about their right to legal representation, which they chose not to sign.

Karen Jayes, spokesperson for CAGE Africa, said that the way in which this was carried out was excessive. â€œThe manner in which the Thulsie homes were searched demonstrates an abuse of power by police and if the Court agrees that there was no basis for the search in the first place, a breach of the rule of law,â€ she said.

She also said that the police caused fear in the community when they broke inside Tony-Leeâ€™s home. â€œNot only did police break into the main house adjoining Yakeenâ€™s [Tony-Leeâ€™s] residence, but they also broke and entered into Sallahuddinâ€™s [Brendon-Leeâ€™s] neighbourâ€™s house, even though the number on the house was clearly different from the number they were looking for,â€ she said.

The twinsâ€™ lawyers submitted affidavits to the court on Thursday in support of their argument. The matter was postponed to Friday to give the state time to prepare its affidavits, in which it is expected to show that the twinsâ€™ arrests were lawful.

If #ThulsieTwins are successful in challenging the lawfulness of their arrest & detention then bail app is null and void. @ANN7tv

Why #ThulsieTwins state witness says he is retracting his statement. pic.twitter.com/rlCcnil9bO

When the matter resumed on Friday, the state presented its affidavit which included evidence obtained from the twins’ homes. It presented a number of photos which was found on the twinsâ€™ computer when the police searched their homes. One of the photos shows the twins standing together, one wearing what the state claims is a “bomb belt” and the other is holding an automatic rifle. The state also claims to have found manuals detailing how to build bombs.

The state also argued that Brandon-Lee Thulsie had opened a bank account with money that is linked to ISIS. Toni-Lee Thulsie, who used code name Simba, was actively planning to blow himself up and Toni-Lee was communicating with someone who had strong links to ISIL in Ethiopia, where they discussed how to detonate explosives and how to carry out terrorist attacks in South Africa.

The magistrateÂ intends calling the investigating officer to give testimony on Monday.

Editors’ note: The Daily Vox has attempted to contact the Hawks spokesperson but was unable to reach him at the time this story was published. We have since been informed that the matter is now in the hands of the National Prosecuting Authority.