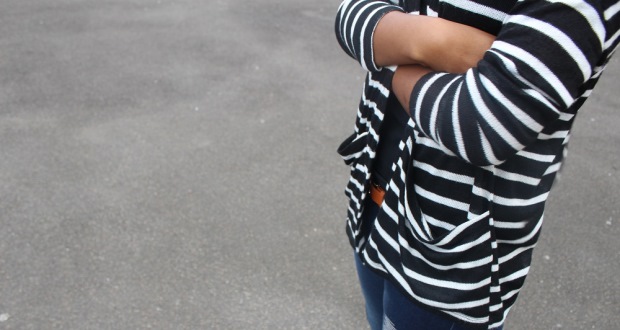 In March, Deputy President, Cyril Ramaphosa announced a plan to decriminalise sex work in South Africa. According to Sex Workers Education and Taskforce, almost one in five new HIV infections could be attributed to the sex work industry, and less than 5% of the estimated 153, 000 sex workers in South Africa were reached with HIV prevention services. Qiniso Mbili spoke to *ZINHLE MKHIZE, who has been a sex worker for more than ten years.

I am a mother of two boys, I am also a daughter and a sister. My father left my mother to marry someone else before he died. My mother has never worked before, has no form of education and is old now. We are a family of ten and no one in the household has a formal job.

In the year 2000, I dropped out of school at grade 11 after I had just given birth to my second son. I dropped out so I could feed my children and the family. My family had already been struggling that time and I knew I couldn’t put more pressure on them by having them take care of my two children. I worked as a kitchen girl for about three years for multiple families. I kept losing the jobs and the money was just not enough for me to sustain my huge family; I knew I had to find something more stable and lucrative.

I started doing sex work in 2005. A woman I had met in the city introduced me to it. She gave me accommodation and bought me new clothes. I and a few other girls were working for her. The clients there were very classy and they paid well. However, I had to also pay the lady for her accommodation and for her to let me continue working there. I was fine with it.

My first time was very traumatic, I can still remember it even today, but after a few more times I got used to it. I told my mother I had gotten a job as a cleaner at a hospital, she was very happy. The money kept getting better the more I got used to doing it. In 2008, I started building a big house for my family. In 2010 it was finished and they moved in.

In order to do this job one has to sacrifice a piece of themselves, and some do this by taking drugs. Most people think all of us drink and take drugs, but this is not true. This also comes with people thinking prostitutes are bad people and that is wrong. Some of the kindest people I have met are prostitutes.

Prostitution is not a bad thing; some people are feeding families off of this. It should be taken as a matter of willing buyer and willing seller.

In 2011, the place in which I used to work from was shut down and I had to move into a less organised place. Here, there is no form of management and security. It is much more lucrative here and also much more dangerous. In 2012 there was a lady that was killed in one of the rooms, she was found with a stab wound in her room and the suspect was never caught because he had probably left a long time ago. Here we also work with mostly drunk men and this is a huge problem.

In my first place of work we charged R350 for an hour, this was a lot of money but there were relatively less clients. Where I now work, it is R50 per round. This is much less money but the clients are much more frequent here. Days aren’t the same; some days you can have more than 10 clients and on some, you’ll get only five.

If prostitution was to be legalised, the trade would become much better. This would stop the exploitation of workers by madams through labour policies. The trade would also become much safer. Women are abused by the police and clients almost every day. Although this hasn’t happened to me before, it is very common for police to arrest prostitutes and ask for sexual favours as a bribe.

I have been raped three times but now I cannot report these because what I am doing is illegal. Rape is unexplainably traumatic. No matter how many times it can happen to you, it will be as traumatic as the first time. While it happens, you’re also thinking of the possibility of this person killing you afterwards. The first time the man just refused to pay after the service had been granted to him, to me that was rape and I learnt a lesson to always ask for the money first. My second time I was held at gunpoint and third time at knifepoint. I am still shaken about these incidents. What’s worse is not knowing when it will happen next. But I have no choice but to work, I have to pay bills and feed myself and the family.

My family now knows what I do, even my oldest son. He is now in grade 11 and is a very bright kid; as soon as he finishes matric I will stop this work. I have wanted to get out of it but it is very hard to stop when money is a necessity. It’s hard to work where I will earn much less than I am right now. Also without any kind of education, there is nowhere else I can work and make this kind of money.

Prostitution will always be there. Government just needs to realise that we are people too and legalise it so that we can reduce the abuse, health problems and make things easier for everyone.