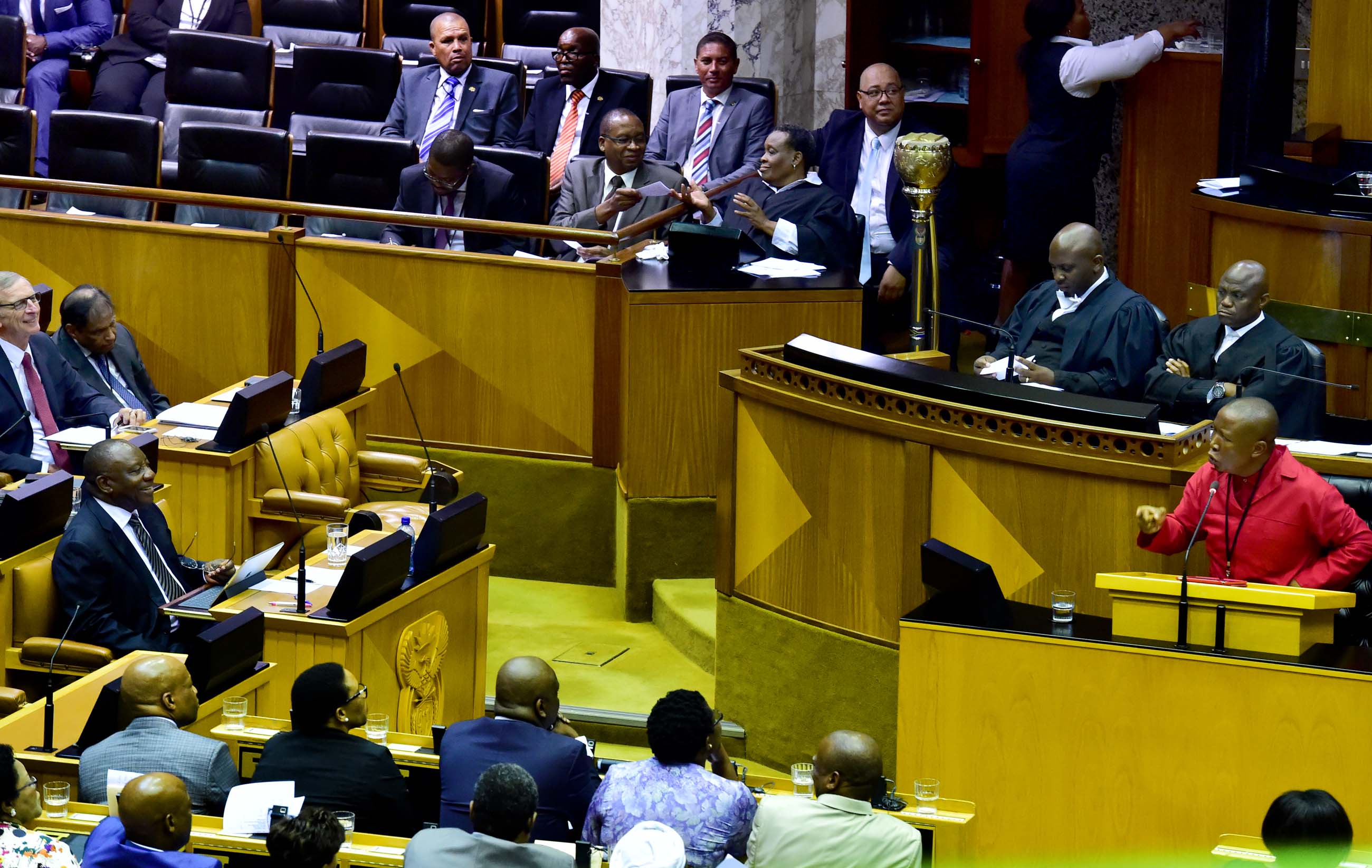 On Tuesday afternoon, the parliamentary caucus of the African National Congress (ANC) chose to support a draft resolution, with amendments, introduced by the Economic Freedom Fighters (EFF) for parliament to establish an ad hoc committee to explore, debate and finally introduce a constitutional amendment to allow for the expropriation of land without compensation in the public interest.

On Tuesday, the CIC @Julius_S_Malema will lead a Motion on Expropriation of Land without Compensation for Equal Redistribution at 14h00.

On behalf of the ANC, the newly-appointed minister for water and sanitation Gugile Nkwinti (who before the Monday night cabinet reshuffle, was the land reform minister) said that the governing party would support the motion, brought in the name of the EFF leader Julius Malema.

There was an early indication on Tuesday that the ANC caucus would adopt the resolution – and essentially make sure that it would pass – when the ANC national executive member Tony Yengeni tweeted that the governing party would support the motion.

The ANC caucus in parliament has been instructed to support the motion on expropriation of land without compensation by the EFF today precisely because it is now our ANC conference resolution and policy.. WMC and their political mouthpiece the DA are in big big trouble..!

In his speech, Malema drew the picture of land dispossession from the arrival of Jan van Riebeeck in 1652 at the Cape, to the failure of the ANC to â€˜freeâ€™ the people from the townships, which he called prison camps.

ANC proposed changes to the EFF Motion on #LandExpropriation

Speaking for the Democratic Alliance (DA), Thandeka Mbabama began by acknowledging that black people had been historically dispossessed and forced off their land. She said that the government needed to right that wrong, but then said: â€œExpropriation of land without compensation cannot be a part of the solution.â€

Min Nkwinti insists on a materialist historical approach, & says ‘land was not stolen, but it was taken through brutal wars of colonial conquest’, citing the resistance by the Khoi (Khoesan) against Jan van Riebeeck, who submitted a 1660 report to reflect this. #LandExpropriation

Mbabama said that such a policy would erode trust and business confidence.

The Inkatha Freedom Party (IFP) backed the idea of expropriation of land without compensation â€œonly in limited circumstancesâ€, as per the inkosi Russel Nsikayezwe Cebekhuluâ€™s speech. He also said that a more appropriate mechanism was a constitutional review, rather than an ad hoc committee.

The Freedom Front Plus (FF+) rejected the motion and rejected the entire notion that black people had been unfairly dispossessed at all in the past. But the DA, African Christian Democratic Party (ACDP), Congress of the People (Cope) acknowledged South Africaâ€™s painful and chose rather to reject expropriation without compensation as the correct mechanism to address it.

The EFFâ€™s draft resolution was drawn to capitalise on the ANCâ€™s resolution at its 54th national conference in December 2017 that expropriation of land without compensation must go ahead. President Cyril Ramaphosa made a similar commitment in his inaugural State of the Nation Address earlier this month, saying, â€œWe are determined that expropriation without compensation should be implemented in a way that increases agricultural production, improves food security and ensure that the land is returned to those from whom it was taken under colonialism and apartheid.â€

The draft resolution read: â€œThat the House acknowledges that in his State of the Nation Address, President Ramaphosa made a commitment that government will embark on a radical land reform programme that entails expropriation of land without compensationâ€¦â€

It’s kinda sad seeing parliament not filled to capacity during a debate on the most heinous crime that continous to divide South Africa … that time many remain landless #LandExpropriation pic.twitter.com/OT5yfatetT

It then called for parliament to establish an ad hoc committee to review and amend section 25 of the constitution (the property clause) to make expropriation without compensation in the public interest possible, to hold public consultations, and to make other necessary constitutional amendments which will make the EFFâ€™s land tenure policy possible.

In other words, Tuesdayâ€™s debate in parliament was a debate to set up a debate which may lead to a constitutional amendment to make expropriation of land without compensation possible, and legal. Only in parliament, eh.

Watch the full debate below: 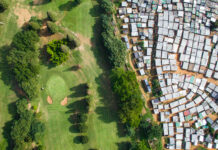