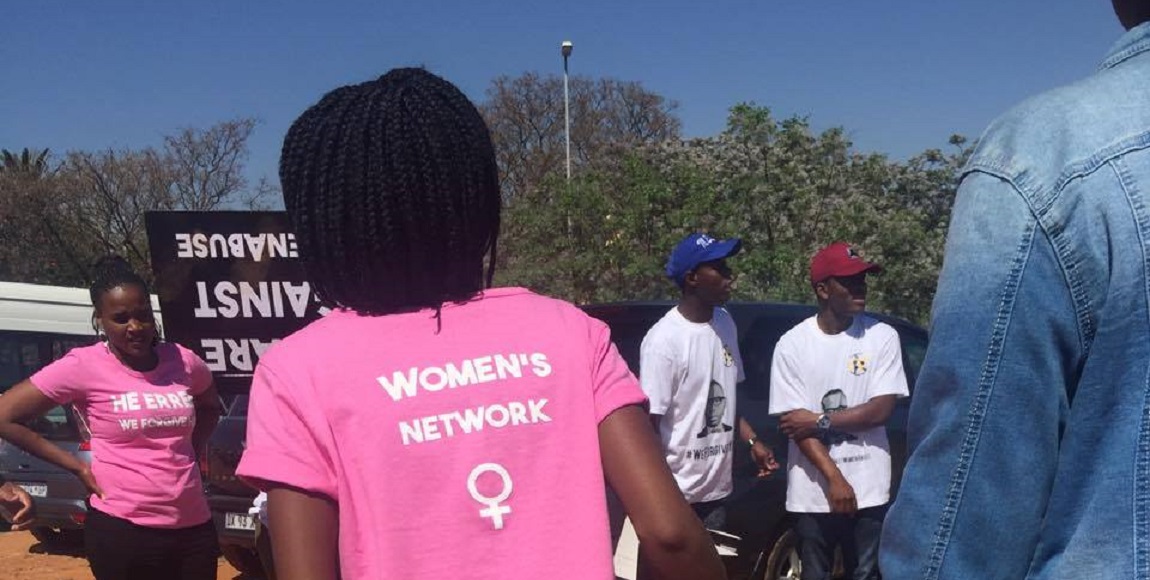 A group of about 50 university students gathered outside the Randburg Magistrate’s court on Wednesday to support former deputy minister of higher education, Mduduzi Manana, who was appearing on assault charges. The students sang and held placards that said â€œManana has radically transformed TVET collegesâ€ and â€œWe are against women abuseâ€. Rumana Akoob spoke with them. Aluwani Choke, 21, student, UJ, Auckland Park
We donâ€™t condone the abuse of women but we also appreciate the rehabilitation methods that the former deputy minister has been taking and how he did the honourable thing by resigning. We appreciate him and what heâ€™s doing. I am not supporting him, I am supporting his actions. Good leaders do acknowledge when they are wrong. A lot of these abusers never get the acknowledgement. We often focus on the victim rather than the abuser. We are supporting him through the rehabilitation so he does not abuse others.

Manana was facing two charges of assault with the intent to do grievous bodily harm relating to an incident that took place at a Fourways nightclub on August 6. He later resigned from his post as deputy minister. Andisani Mbedzi, 20, student, University of Johannesburg, Auckland Park
We here to support Minister Manana and we are here to acknowledge that we are 100% against abuse and we are apologetic about it. He was provoked as well. We also stand with the LQBTI community. We want people to be aware that abuse is real and it is happening, we do stand against it. Even though you are a minister, you will still be charged with abuse of women. It is a very big thing right now. We had a walk at UJ recently against gender based violence so it is also in our actions that we are against women abuse.

Supporters of the anti-gender violence campaign #NotInMyName and people in DA shirts, who also protested outside the court, accused Manana supporters of perpetuating women abuse. Freddy Khoza, 23, student, Tshwane University of Technology, Pretoria
We are here to support the deputy minister. He has done a lot in the universities. Most of the Fees Must Fall resolutions were from him. As youth it is important [to support him]. He has also shown remorsefulness which is part of our human nature. As Africans we think he should be given a second chance – everybody should be given a second chance. The caseâ€™s verdict is quite obvious. We wish he could only be fined for his wrong doing. For him apologizing and resigning is enough.

Manana claimed he had been provoked by comments made about his sexuality. When speaking to students outside court, he said that abuse stopped with him. He also said he would approach organisations and join campaigns against women abuse. Innocent Shabangu, 21, student, Tshwane University of Technology, Pretoria
I am here to support Manana and his case. He admitted he was wrong and asked for forgiveness. He deserves this forgiveness because he was provoked, he didnâ€™t just do it. He apologised and that is enough. He also resigned knowing he did something wrong. I want them to set him free. He has learnt his lesson.

Manana pleaded guilty and admitted to slapping, punching, kicking and dragging the survivors by the hair. He will be sentenced on November 7.