Home Fascination Map Of The Soul Persona: Nothing But Luv For The BTS Comeback
WhatsApp
Facebook
Twitter
Email
Print 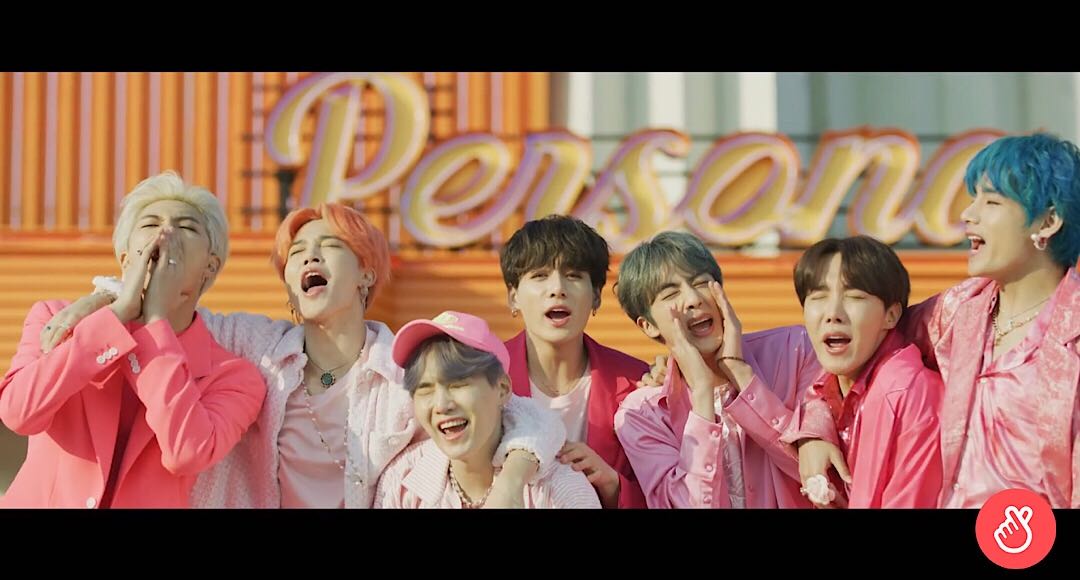 By SHAAZIA EBRAHIM and FATIMA MOOSA.

It’s official. K-pop group BTS are back and better than ever! Following their August comeback with Idol, the group returned with album Map Of The Soul: Persona on April 12. Their music video for the title track Boy With Luv dropped the same day. And we’re not okay.

The video is giving us all the feels

Our beautiful, soft boys are back with the most uplifting love song. We watched them struggle through the stages of loving yourself with their previous albums and now we were rewarded with what it looks like to be a boy with love. The song doesn’t necessarily describe romantic love but more about what it means to have love within you: a theme that the group has followed for the past few albums.

We can’t decide what we love more: RM’s nod to Neyo’s Miss Independent in his all-white ensemble, the close-ups of Worldwide Handsome Jin hitting all those notes, Suga’s fire rap verse, j-Hope’s smooth moves which we know and love, and the overall rudeness of the maknae line (Jimin, V and Jungkook). The overall aesthetics of the video is a thing of beauty especially the throwbacks to their 2017 song DNA with the pastel colours and couch-jumping.

The story behind the album

In the new album BTS, our intellectual kings, are inspired by Carl Jung’s theories of psychology, where “persona” refers an archetype of the human mind that deals with public image, or who we present ourselves to the world. BTS have often spoken about how important it is for them to remain true to themselves and authentic in the work they produce.

And because we all know BTS and their entertainment company BigHit Entertainment are geniuses, the album was actually teased a whole two years ago. During a *2017* Korean award show performance the group left clues about the song. At the time fans thought it referred to their 2014 song Boy In Luv but it was actually a reference to the 2019 release!

Hours before the album dropped, BTS shared details of each of their tracks including another collaboration with a Western artist. During a press briefing, the group revealed that they had worked with British singer-songwriter Ed Sheeran on “Make It Right”. The title track “Boy With Luv”, which features singer and songwriter Halsey, has been described as a song about true strength and love which comes from finding joy in the smallest things in life. What else but pure perfection could we expect from the group that gifted us with the Love Yourself albums?

The other tracks on the album follow the much-loved messaging from the group about self-love and the overwhelming love the group has for their fans. The song “Home” is literally an ode to ARMY and speaks about the relationship between the group and their fans.

We are crying already.

In a statement, the group said: “You’ve given us so much love, and now we want to get to know our fans more. We filled our album with our genuine feelings and the messages that we want to share with you.”

No one was prepared when BTS leader Namjoon dropped Persona on March 27. The song took us way back to Intro: Skool Luv Affair when BTS was still a rookie group with a predominantly hip hop sound. The video featured similar visuals and signage. The song set the bar for what is a fantastic album about growing up, self-discovery, and following your dreams. This is a theme that BTS has followed since they debuted way back in 2013.

BTS are literally that group who always breaks their own records. Forget competing with other artists, BTS only competition is themselves. Dreamus – a music distributor – revealed that the group’s album recorded 3 021 822 stock pre-orders until April 11.

This is the first time that a BTS album has surpassed 3 million pre-orders. Their previous record was Love Yourself: Answer where they got 1 511 910 pre-orders.

But the BTS fandom, ARMY, is aiming for even bigger things. ARMYis set on racking up 100 million views on YouTube in 24 hours, breaking the current record. On April 4, K-pop girl group BLACKPINK garnered 56.7 million views in the first 24 hours with their “Kill This Love” video, beating out beat the previous record holder, Ariana Grande’s “thank u, next”.

On Twitter, all the top 10 trends in the world had to do with the BTS comeback. Even in South Africa, #MAP_OF_THE_SOUL_PERSONA  trended at number five within one hour of release.