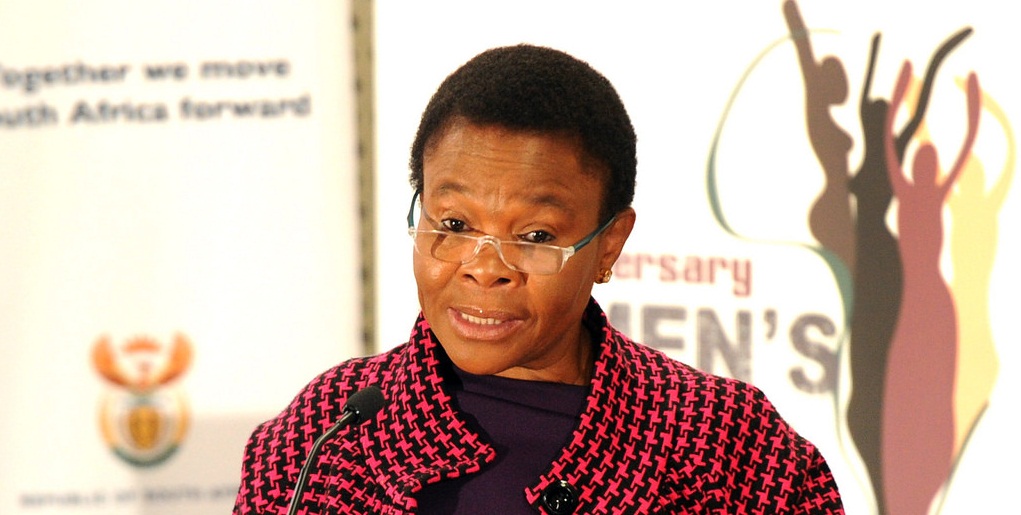 Minister of Women in the Presidency, Susan Shabangu, said on Saturday that Karabo Mokoena, who was allegedly murdered by her boyfriend Sandile Mantsoe, was weak and as a result, stayed in her abusive relationship. The ministerâ€™s words come at a time when victim-blaming is part of the narrative around femicide and sexual violence in the country.

We’d like to hear your thoughts on this statement made by the minister of women, Susan Shabangu. pic.twitter.com/gn7YQ5WQGb

â€œShe was weak and hence she became a victim of abuse. As she tried to deal with her situation in sharing it with other abused women, she ended up being a victim of abuse,â€ Shabangu said on eNCAâ€™s Checkpoint, which aired on Tuesday night.

Mantsoe is in court today for his bail hearing, where he faces charges of premeditated murder and defeating the ends of justice.

Shabangu and her department have faced intense criticism over a perceived lack of response and engagement with the seemingly neverending accounts of femicide, abduction and abuse in the media over the past few weeks.

This week, the department was allocated an amount of R206-million to carry out its mandate to â€œlead, coordinate and oversee the transformation agenda on womenâ€™s socio-economic empowerment, rights and equalityâ€. Money well wasted, if the ministerâ€™s comments and the behaviour of the department in general are anything to go by.

In 2015, the department trolled Bonang Matheba on Twitter when she criticised her ex-partner Euphonikâ€™s involvement in a gender violence campaign. Matheba alleged that Euphonik had physically abused her in 2012, but later dropped the charges.

Is Bonang thinking Euphonik shouldn’t be part of the campaign? Didn’t she later withdrew charges against him?

What should be done with women who press charges then later withdraw them?

An outcry followed on social media, where people made the obvious point that dropping charges does not mean that no crime was committed, and that South Africaâ€™s justice system does not exactly guarantee that a perpetrator will be successfully charged. (By the way, the tweets still havenâ€™t been deleted, despite the outcry. DGAF much?)

Shabanguâ€™s most recent statement about Karabo Mokoena is part of a narrative that blames women for being abused, rather than blaming abusers for their actions. What Shabangu and others who echo the sentiment are saying, under a thin layer of sympathy, is this: strong women donâ€™t get abused. Weak women need to be strong to stay safe. This kind of rhetoric, from the people who claim to be part of a transformational gender equality movement, are simply not good enough.

Once again, women are somehow responsible for making sure that predatory and abusive partners donâ€™t hurt or kill them. This is on top of all the other ways women are meant to protect themselves: donâ€™t walk alone, donâ€™t go out at night, donâ€™t drink – the list is endless but somehow forgets to tell men not to hurt or kill women.

Women must be vigilant and not talk to strangers, don’t find yourselves alone in deserted area but try to be in a safe space #endgbv https://t.co/0Z1TdPYRx4

We shouldnâ€™t have to waste our time saying something so obvious, but here it is, again: blaming the victim is a trash move. Do better, Minister Shabangu.