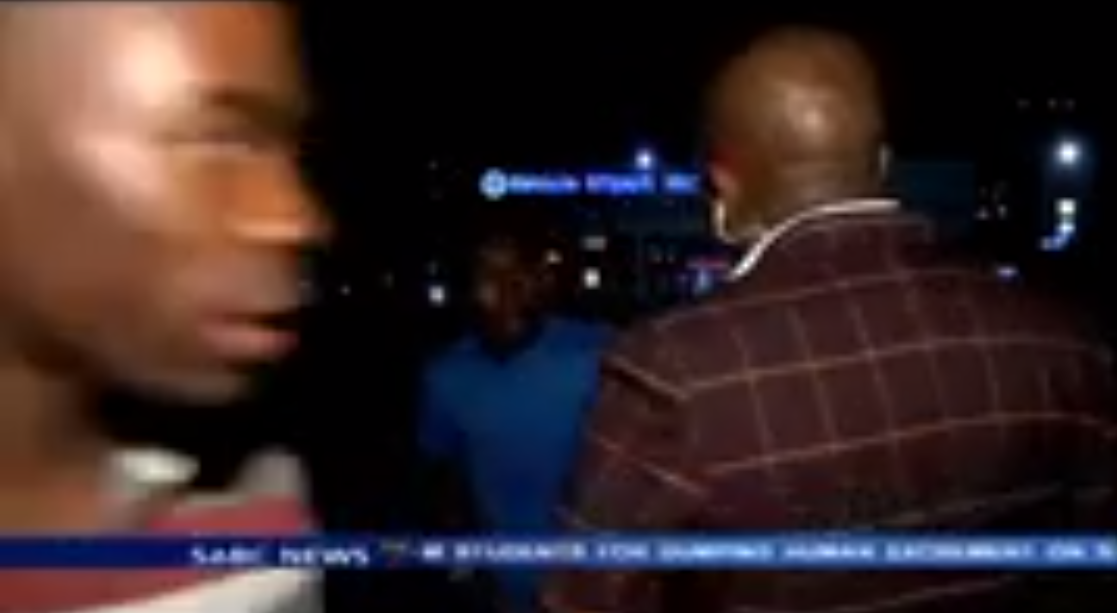 It really couldn’t get any worse or more ironic.

As SABC’sÂ Vuyo Mvoko was preparing to go live inÂ ongoing coverage of Zambian president Edgar Lungu’s visit to Milpark Hospital, he was mugged by three or four men.

The incident was fully captured by a camera that had been set up on a tripod and left rolling.

The men at first appear to be simply passing by but then circle back to intimidate Mvoko. They seemed to be unaware that they were being captured on film and can be heard saying “Give me, give me!” while trying to reach into Mvoko’s pockets.

It is shocking to watch and yet it is just a snapshot of crime in the country. More than 15,000 common robberies were reported to Gauteng police between April 2013 and March 2014.