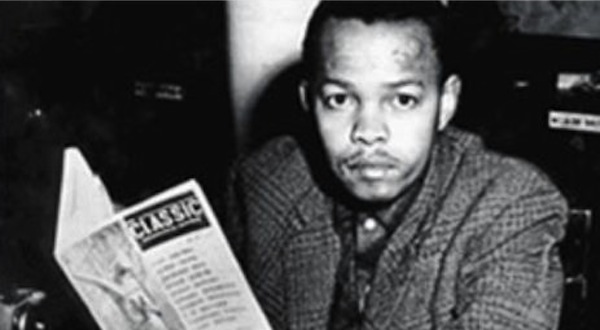 The remains of Nat Nakasa, journalist, short-story writer and exile, were returned to South Africa on Tuesday. AAISHA DADI PATEL set out to find out more about the apartheid era icon.

Nakasa was buried in New York almost 50 years ago. He had left South Africa on a one-way exit permit during apartheid, a recipient of the Nieman Fellowship, and studied at Harvard University. Today, his repatriated remains will be buried at Heroes’ Acre in Chesterville, KwaZulu-Natal.

Isolated, lonely and homesick in the USA, Nakasa developed depression. The realities of his exit permit struck him when he was barred from returning home for his father’s funeral, and in 1965 at age 28 he jumped to his death from a seventh floor window.

Nakasa was a character who “lived on the fringe of the law and went against the grind,” says Simphiwe Ngwane, a recent MA graduate with a special interest in Nakasa’s life, and the current head of media at NGO Joint Aid Management.

He came from a family that was already middle-class. Growing up, he read a lot, and he always had an inquisitive mind. At age 21, he moved to Johannesburg from Kwazulu-Natal to write for Drum magazine – at the time, says Ngwane, this was “very young writer’s dream.”

Very close with Nadine Gordimer who encouraged him to leave and study further and friendly with but misunderstood by Thabo Mbeki, he was an obscure character who never really assimilated his identity. And this irritated Mbeki to an extent, says Ngwane. “He was this bright young man, but not willing to take ownership of his blackness.”

But Mbeki later quoted Nakasa in one of his most iconic speeches, says Ngwane. “My people are South African, mine is the history of the Great Trek, Gandhi’s passive resistance in Johannesburg, the wars of Cetshwayo,” Mbeki took from Nakasa’s essay “It’s Difficult to Decide My Identity to use in his I Am An African speech.

He was ahead of everyone, even Mbeki.

Some called him a coconut of the time. By virtue of his education he was afforded some liberties even though there were these restricting apartheid laws in place.

In one of Nakasa’s pieces, “Between Two Worlds”, he wrote that those who live on the fence have no special labels. They see it simply as living. He dated white women and hung around with white liberals. Even though it was in the apartheid era, “the rules were there but there were ways to circumvent them,” says Ngwane.

But there were some ways that the rules were inescapable. When he received his scholarship to Harvard, the apartheid government refused to issue Nakasa with a passport. He contemplated his options, took a chance and was granted a one-way exit visa.

Life in the States wasn’t all that it was cracked up to be, and he struggled with the stress and isolation. There was a family trend of depression; his mother had also been institutionalised in Durban.

Because of his middle-class background, some have suggested that people like Nakasa didn’t suffer as much as other black people did during apartheid. But Ngwane disagrees. Not everyone rebelled in the same way, people did different things to find meaning with their life.

Some were involved in arms, and some wrote instead. And that’s what Nat Nakasa was – the artist with a tortured mind.

“I think we owe a great deal to him as a brave young man. He was an independent mind, willing to break convention and ready to learn, to buck the trend. He was doing something different.

“Perhaps a lesson our generation can learn from him, is to be brave enough. Say what you want, be who you want to be. Be brave and take chances.”

“He had a hybrid identity. He was quirky. In his craziness, he made sense. He was a fun, young person who spoke serious things.”

Minister of Arts and Culture Nathi Mthethwa, who led the delegation to bring Nakasa home, says his repatriation is a positive testament to nation building and social cohesion that he wrote about.

“This is an important victory for everyone who has supported the struggle for democracy and freedom in South Africa. This is also a vital step in redefining our purpose for positive change in society.”