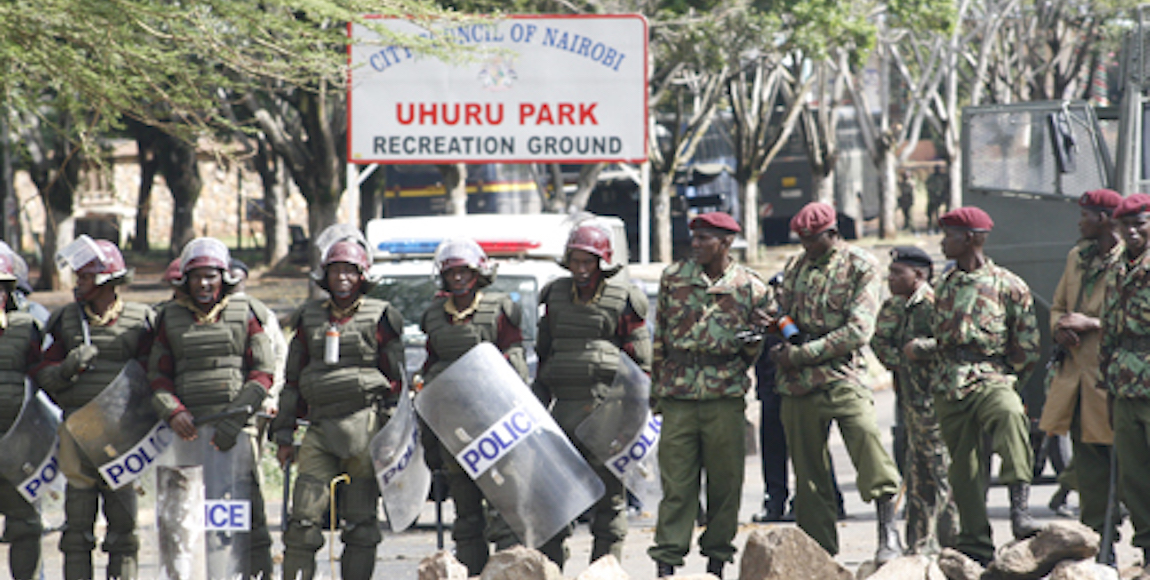 When a Kenyan police officer shot and injured a young woman after a Wizkid concert on Saturday in Nairobi, it sparked anger among Kenyans. A similar kind of reaction was seen in April when cops were caught on camera killing suspected gang members in Eastleigh. The Daily Vox rounds up some facts about this not-so-new occurrence in Kenya.

1. Kenya had the most extrajudicial killings in Africa by October 2016
According to Amnesty Internationalâ€™s 2016/2017 annual report on Kenya, Kenya has had at least 122 cases of extrajudicial killing, out of 177 cases from the continent by October 2016. Some of these killings were done in the name of counter-terror and security. Among those killed in this period were lawyer Willy Kimani, his client Josphat Mwendwa and taxi driver Joseph Muiruri, who were allegedly murdered by five people, three of whom are police officers, on June 23 2016. Their court case will resume on July 31.

2. Kenya has an oversight body to police the police
The Independent Policing Oversight Authority (IPOA) was set up in November 2011 to oversee the work of the police in the country. Some of its duties include investigating police misconduct, deaths and serious injuries caused by police, and overseeing the internal affairs of the police. The IPOA has already opened a probe on the reveller who was shot on Saturday, calling in witnesses to record statements.

By March 2017, the IPOA had made recommendations of 67 cases to the director of Public Prosecutions. Fifty-three of those have been examined and returned to the IPOA for processes including administrative and penal actions. There are also 677 cases that are yet to be looked into by the authority. Since its inception, the IPOA has received 8 232 cases, completing investigations of 465 cases. As per its mandate, the IPOA has also carried out 453 inspections to police premises and monitored 46 police operations.

In March, the IPOA was awarded the best in public service delivery for professionalism and taking the police to account for their actions in time of increased police brutality.

3. Most victims are young people from slums and marginalised areas
According to the Whoâ€™s Next report by a local human rights group called Mathare Social Justice, 805 young people in Mathare have been killed between 2013 and 2015. The killings took place at seven places including Huruma Sports Ground, Migingo Corner and Austin Grounds. The report indicates that the police also took advantage of political unrest and crowd unrest to “demonstrate reckless and fatal use of firearms”.

In north eastern Kenya, extrajudicial killing has taken the face of counter-terrorism against al Shabaab. In Mandera, a shallow grave was discovered with the bodies of five people who were reported missing days before. One of the bodies had a bullet wound and the rest seemed to have been strangled.

The coast has also been rife with such extrajudicial killings, according to the What Do We Tell The Families? report by the NGO Haki Africa. It recorded 81 cases of killings and disappearances at the coast. Of these cases, 22 deaths were due to the excessive use of force by the police, 31 were extrajudicial executions and four were deaths occurredÂ in police custody.

The reports indicate that most of the victims are young people aged between 16 and 30, as they are a group that are beginning to show evidence of radicalisation.

4. Extrajudicial killing is not new to Kenya
Extrajudicial killing and forced disappearance in Kenya dates back to the colonial period, where freedom fighters were either rounded up and killed, or made to disappear without any trace. The practice continued during the regime of former President Daniel arap Moi, who turned the police into the most feared institution as well as a symbol of tyranny during the single-party system. It is under Moiâ€™s regime that the worst cases of police brutality and massacres took place: Garissa in 1980 and Wagalla in 1984.

Subsequent regimes had cases of police brutality, torture and extrajudicial killings enforced in different ways, including pronouncement of shoot to kill orders. While they have come under criticism by human rights organisations, these orders were enforced and have seen the death of young people in different scenarios including during the 2007/2008 post-election violence.

In Mathare, some of the comments that indicate normalisation of extrajudicial killingÂ name the suspects as armed thieves. â€œIt appears common practice among police officers to state in reports that their victims were thieves caught with a â€˜homemade gun and four rounds of ammunition,â€™ or other weapons such a knives. Yet, several witnesses suggest otherwise: that it is common practice that these weapons (â€˜bonokoâ€™) are planted by the cops after execution,â€ read the Whoâ€™s Next report.

It further added that most people consider such executions normal, thus they do not come forward to report them because of intimidation and for fear of retaliation.

With the elections around the corner, the question of extrajudicial killing is at the back of Kenyans’ minds considering the 2007/08 post-election violence. It is therefore important that the rule of law is followed and the criminal justice system streamlined to ensure that no other Kenyan dies unlawfully at the hand of security forces.