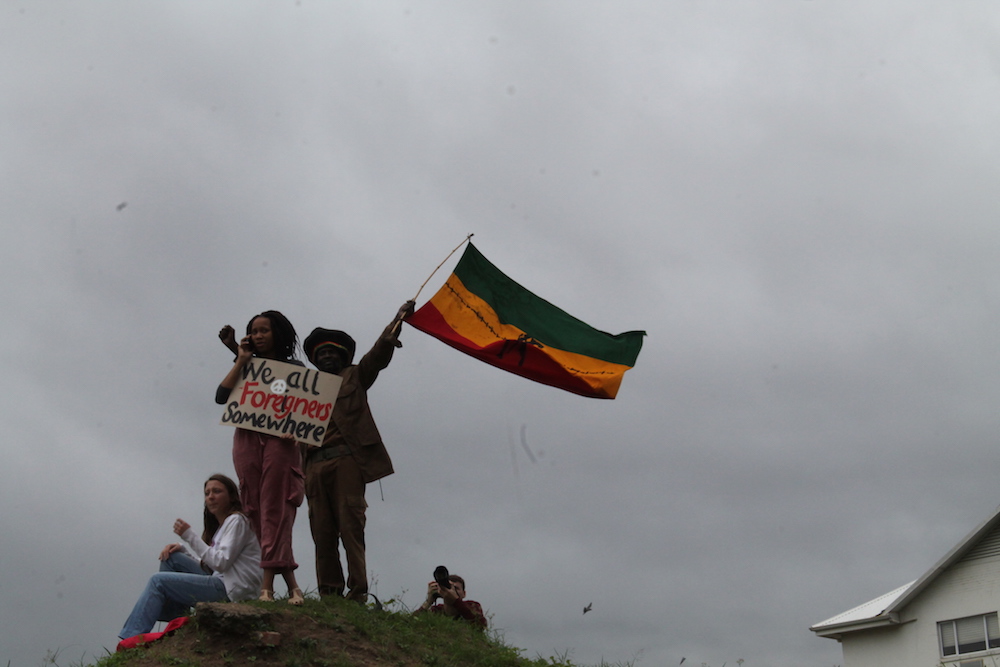 This past Sunday saw the final match of the Social Cohesion Games in Soweto, launched in February by Gauteng Premier David Makhura. The tournament, played by football stars from all over the continent, was an attempt by the Gauteng Provincial Government to foster unity among residents in the wake of recent xenophobic attacks in Johannesburg and Pretoria.

#ANCCares The message from the social cohesion games was clear: Do better and be better. Say no to racism and xenophobia! pic.twitter.com/6jHsVuW5BU

That’s a nice idea, and while South Africa did gain some international recognition after the 1995 Rugby World Cup, the African Cup of Nations the following year and, of course, the 2010 FIFA World Cup, little can be said of the lasting influence of sport on the socio-political climate in the country.

Trying to combat xenophobia with a show of Pan-Africanist football is typical of liberal South African “rainbow nation/reconciliation” cowardice. Here are five ways that Premier Makhura (and ordinary South African citizens) could actually try to remedy the country’s xenophobia crisis.

1. Educate people on the intersection of xenophobia, race and class

While xenophobia is deeply ingrained in South African society on all levels, we all know that xenophobia in this country isn’t targeted towards our American or British friends studying at our Ivory Tower universities. It’s mainly poor people from African countries who are affected the most by the violence and displacement of xenophobic attacks.

Reasons for this include the fact that poor immigrants are more likely to live in townships and shack settlements, and are therefore more exposed to the daily violence that the rest of us pretend isn’t happening. Poor, immigrant black workers are also easily exploited for labour, and therefore are more readily hired by employers over South African workers.

Last year, Johannesburg mayor Herman Mashaba made public remarks about “illegal immigrants” and “criminal activity”, and was lambasted by many for inciting xenophobia. He isn’t even the first (and wont be the last) South African leader to speak about foreign nationals in a shady way.

Last month President Jacob Zuma also controversially stated that he didn’t think that South Africans should be portrayed as xenophobic as the attacks against migrants were about crime.

Perhaps it’s time that our leaders are held responsible for what they say.

A whole march against “illegal immigrants” was given the go-ahead in Pretoria on 24 February, despite public outcry and the obvious xenophobia and incitement of violence against foreign nationals. The march ended up erupting in violence (what did anyone think would happen?) and many were arrested and hurt. Authorities allowed a xenophobic march to happen but when students are peacefully protesting for access to education, we are brutally shut down? Wow, South Africa.

Many poor, Black South Africans fall into the trap of scapegoating immigrants for “stealing jobs” instead of placing the blame and responsibility on the government for not addressing unemployment, poverty and inequality. If the government, which hopefully has an idea of how political crises work, actually took charge to alleviate the affects of poverty on South African citizens, perhaps foreign nationals would suffer less for actually helping to improve the economy.

5. Learn more about the rest of Africa to foster empathy

The average South African knows very little about the rest of the continent, while most people in other African countries have a good idea of South African politics, economy and society. The influence of regional power? Probably, but that doesn’t mean we need to be ignorant about our fellow Africans and their homes. If South Africans were more educated about other African cultures, stories and reasons for being here, maybe the cultivation of empathy would result in less of a humanitarian disconnect and a greater spirit of ubuntu.