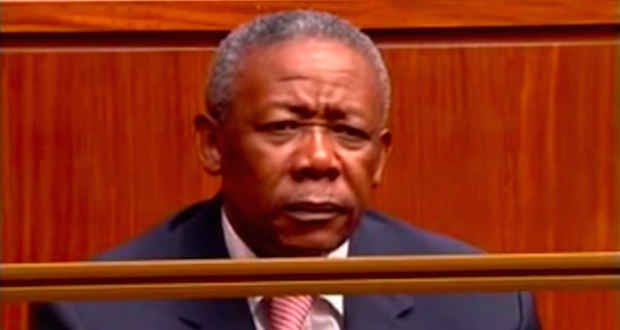 Former national police commissioner Jackie Selebi died this morning. He was 64. And while we hope he rests in peace, South Africans have not forgotten the notoriety ofÂ the last years of his life. AAISHA DADI PATEL rounds up reactions to Selebi’sÂ death on Twitter.

Itâ€™s easy to forget that before his fallen from grace, Jackie Selebi could boast of an illustrious past. He was deeply involved in South African politics and received many accolades.

From 1987 to 1991 Selebi held the position of the president of the African National Congress (ANC) Youth League. He was engaged in diplomatic work throughoutÂ ’90s. In 2000 he became chief commissioner of the South African Police Service and in 2004 was made president of Interpol.

But in 2008 Selebi was charged with corruption and put on extended leave from his various positions.

In July 2010, he was found guilty of corruption, having accepted bribes of R1.2-million from convicted drug dealer Glen Agliotti, and was later sentenced to 15 years in prison.

Selebi was released controversially on medical parole in July 2012 â€“ he suffered kidney failure, and was on dialysis at the time of his death.

RIP Jackie Selebi, but please let us not paint the man as a saint. He left us a weak SAPS, a R17-m legal fee & bold organized crime bosses:/

Jackie Selebi has passed away but Schabir Shaik has been “sick” for over a decade. pic.twitter.com/fYEFvg49Mf

There’s nothing quite like death to create false sentiment. #JackieSelebi

Selebi shamed himself, the country and his family in his prime. His passing is sad but so too is his legacy. Factual

This tweep made reference to the â€œamabereteâ€ – the Tactical Response Team formed duringÂ Selebiâ€™s time as national police commission and infamous for dealing harshly with civilians in situations that have escalated into violent confrontations.

Others were more forgiving and argued that he should not be remembered only for his failures.

I witnessed Jackie Selebi's disgrace and downfall first hand. I got to know him well – sad at his passing but more so about his legacy.

I think it's fine for those who want to dance on #Selebi grave to vilify him, but they should talk about his many achievements too. #fb

For what he did for our liberation. For a global peace-making legacy. I wish Jackie Selebi had not died as he did. Painfully. Belittled.