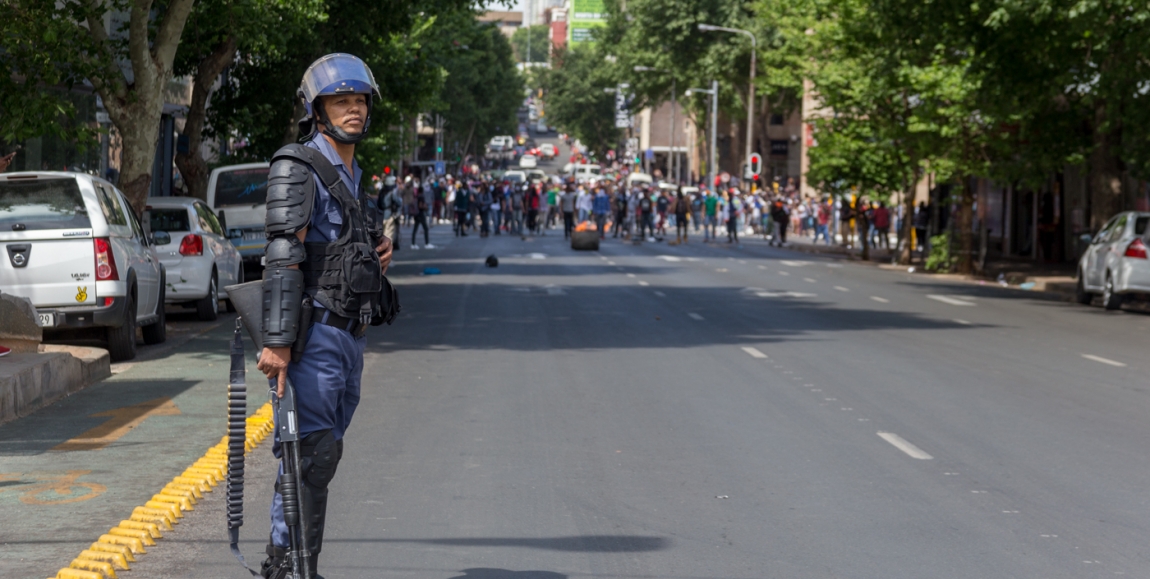 This year marks the 43rd anniversary of the June 1976 massacre, and it has become apparent that the livelihoods of young people in this country continue to deteriorate. The social, economic and political conditions of the youth have become worse over the years, however active citizenship by the youth as a pivotal vehicle in bringing forth change. For a noticeable change to take place, a youth led revolution is required, because only the youth can resolve the problem of youth. The question is when, asks ZAMA MTHUNZI.

The general elections affirmed concerns about the poor participation from the youth around political processes such as the elections, parliament and general politics.

Voter turnout dropped. A huge number of potential new voters (18 or 19 year olds) did not bother to register. With the general decline of voter turnout, 10 million registered but did not pitch at the polls, of this 10 million over 60% is said to be young people.

Even with massive campaigns from political parties like the Economic Freedom Fighters to get young people to the polls proven not to be effective in enticing the youth to participate in the voting process. The Independent Electoral Commission also had an embarrassing youth voter registration campaign to appeal to young people and provide voter education, the “Xse” campaign, yet it is evident that young people remained unconvinced with political processes in the country.

Interestingly, a large group of Fees Must Fall activists (once demonised as hooligans occupying universities) from elite universities in Gauteng made it into parliament across the top three ruling parties. I take nothing from their activism but to have hope that they represent an organised youth voice in parliament would be naïve.

I am born and bred in Tembisa, one of the historical townships in Gauteng. It is surrounded by industrial cities from all directions. It almost takes the same time to travel from Tembisa to Tshwane CBD, Johannesburg CBD, Industrial Germiston and the developing Midrand and Kempton Park.

During the so-called working hours Tembisa is littered with young people wasting away, nothing. Young boys standing by corners and young women walking around in pyjamas. There is life of unemployed young people. They have found life in drugs and crime. Young people in large numbers are swept into alcoholism and drugs and ultimately leading to strained mental health.

The continuing retrenchment cycle is taking out young skilled and graduates out of work. An interesting observation is how all political parties spoke about jobs as part of garnering for votes, however not a single party spoke directly to the unprecedented rates of retrenchments.

The ruling party remains a major contributor in the unemployment crisis. At the beginning of the election campaign, the “butcher” launched a youth employment service, the “YES” program. This labor broking service presented as employment is a disgrace to say the least. It takes very few young people to 12 month internships that do not guarantee employment. Even other youth platforms are hollow, including the National Youth Development Agency (NYDA). To say there is no hope is to be kind. There are no jobs for young people

South Africa’s schooling system remains the worst in the world. Whether it’s the Progress in International Reading Literacy Study (PIRLS) or any other assessment to the standards of education remains rock bottom. An education professor at UKZN once called the SA education system a “cognitive genocide” arguing that young people’s minds are destroyed at school.

School violence has become our daily bread, learners are beating up teachers, learners are killing each other and teachers are now carrying guns to school. Surely this cannot be conducive for anyone to learn or teach. The policies are the root cause of all. This is why we have not been able to solve the long standing problems like huge dropout rates, low culture of learning and teacher absenteeism. What the department of education has done to try run away has been to junk down the education system.

In 2019 kids still die in pit latrines at school. How is this even still possible? Clearly there is seriously something wrong.

The struggle for free education has gone back to the fringes. At Walter Sisulu University (WSU), June examinations have been closed down due to NSFAS protests. Tshwane University of Technology (TUT) has been shut many times over financial exclusions. South African universities have simply ignored former President Jacob Zuma’s declaration of free education for first year students from working class and poor families. Students who have participated in mass demonstrations in 2015/16 are still harassed and some are depressed and we have seen some commit suicide. It is clear that nothing has changed after the Fees Must Fall nationwide protests.

Poor students still sleep in libraries and survive on food donations. The dropout rate from poor students continues to rise and students seem to have bowed down to the brutal might of the state. The Fees Must Fall movement has not been able to regroup and take on these problems. There is clearly unfinished business here, There more things change, the more they stay the same.

After all that’s said and done, the lack of responses to this violence on the youth makes it necessary to constantly bring our struggles to the fore. We should always make concrete analysis from concrete situations and not from our subjective wishes. The conditions are going to continue to deteriorate with no “light” at the end of the tunnel. We in the pits. It is of course easy to throughout revolutionary slogans and make continuous clarion calls for revolutionary uprisings knowing that youth organization does not exist. The reality of the matter is that the crisis and the integration of the South African power structure and its interests are the are committed to the destruction of the South African youth to maintain its economy that is based on cheap black labour. One can argue that youth struggles have not brought any structural change for young people since ‘76. Young people must take it to the streets. Nothing but a 76’ situation can overturn all this. This can only been done by a conscious organized youth.

Zama Mthunzi is an activist currently based at Khanya College, a social justice and movement building institution based in Johannesburg, South Africa.