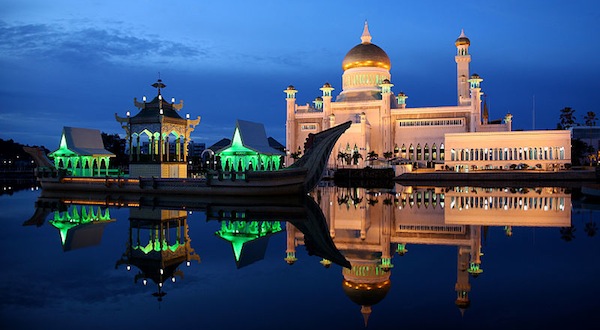 The Open Mosque is a great idea; who could disagree with a â€œQurâ€™an-centric, gender-equal, non-secterain house of Godâ€? Unfortunately, it has an awful publicist, writes FATIMA SEEDAT.

Initiating a new project with an undercover executive and an expat spokesperson who displays the finesse of a bull in a china shop is guaranteed to get any first year marketing student a failing grade. No surprise, itâ€™s earned few supporters for the Open Mosque spear-headed by Taj Hargey, a South African expat who has taken up residence in the UK and is perhaps best known for his campaign to ban the burka.

Unfortunately, while the real issue is exclusive mosque spaces, weâ€™re talking about Hargey. His combative approach makes it clear that Hargey doesnâ€™t know how to deal with difference without giving offence. In fact his suggestions that local Muslims are too dumb to think independently or to challenge the ulama with â€˜matric qualificationsâ€™ smacks of a colonial arrogance that swoops in from afar to show the locals how to conduct their revolution.

Itâ€™s instructive that the Open Mosque initiative reminds people of the time when Professor Amina Wadud delivered the khutbah (sermon) at Claremont Main Road Mosque in 1994. While the public reaction and vitriol around issues of sex difference are obviously reminiscent, the less obvious similarity is, ironically, in the lack of openness in the run up to the event. When Wadud delivered her now-iconic khutbah in Claremont she was only informed that sheâ€™d be doing it some hours before the event. The Open Mosque is being launched today and still no-one knows much about the mosque or who has initiated it.

A female spokesperson is the least we might have expected in a gender-equal mosque space. But itâ€™s not unusual for womenâ€™s issues to be handled in this way. It reflects a form of patriarchy that takes on womenâ€™s issues in the name of women but without involving women in the biggest decisions, and in Hargeyâ€™s case, with little concern for the impact on gender work already under way locally. From the way he speaks youâ€™d think all Muslim women do is make samosas.

Donâ€™t mistake my critique as an argument against the Open Mosque project. The project presents us with a conceptual challenge that is long overdue. But whatâ€™s happening here is more than just a new project, itâ€™s an attempt at radical social change, laudable in itself. But by its very nature, this sort of work is best done with an ethic of transparency and inclusiveness.

Without pandering to power elites, successful social transformation requires an approach that promotes social cohesion even as it advocates a radical break with patriarchal tradition. The danger in what weâ€™re witnessing now is that the Open Mosque appears to have alienated some of its most likely supporters, to the extent that both its inauguration and longevity have come under threat. We can only hope that the Open Mosque will function in an open and consultative manner and not in the heavy handed way that Hargey has presented it to us. If not, few will want to be associated with it.

And Iâ€™m hopeful about this because other mosques with similar orientation have opened up all around the US, Canada and elsewhere. Thereâ€™s el-Tawhid Juma Circle Mosques which began in Toronto and now also has other branches, Montreal amongst them. Their structures and processes are consultative and transparent and the organisation favours a flat structure over hierarchy. Importantly, each of these mosques have also opened without fanfare, a group of interested Muslims have come together to pray in a manner that is gender inclusive and open to all people regardless of gender, sexual or ideological orientation.

Over the years these mosques have become spaces where people who feel otherwise marginalised may find acceptance and belonging. There is no single Imam or Khatib, duties rotate amongst the organisers and congregants. There is a sense of collective growth amongst members of the congregation, itself an undefined and varying group of individuals.

Perhaps this is what the Open Mosque envisions, unfortunately their media profile does little to convince us of this. Instead, it has alienated some of the most radical gender activists. Muslim feminist praxis rests in large part on leadership through openness, consultation and empowerment and we havenâ€™t witnessed much of that here.

If we did then perhaps then we might actually focus on the real issues that this controversy should be raising, the degree to which the mosques of South Africa are truly open. The situation differs across the country, but it is well known that many mosques in KZN, for example, are closed spaces, physically, administratively and ideologically.

Physically, few mosques are entirely accessible for people with disabilities. Administratively, most are begun by family or other trusts and run by selection, from a designated group of people. Some mosque constitutions stipulate the Indian village a trustee must come from, effectively excluding African Muslims.

Ideologically too, mosques have very clear theological leanings that at times prohibit certain practices. And there are issues of class; mosques in the major urban areas are generally sponsored by local donors while mosques in townships seldom belong to the local community. Tensions have risen to the point that trustees have been physically removed from mosque premises when local communities become exhausted with the parochial attitudes that drive some township mosques.

So perhaps the most significant aspect of openness that we should be talking about is the social-policing of mosque spaces to exclude women and minorities. While local imams have responded to the open mosque initiative saying all mosques are by definition open spaces, the fact is that race and gender are significant limitations on the use of mosque space in South Africa. We can hardly claim openness when most mosques exclude women or where governing structures are both gender and racially exclusive.

This is the discussion we should be having; it speaks directly to our concerns as South African Muslims emerging out of an apartheid past and finding our way in a democratic, racially and gender equal society. Â An open mosque is certainly a space we might expect to have these discussions. Unfortunately the sensationalism launching this mosque makes that seem less likely.

Instead of talking about racially and gender exclusive mosque spaces, we are talking about Hargey. How do we find a way to set aside his unremitting attitude and deal with the real issues that will continue to confront us once he returns to the UK? And until we can, we remain guilty of the crimes of inequality he charges us with and our attempts at social transformation will inevitably suffer. Fatima Seedat holds a PhD in Islamic law from McGill University and has recently been appointed as Lecturer and Co-ordinator in the Gender, Religion and Health Programme at UKZN.