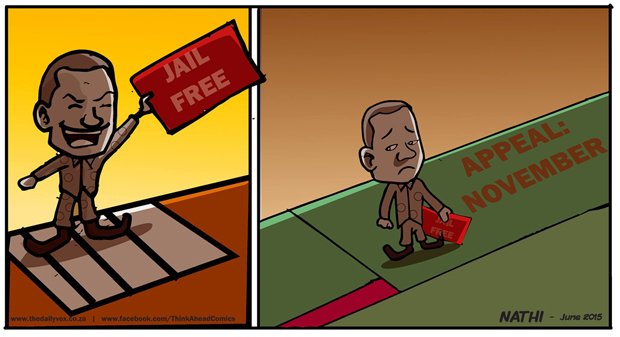 In September last year Oscar Pistorius was sentenced to five years in prison on culpable homicide charges after killing his girlfriend, Reeva Steenkamp.

At the time, many commentators thought heâ€™d gotten off lightly, but never mind five years in jail: today the department of correctional services confirmed that the disgraced athlete will be released on 21 August, after serving one-sixth of his time, to see out the remainder of his sentence under house arrest.

The Blade Runner isnâ€™t home free yet though â€“ the stateâ€™s appeal of his case, set for November, could see him sent back directly to jail.