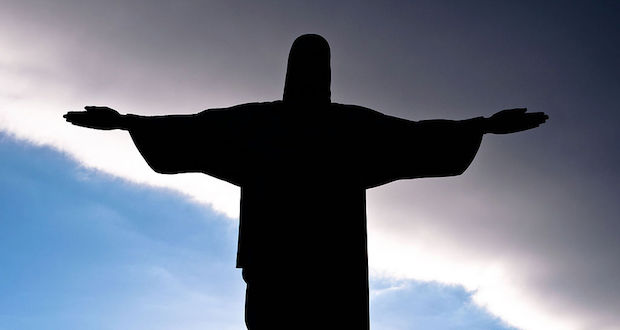 The top two Twitter trends in SA on Thursday were Oscar Pistoriusâ€™s murder conviction and rugby coach Heyneke Meyerâ€™s stepping down from the Bok top job. Down at number eight on the list was Black Jesus and, as it turns out, the three trends were related. STUART LEWIS rounds up.

For those who thought that Pistorius didnâ€™t get the harsh sentence that he deserved or if you thought that there could be no hope of a transformed South African rugby team as long as Meyer reigned as coach, the melanin-imbued saviour was working overtime on Thursday.

Me to Black Jesus rn. pic.twitter.com/CtCi6sdFM3

Today Black Jesus was heard quoting Big Sean on Blessings : "So I'm going over time, on the overtime" pic.twitter.com/vIokZrOKKE

Of course, since he was handing out so many blessings today, some other local sports coaches were also named as necessary targets for Black Jesusâ€™s intervention.

Helen Zille also got a call out for her â€œgurrl feminismâ€ comments earlier today.

(Though Black Jesus may need a little help getting through to her.)

Satan and Black Jesus must team up to fight Helen pic.twitter.com/wAKc6CKt8i

Of course, what we all really need is a little help with the Powerball.

I gotta play the Lotto this weekend. Black Jesus is handing out blessings pic.twitter.com/eEl5eTGPv8

Praise be to Black Jesus.

Stuart Thembisile Lewis has just completed his fourth year of a Bachelor of Journalism degree at Rhodes University. Essentially a leftie, pinko socialist, his Twitter bio is a collection of all things he does when heâ€™s not stuffing around on the internet. Follow him on Twitter.