Home As Told to Osiâ€™s Place: How a girlsâ€™ night out turned into the night a...
WhatsApp
Facebook
Twitter
Email
Print 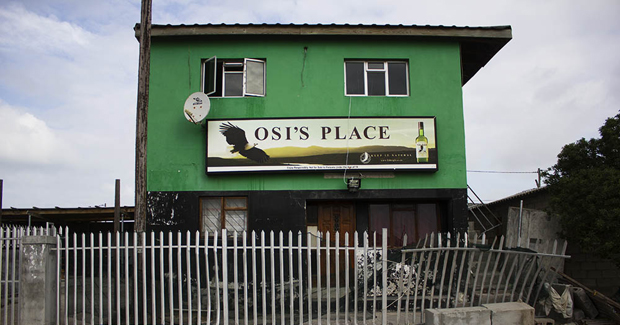 On Sunday 28 June, 17-year-old girl Khanyisile Siyengo* was caught in a stampede at Osiâ€™s Place in Makhaza, Khayelitsha, after someone fired a shot in the crowded tavern. In the darkness, she heard her childhood friend, Vuyolwethu Mbono, also 17, cry out. Hours later, Mbono died. SiyengoÂ told Raâ€™eesa Pather how theirÂ night of dancing turned into a tragedy.

We had a party that night. My friends went out and bought brandy, cider and Smirnoff. We drank at home, and the ciders we had left we took to Osiâ€™s Place.

It was the first time Iâ€™d ever gone to the tavern, but I heard that it was the place to be in Makhaza. That night, we heard MJ from Generations and Cassper Nyovest were going to be there, so we were excited, and the place was packed.

We got to the tavern at 1am. We knew the vibe would be good at that time. There was a bouncer at the door, but he was just standing there â€“ he didnâ€™t check who was coming in. It was overcrowded and we had no place to sit, so we went upstairs where there was house music and deep house playing. We enjoyed it so much, we danced until 3am. Thatâ€™s when it all started.

We went downstairs to leave and when we got to the gate outside there were others from upstairs who were coming down, and they collided with us. I didnâ€™t know what was happening, but I felt people crushing into my back. We fell down together, trapped under those people, and it felt heavy; it felt like there were more than a hundred people on top of me. I thought I was going to die. I heard Vuyolwethuâ€™s voice once. She was crying. I didnâ€™t know where she was because it was crowded and it was dark.

After a while I heard the gunshot, and the bodies on top of me got heavier. I donâ€™t know why the gun went off, but I was already thinking that I am dying, so it didnâ€™t matter. There were people outside the gate who tried to break it down to help us. But I passed out and when I woke up someone had carried me to my friendâ€™s car. Skin had been torn from my knee from the fall, and my other friend broke her leg. Vuyolwethu was breathing slowly. The bottom half of her body was injured. We rushed to the hospital, but after a while they told us she had stopped breathing. She was gone.

After this, I donâ€™t want anything to do with alcohol. I wonâ€™t go back to Osiâ€™s Place. They know about the rules at Osiâ€™s Place, but tavern owners only want money â€“ they donâ€™t care how old you are. Itâ€™s not difficult for young people to get inside taverns without ID. They donâ€™t care about rules, or our lives, and because of that, my friend is no more.

Me and Vuyolwethu, we grew up together; we used to sleep at each othersâ€™ houses. She was a person that liked to joke a lot, so we always laughed. Now, I will go to her funeral in the Eastern Cape. Itâ€™s difficult to accept.