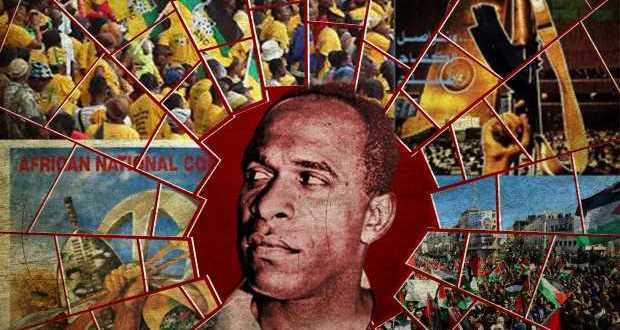 Frantz Fanon provided decolonial movements with a playbook on how to avoid the pitfalls of national consciousness and implement a programme socially and economically inclusive of all partaking in the struggle. But, as NICK RODRIGO shows, both the Palestinian Liberation Organisation (PLO) and African National Congress (ANC) have ignored the razor-sharp clarity of his ideas to the detriment of the people they sought to lead to freedom.

The African National Congress and Palestine Liberation Organisation have similar experiences when it comes to the leadership of their respective national movements.

Presenting themselves as the vanguards of resistance to Western-backed supremacist regimes, they championed armed resistance and total struggle during their formative years.

Through a process of negotiations and bargaining, a new reality was forced upon black South Africans and Palestinians during the early nineties.

With the former granted statehood and voting rights, the latter was granted an authority and the promise of statehood. In 1993, these respective struggles, lead by the patrimony of these two organisations, seemed on the verge of completion.

However, for many black South Africans the socioeconomic structures of apartheid remained in place, with Sampie Terreblanche stating in 2004 that, “the quality of life of the poorer 50% has deteriorated considerably in the post-apartheid period”.

For Palestinians, statehood was promised through the Oslo Accords; however, it soon became apparent that Israeli colonial practices would continue. Twenty years since Oslo and settlements, plundering and expulsion continue.

ALSO READ: Here’s why Israel is an Apartheid state

The township uprisings and the First Intifada: pursuit of recognition on the terms of the colonised
During the 1980’s a broad mass movement made South African townships ungovernable through outright revolt. This steady supply of cheap black labour that the regime relied upon was not cooperating, which dismantled any pretence Pretoria had of invincibility. This victory owes as much to the radical popular movements of the township young students and workers, particularly the United Democratic Front (UDF) who were under limited control from the ANC operating in exile. Towards the end of the 1980s the multiflorous nature of the opposition in these townships meant the sole uniqueness of the ANC lay in its ability to have direct negotiations with the white minority government.

Meanwhile the First Intifada in the occupied Palestinian territories, which erupted in 1987, was forcing the Israeli colonial structure to reassess the viability of the occupation of its current format. These mass demonstrations and civil disobedience were direct attempts by the Palestinians to extract themselves from the colonial structures Israel had put in place since 1967.

Throughout its formative years, the uprising had very little control from the Fatah-dominated PLO, instead being led by community councils and a united national leadership of the uprising. However, it was eventually steered by the PLO in 1991.

Negotiations and freedom postponed
The process of negotiations engaged by the ANC took much steam from the radical movements of the townships, frustrating their quest for real economic freedom. Meanwhile, the PLO’s co-option of the Intifada also diluted its radical potential.

By 1994, the ANC had been voted in and Nelson Mandela was president. His story from armed resistance to incarceration to compromise can be seen as an analogy for his party, now warmly embraced by the international community. Meanwhile in Palestine, his “brother in arms” and chairman of the PLO Yasser Arafat had negotiated with Israel to create a Palestinian Authority in 1993, which, under the tutelage of the international community would institute state structures, final negotiations on a viable Palestinian state and a fraction of extracting the political power.

Twenty-three years later, freedom seems differed. The socioeconomic conditions in South Africa are dire, especially for those the ANC had fought for, with poverty endemic.

ALSO READ: Is South Africa the right model for Palestine-Israel to follow?

Since Oslo, Israeli forces in the military occupation have killed thousands of Palestinians, the settlement enterprise has expanded and the Gaza strip has been decimated by blockade and war. In order to understand the ANC and PL’s surrender on core issues, it is important to put conceptually frame what they were both in pursuit of during negotiations – recognition by the coloniser and the international system which birthed and nurtured it. From this perspective, it is vital to look towards the Martinicun psychologist-cum-Algerian revolutionary, Frantz Fanon.

Fanon’s warning
Fanon used Hegel’s dialectic of the master/slave analogy and applied a black lens to it.

In Hegel’s dialectic, the slave is in pursuit of recognition and, through fear of the master, develops sentience, acquiring the consciousness of his essentiality and master’s dependence on him. However, when the slave is black, Fanon notes that, “What [the master] wants from the slave is not recognition but work.” The result was for the black person to aspire to values secreted by his masters.” Fanon stays with Hegel when he acknowledges that mutual recognition is not achieved at the end of this dialectic, yet departs from him in denying that the black slave necessarily achieves any independent consciousness due to the epidermisation of his skin and colonisation of his mind.

The heroic struggles of the townships and Bantustans was an attempt by black South Africans to force into the consciousness of the white regime their collective agency in the pursuit of recognition on their own terms, and many of these issues gravitated around land and real economic justice.

However, the compromise on key components of the struggles even considered rather conciliatory at the time of their drafting, such as the Freedom Charter and land distribution has been sidelined in the pursuit of cementing myopic civil and political rights which have really had little impact on the rights of black South Africans outside of carving out an indifferent black elite.

For the PLO, the sacrificing of key components of the Palestinian struggle at the altar of recognition according to the terms of the Israeli colonial machine and the international state-centric system which birthed it was engaged upon in pursuit of the Eurocentric ideal of statehood.

Since Oslo, the Palestinian Authority’s strategy has centred on reducing any possibility of confrontation with Israel, instead directing energies on securing recognition of its statehood project.

Meanwhile, the Israeli colonial machine grinds on, spewing out Palestinian bodies, the human detritus of the Oslo peace process.

Of the colonised, Fanon noted that in the bid to gain national leadership, they will take up the positions vacated by the departing coloniser, becoming “not even a replica of Europe, but its caricature”.

This replication can be seen in Ramallah today, with Palestinian Authority technocrats and apparatchiks driving on Israel’s segregated roads in Humvees and BMWs, eager to peddle the narrative of international development and “capacity building” to the litany of NGOs willing to pump these institutions, existing within a military occupation, with cash. Meanwhile, the gated communities and rampant corruption within the ANC continues, with a security sector benefiting from the entrenchment of elitist African capitalism garnering a select few access to the gated communities of post-apartheid south Africa, whilst a vast majority of their people live in poverty.

Nick Rodrigo is a freelance journalist and a researcher at the Afro-Middle East Centre.