Home Government After the Party: The ANC missed the many varieties of the urban...
WhatsApp
Facebook
Twitter
Email
Print 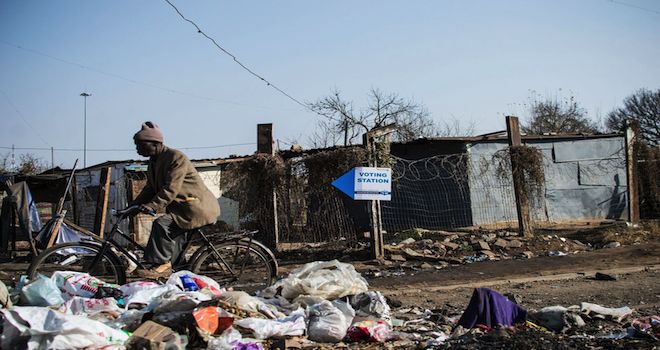 According to EBRAHIM FAKIR AND ELNARI POTGIETER, the ANC ignored the working class in urban areas in the run-up the this year’s local election.Â

The voting patternsÂ of Nelson Mandela Bay and Tshwane enjoyed muchÂ attention this election season.Â MuchÂ of the focus has beenÂ on declines in ANCÂ support in relation to support of opposition parties. This, of course, comes afterÂ incremental butÂ sustained declines in ANC support since the 2006 local and 2009 national elections. This wasÂ consolidated in the 2016 Local Government elections where ANC voters largely stayed away (a sternÂ rebuke to the ANC in itself). This was accompanied by the fact that, of those who did turnout â€“Â several voted for another party, the primary beneficiaries â€“ being the DA (no matter howÂ incrementally) and the EFF.

Diminution in ANC support, however, is not only evident in metros â€“ but across the country as aÂ whole. As a measure (and cognisant that aggregate percentage national support is merely anÂ indicator of possible future trends, not determinant of support in municipalities) the ANC support inÂ the country overall plummeted from close to 62% in the 2011 local elections, to just over 54% in theÂ 2016 local elections. Support for the DA increased from the 2011 elections from close to 24% to justÂ over 26% in the 2016 elections â€“ with the partyâ€™s growth in support particularly evident in TshwaneÂ and Johannesburg (where it faced a head-to- head race with the ANC), Nelson Mandela Bay,Â Ekurhuleni and (perhaps surprisingly so) eThekwini. Its support in Cape Town strengthened andÂ consolidatedÂ even.

Disillusionment with the ANC, high â€œundecidedâ€ voters were said to be one of the most importantÂ factors in the lead up to the 2016 local elections.Â In some metros, voters shifting their support away from the ANC to opposition parties is clear â€“ suchÂ as in Nelson Mandela Bay; in other metros â€“ such as Tshwane, low voter turnout in traditional ANCÂ wards/areas coupled with higher voter turnout in opposition wards/ areas, brought about a declineÂ in ANC support proportionate to opposition support. Thus, in some instances, a â€œstay-awayâ€ vote isÂ just as powerful a message as a vote for an opposition party, and the decisions of â€œundecidedâ€Â voters to support opposition or stay away on election-day affects not only the votersâ€™ immediateÂ wards and metros, but also sends a clear message to the ANC through a decline in support for theÂ ANC in the country overall.

Considering the partyâ€™s substantial losses in (urban) votes and/or supporters staying-away in theÂ 2016 elections (despite an alleged R1 billion campaign in the lead up to the 2016 local elections), theÂ ANC will need to reconsider its strategies in securing support prior to the 2019 national elections -Â should the party hope to bring the decline in support to a halt, and/or regain some of its votersÂ (both stay-away and shifting voters, and in particular stay-away voters that may become shiftingÂ voters in future).

The ANC, leadership and factionalism

Never before in the lead up to an election has attrition within the ANC, as well as fractures inÂ the tripartite alliance been this glaring.

Cosatu, the labour constituent of the ANC is both ideologically fragmented and orrganisationally in decline with eight affiliates leaving its fold, NUMSA being the largest. Its ideological and institutional attrition has Â come at a cost to Â workers interests and electorally, at a cost to the ANC. Cosatu no longer has either organisational muscle, nor a coherent message that supports the ANC. This, is in part due to the organised urban proletariat being out of political proximity â€“ for organised labourâ€™s message to both penetrate a social base and for its organisational apparatus to get the urban workersâ€™ vote out.

Simultaneously,Â high unemployment and low (negligible) economic growth have rendered several of what was once the urban working class susceptible to both informalisation and casualisation in the labour market.Â This rendered them out of the density and reach of organised labourâ€™s social network. PotentialÂ supporters were therefore no longer accessible and available to the social networks and workplaceÂ organisation â€“ which mobilised support previously.

The ANC and the (changing) urban voter

Appealing to this variety of urban voter is a difficultÂ and the ANC manifesto was unable toÂ appeal to this voter in a catch-all way. The ANCâ€™s core messaging for this campaign missed the different classÂ configurations of the Metro voter.

The ANC and Metros as economic hubs

The loss of support for the ANC in the metros is most noticeable and perhaps most damaging – givenÂ that metros are the drivers of growth and jobs, meaning diminished capacity to reach and influenceÂ the thinking of an urban cosmopolitan political identity support in key economic hubs of the country.Â This significantly weakens the ANCâ€™s potential to negotiate a social compact on growth and jobs.Â The impact of this cannot be ignored and ought to compel party structures to rethink itsÂ alignment to factions premised on pursuing patronage and pork barrel politics and fracture theÂ stranglehold of relapsingÂ notions of party support drawn from the rural hinterlands and non-metropolitan provinces.