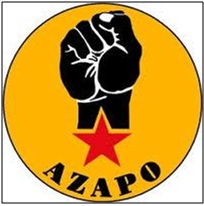 The UDM expects President Zuma to deliver the same “cut-and-paste” State of the Nation address of the past five years.

South Africans are tired of this rhetoric. Where are the jobs his government repeatedly promised? At the moment we have service delivery
protests where our people, out of pure frustration, resort to civil disobedience because they have a government that does not listen.

We don’t want a catalogue of government’s past success; we don’t want promises. What we want to know is when and how government plans to get back to the basics – to take care of its people. -As told to Khadija Patel. Read her full piece “Analysis: Missed opportunities for Jacob Zuma” on Al Jazeera.

Zuma will just be highlighting what the ANC have done for the country over that last 20 years. He will focus on the elections, obviously, and tell people why they should vote for the ANC. South Africans shouldn’t wait for anything new.

As told to Rumana Akoob President Zuma needs to reassure South Africans on his leadership on combatting corruption which I believe he is not capable of doing. I think he will try his best to make this as popular a state of the nation address as possible. As told to Khadija Patel on Al Jazeera. I think the president will be talking about effective infrastructure developments. Job creation will be high on his agenda. The Minority Front would like to see the president talk about affirmative action, and how we will be dealing with accommodating minorities within the current context of affirmative action. The minorities – Indians, coloreds, and whites – have been sidelined in terms of opportunities. We would also like him to talk about tertiary institutions, and how the government will be looking at developing more universities and medical schools to ensure that the quota system doesn’t prevent pupils who have excelled at school from pursuing their careers. We’d like to see that whatever issues and concerns we have raised, materialise in terms of service delivery, as well as implementation of policy. As told to Ra’eesa Pather. We will be looking for concrete steps from President Zuma, not the usual promises that are never fulfilled. How will he put an end to the high level of corruption at the very top of the government, that is at the root of so many of the ills of the country? We will be looking for government to signal how it intends to correct the many failures it has notched up in areas such as education, health, economy and safety and security. Education is in a shambles and our children are being robbed of their future. The state of government healthcare is shameful and citizens cannot rely on mismanaged hospitals and clinics for service. The rand is being battered and costs are rising while millions of South Africans live in poverty. South Africa has become more corrupt than ever. This has all happened on President Zumaâ€™s watch. Paying lip service to the burning issues is not good enough. We will be looking for the president to stand up and take responsibility for these failures. Finally, we will be looking, we fear in vain, for indications that the African National Congress is prepared to put the country ahead of its own interests, and the interests of citizens. As told to Ra’eesa Pather. We expect President Zuma to come up with a strategy for making sure that service delivery protests do not get out of hand. Our people have a democratic right to demonstrate and show their displeasure. We donâ€™t expect that they should be killed, and we are expecting that the president should address this. The president should address the corruption that is rampant in government,the civil service, and the private sector. He needs to address these issues, starting with his own organisation and himself, so that we donâ€™t go into the elections with these issues hanging over us.

We do not expect him to make empty promises to our people which cannot be fulfilled, because in time it is going to catch up with him.We are passionate about the dignity of black people, so we donâ€™t want anybody tomorrow to say that black people are all the same, and they are all corrupt.

Issues of education must be foremost. How are we going to turn economy of this country around to benefit each and every citizen without fear of favour of religion, or of whatever organisation that individual belongs to?

20 years in democracy and our land is still in the hands of other people. The little shops that we have, or businesses that we have, have now got into the hands of people who come from other provinces and our people are not benefitting. We expect the president to address these things.

We are very skeptical. Our president is an acting president. He looks at the people, he says what people expect him to say, but he fails on delivery. We donâ€™t think that heâ€™s in the right frame of mind to address these things, but this is what the presidency should do for our democracy. As told to Raeesa Pather. We donâ€™t expect much from the State of the Nation address. We expect President Zuma to speak about performances under President Mandela, President Thabo Mbeki, and we of course expect comments about jobs. President Zuma announced to us heâ€™s going to give us 500 000 jobs. Instead of delivering those, he has lost 1.3 million job opportunities. So, we think the talk of 6 million new jobs in the long term is just that â€“ just talk.

We think that we really canâ€™t expect anything significant on economic policy, and thereâ€™s been a lot of talk about the national development plan, but there was absolutely no implementation. That is one of the things I think everybody will be interested in – a report from President Zuma on the implementation of the NDP.

As the Congress of the People, we think President Zuma should, at the end of his term, just bow out, concede that he was a failure, and hand the baton to somebody else. He should go into early retirement. Heâ€™s not a young man and perhaps an early retirement at Nkandla will do him and the country a bit of good.

What does the ANC plan for the next term to turn around the chaotic situation in the education system? We have seen very very little progress in that regard. We have students going to university without the ability to read or write properly.