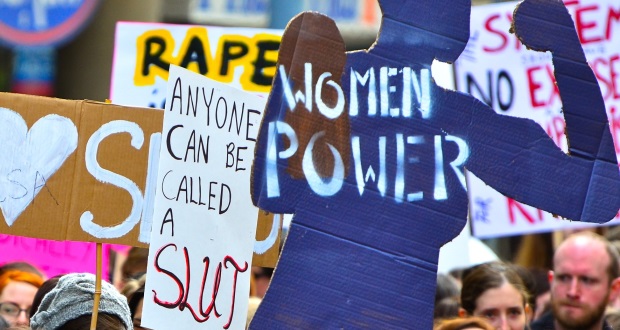 Here’s some good news – all of you men who measure less than 15cm will get a special bursary to study at the university of your choice.

Don’t fit the bill? How about a reward for men who are circumcised? After all, circumcision greatly reduces the risk of transmitting HIV to partners.

Too intimate? Just show us your chest hair then – if we deem your body foliage manly enough, you win the prize.

Why is it that everyone (including other women) wants to have a say about womenâ€™s bodies, but donâ€™t seem to consider how WE may feel? The last time I checked, we had the right to privacy and bodily integrity â€“ my body is private property and off-limits (unless of course I grant you permission to touch it).

For some reason, in our beloved South Africa, it seems our bodies are blamed for all sorts of social ills from rape and violence against women toÂ HIV/Aids.

And now, to prove that they are still deserving of bursaries, young girls must undergo a virginity test every holiday – can you imagine how traumatic it is when something so private is put in the spotlight like that?

The idea alone is shocking and illogical. In theory, there is virginity testing for men too, but it is even sillier and less scientific than testing girls. Guys are declared virgins if they can urinate in an arc, or if their leg jumps when their knee is tapped. I thought everyone’s legs do that – men and women? So what does it prove?

What this actually means is that men are not stigmatised by society for “failing” a virginity test – it’s always the women that have to take the fall and face the mockery of society. If a girl “fails” this test, everyone will get to know, name-calling begins and soon the shame and guilt become unbearable. Do we know if those women have been raped or sexually abused? Should they be stigmatised for being victims? Should women be slut-shamed for having sex at all, while men are rewarded and seen as “isoka lakwa Zulu” (a “player”)?

Virginity testing doesn’t only demean and discriminate but it also exposes women to the risks of sexual abuse. There is a ridiculous myth that having sex with a virgin girl suddenly cures a man of HIV/AIDS, and because of that idiocy, psychopaths prey on these vulnerable girls and sexually molest them.

Instead of misleading and ridiculing us with impractical strategies, consider saving us the trouble and award bursaries based on academic excellence (while providing more accessible and free contraceptives).

Our panties are strictly private and off limits – keep your patriarchal noses out of them!