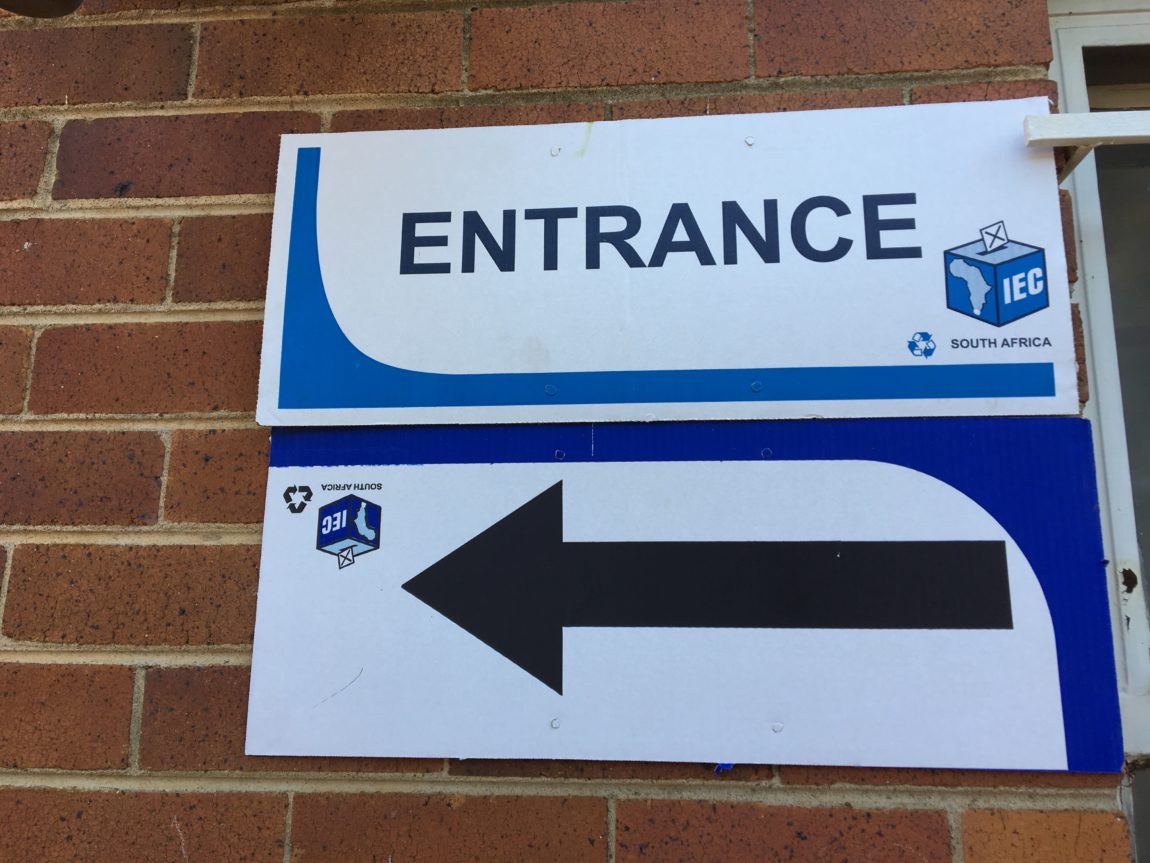 Roza is a 33-year-old accountant living in Johannesburg. After voting, The Daily Vox team caught up with her about how the voting process was and what influenced her decision.

I am 33-years-old and I have been voting since I was 18. It’s been an okay experience and there’s been no issues. I haven’t ever experienced long except when I voted overseas. I have never had issues in South Africa with the voting process. I voted in London in the previous election. [It was busy] because there was only one voting place available at the High Commision and everybody came there. This year it took me 16 minutes.

I used to go to school nearby and I have always voted here [the voting station at the Sir Edmund Hillary Primary School in Johannesburg].

You can’t really complain if you haven’t voted. If you don’t vote, you aren’t really expressing what you want for the country. I understand that people are sometimes discouraged and feel like their vote doesn’t count but every vote actually counts especially in this country because we have so many political parties and we have so many seats in parliament. In other countries that’s not the case. Here even one vote can make a difference.

It’s very difficult to tell somebody has already made up their mind but as I’ve stated compared to other countries who have less seats and less people in parliament, here our votes do make a difference. Even if 100 people it can make a difference to one party. [In South Africa] it’s also all about opposition and encouraging opposition. We’ve had the same party lead for a long time so even if you don’t want to vote for the main party at least vote for a party that’s close to your ideals and give them a seat in parliament.

For me the most important thing for me is safety and security. Also as a woman living in this country it’s very important for that a party is up to to scratch with women issues. For me as well issues around poverty – again going back to women – and what the party is doing to ensure there are opportunities for women and young people.

I am also passionate about empowerment as well so ensuring young people get through the education system but also have the skills to go to interviews and get job opportunities. My issues around empowerment, creating jobs, safety and security for everyone but especially for women so that’s what I look for.

While South Africa has changed I think the impact of the past and how people feel hasn’t really changed. I don’t think there will be a huge difference. Opposition might increase and some parties might do better than others but I have a feeling the ANC will still win and by a large margin. The reason is I think people in South Africa vote by emotion. You can’t blame them for it because everyday we go through things that remind us of the past and how much change still needs to take place. While some of us might vote with our heads, there is still a lot of people who vote with their hearts.

I think it will be the same. What’s important is we have the people who align with what we are passionate about. We need to make sure that those people sit in parliament. Your party might not win but you must at least have a representative who can vote against or for certain things you care about.