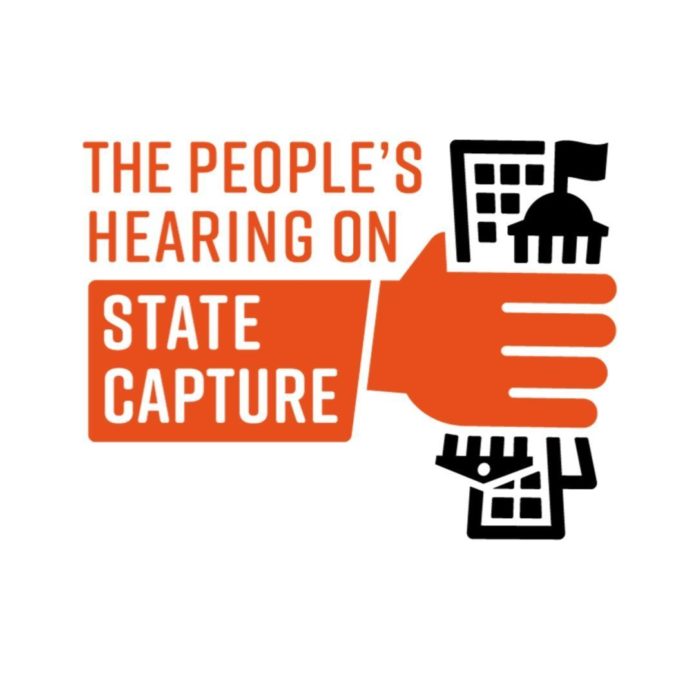 The hearings began on the 20th of August 2019. However, there have been no major repercussions for those accused of wrongdoing. The People’s Hearings on State Capture hopes to change that. Around 20 civil society groups under the Working Group banner have come together to put together the event. The organisations met on the 10th of September 2018 to discuss the shortcomings of the commission. Out of this meeting, the Civil Society Working Group on State Capture emerged.

Zen Mathe from Open Secrets said there was a discussion about how civil society could help the Zondo Commission to fulfill its mandate. Thus the group formed.

With the announcement of the commission, there was a sense of achievement said Mathe. However, she said there was a realisation South Africa was not going through a post-state capture phase. Therefore, civil society organisations decided to get together and work with each other.

It is this group that has put together the hearings. It’s meant to be a public forum where members of the public and activists will be able to reflect on the impact of state capture. “It will rather serve as a powerful reminder that state capture has left ordinary people poorer,” said the group.

Mathe said the people’s hearings are to show the impact of state capture on people on the ground. “It would not be challenging the work the Zondo Commission is doing but it would be adding value to it,” said Mathe.

The hearings will be on Saturday, 12 October 2019 from 10h00 – 15h00 at Constitution Hill. The hearing will consist of a panel comprised of Nomboniso Gasa, Yasmin Sooka and Nonhle Mbuthuma. The three panellists will receive the information brought forward by the public throughout the day. They will then submit this to the Zondo Commission.

Mathe said the stories about commuters affected by the state capture at the Passenger Railway Agency (PRASA), and more will be heard at the hearings. “We are trying to give the public a platform to speak on these issues […] and in doing that highlight the impact of state capture on ordinary South Africans,” said Mathe.

As part of the preparation for the hearings, a social media campaign has been put together. Using the #DearJudgeZondo, there was a call for the public to send the commission their demands and hopes. There are plans to post the tweets/videos and photos posted using the 12th of October.

Mathe said the social media campaign is about bringing people into the conversation who won’t be in the room on October 12. So after the hearing, the submissions and discussions will be handed to the Zondo Commission. The Commission will be asked to include these submissions in their final recommendations.

However, Mathe says the hearings are the first big step the group is taking. After the hearings, they hope to engage in more sustained public engagement.

“But ultimately there is a commitment from all of the civil society organisations that this the first agreed upon collaborative process that will launch what will then be a more sustained commitment and continued engagement with the public,” said Mathe.