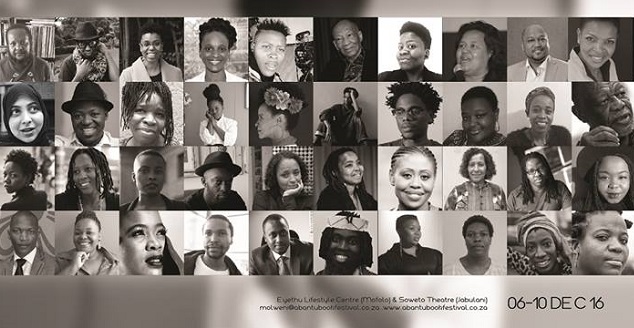 The inaugural Abantu Book Festival kicked off on the 8th of December at the Eyethu Lifestyle Centre in Soweto. Â Conceptualised by Thando Mgqolozana as a reaction to the dominance of white spaces within the South African literary space, this festival hopes to give black writers and readers a platform that they have been denied for too long.

The Daily Vox team spoke to Phillippa Yaa De Villiers, a writer and performer who will be hosting a writing master class at the festival.

What got you interested in participating in this festival?

I was at the Franschhoek Festival where Thando Mgqolozana spoke about the problem of all of the literary events in South Africa being created in the white communities with white leaders, with a white vision behind it which he felt was really exclusive. So I was very excited to see his suggestion of creating a literary festival that is aimed at black communities coming to life.

What are you hoping that the Abantu Book Festival will achieve?

What are you most excited for at the festival?

Iâ€™m looking forward to giving workshops on creative writing and inspiring a new generation of writers who are going to tell South African stories.

Why do you write?

I wanted to tell the story from my point of view. So I believe that writing is very democratic. It is the one chance that you have to actually tell the story from your point of view. I think itâ€™s a human right. Itâ€™s a right that everybody should access to. But if you donâ€™t have the skills you have donâ€™t have a chance to reach your audience.

What are you hoping to achieve from your panel on Friday?

Iâ€™m hoping that people will want to tell their own stories in their own words and that they will have the skills to do that.