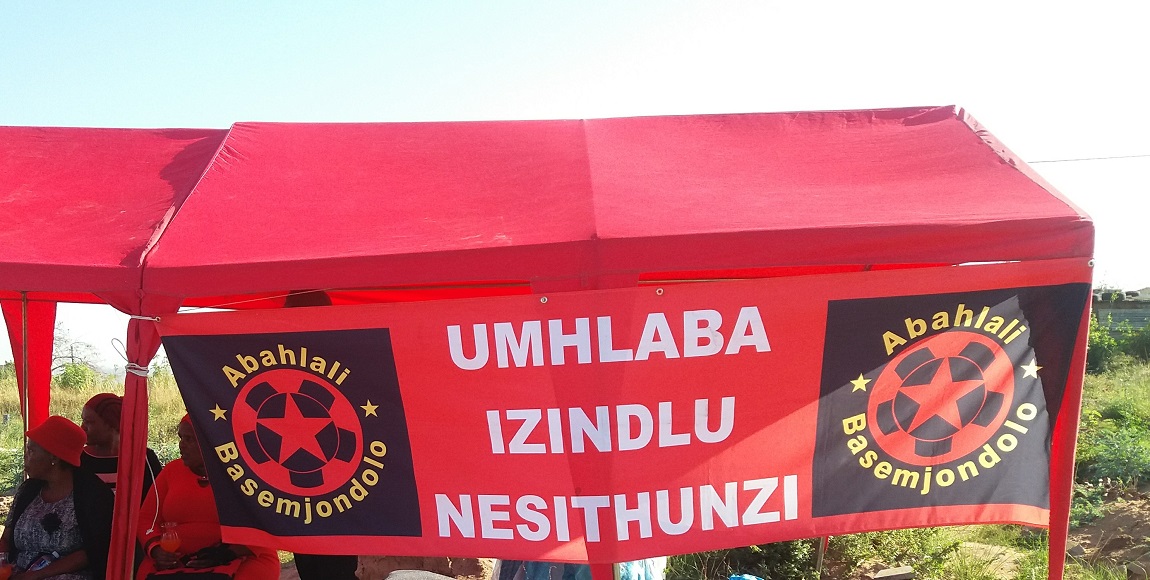 Court disputes between Abahlali baseMjondolo and eThekwini City continue, following “illegal” and brutal evictions of about 150 families, which were carried out by eThekwini Municipality units. Abahlali baseMjondolo, with legal assistance from Socio-Economic Rights Institute (SERI) has once again secured a court interdict by the Durban High Court; preventing the city from further evicting the “poor people”.

According to SERI, the court interdict granted by the Durban High Court orders the respondents, who are the eThekwini municipality, the mayor Zandile Gumede, the city manager Sipho Nzuza and the department of human settlements, to restore the applicantsâ€™ (evicted people) possession of their homes.

On 15 June, the eThekwini Municipality officials and Anti-Land Invasion Unit, accompanied by heavily armed guards allegedly stormed at the Barcelona camp transit unit in Lamontville and violently carried out illegal evictions. According to Abahlali baseMjondolo’s (the shack dwellers movement) Thapelo Mohapi the municipality carried out the evictions without provision of a court order.

“The Anti-Land Invasion Unit, accompanied by heavily armed security guards attacked the Barcelona 2 ‘Transit Camp’; no court order was provided therefore this is eviction, carried out at gunpoint, is an illegal and criminal act,” he said.

Mohapi also said that after the victory of getting a,court order against the city, there’s a pending case against the city’s mayor and manager for the 2017 Cato Manor evictions.

“We have a case already that is due soon where we hold the mayor and the manager personally liable for violating the court order in Cato manor. There is always a way to hold the municipality accountable,” Mohapi said.

The dispute of evictions between the municipality and informal residents across eThekwini is an old and an ongoing battle. In July 2017, Abahlali baseMjondolo filed for an interim interdict at the Durban High Court, this after over 200 families were unlawfully and violently evicted in Blinkbonnie Road, Cato Manor.

Residents of the transit camp in Barcelona share the same story with shack dwellers across the municipality.

Plight of poverty and unemployment often leaves the poor vulnerable. According to the court order, the evicted people of Barcelona are unemployed poor people who can barely make ends meet. With the little-to-nothing that some of these people make, they cannot afford to pay rentals or afford proper housing. Meanwhile some are unemployed, others survive on piece jobs and social grants or old age pension.

Thenjiswa Qeda, an evicted resident who has lived in Barcelona for the past seven years, maintained in an affidavit filed to the court that she is unemployed and the unit was their only home.

“The unit is our only home. The ward councillor moved us to the transit camp unit in 2010 after our home in a nearby squatter camp was flooded by heavy rains. My family was unlawfully evicted by the officials of the eThekwini Metropolitan Municipality on Friday 15 June. Our family has slept outside in the cold since then,” she said.

They destroyed his home. Then his case was thrown out of court for not having an address

Nomzamo Zondo, a SERI representative for Abahlali baseMjondolo said they sought the interdict in order to ensure that eThekwini is prevented from carrying out evictions.

“They were always constrained by legislation not to do this but this did not stop them.The order also obligates Mayor Gumede and Nzuza to ensure that the order is complied with.”

“We hope that the personal responsibility placed on these office bearers will at least serve as a shield as anyone undermining the order would be putting the two most senior officials in the municipality in the line of fire. This has proved efficient in the past where we litigated against municipalities,” she said.

Zondo also said the order was for restoration of possession of homes of 48 families who were illegally; and the city is interdicted from evicting these families without a court order obtained in compliance with the Prevention of Illegal Evictions Act.