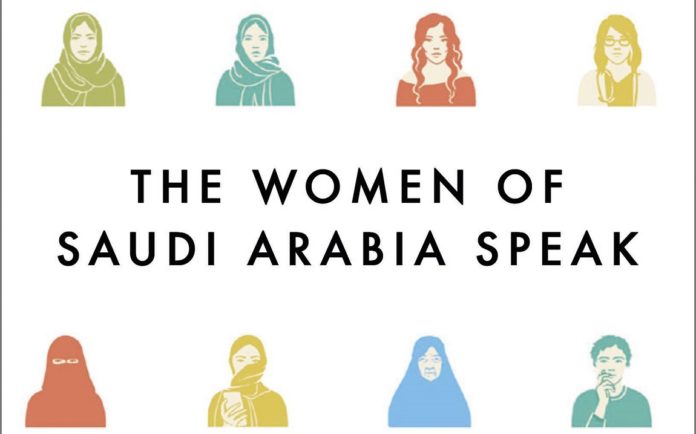 The Saudi Arabian woman is veiled in mystery: global media narratives paint her as locked in a tower of oppression, needing rescue by Western reforms. Often, she is catapulted into headlines which seem to reinforce decades-old tropes, of women fleeing alleged persecution from their families, or arrested for daring to campaign for women to drive. What’s absent from the grander narrative is the voices of Saudi women themselves. Saudi women are not homogenous, and how they view the kingdom is coloured by their complex circumstances and experiences. Nicola Sutcliffe’s Queens Of The Kingdom: The Women Of Saudi Arabia Speak adds some much-needed nuance to the conversation.

As an avid reader and a feminist, I’d like to consider myself open-minded. By that I mean I am open to learning and unlearning. But, to my horror, I was confronted with my own biases and prejudices when I read Queens of the Kingdom: The Women Of Saudi Arabia Speak. Like any person who reads the news, I have a negative perception of Saudi Arabia.

Saudi Arabia has been mired by headlines detailing it’s gross human rights violations, crackdown on government critics, and warmongering. Just this past year, the Saudi government has detained a number of women’s rights activists. The arrests came a year after the government lifted it’s infamous law barring women from driving. There are still restrictions on women. Under the male guardianship system, Saudi women are legal minors and need the permission of a male relative for a variety of things including travel, obtaining passports, getting married, working, and studying abroad.

When I picked up Nicola Sutcliff’s book Queens of the Kingdom, this was all I knew about Saudi Arabia.

Sutcliff offers readers a glimpse into the Saudi community

But when I put the book down, my mindset had shifted. The systemic injustices of Saudi remaining, I now had a picture of the women in the kingdom. This book was my first time actually engaging with the thoughts and experiences of Saudi women. It challenged what I thought about religion, feminism, and modernity. Like all women, Saudi women deserve nuance too.

Sutcliffe, a linguist and educator, worked as a teacher in Saudi for four years. In those years she produced Queens of the Kingdom: The Women of Saudi Arabia Speak, a compilation of interviews with 30 Saudi women from various socioeconomic backgrounds. Each interview is accompanied by a beautifully illustrated portrait by Merieme Mesfioui.

The author made every effort to speak to as diverse a range of women as possible. She spoke to old women, women from rural areas, wealthy women, working class women, queer women, even women who weren’t Saudi. Readers meet a Bedouin in her mid-fifties who gave birth to 11 children in the open desert, the first wife in a polygamous household, a doctor who rejects the word ‘queen’ to describe Saudi women, one of Saudi’s first models, and an intersex photographer who identifies as a man.

Of course, this is still not representative of all Saudi women, but it adds nuance to the greater picture.

Surprising takeaways from the book

Between the interviews, Sutcliff writes observations of social developments in Saudi, which are largely influenced by her discussions with locals. These observations include details about the economy, politics, healthcare, and religion.

What struck me from one of Sutcliffe’s chapters was how young the Saudi population is. Over 60% of the Saudi population is under the age of 30. Saudi Arabia is a deeply conservative society based on traditional, family values. In the recent years, King Mohammed bin Salman has introduced a number of reforms including those allowing women to vote and drive. More and more Saudis are studying abroad on government scholarships. As rapidly as the country is changing, it will undergo even more change in the next couple of generations.

What was surprising in the book, was how little the women of Saudi thought of the driving ban. Some even said it was something only the west was obsessed over. However, how the women perceived driving had a lot to do with class. Wealthier women loved the convenience of being chauffeured around. On the other hand, more middle class and working class women complained about how expensive paying a driver was or how their mobility was determined by the whims of their male guardians.

An intriguing theme in the book was how women experienced the gender roles in Saudi Arabia. While many women in the book revelled in being protected and taken care of, some were breaking moulds and going into careers traditionally reserved for men, like engineering.

Sutcliff also delves a little into the queer scene in Saudi. Saudi Arabia is a strictly gender-segregated society. In the essay by the intersex photographer, Waad speaks about boyats or women who dress up as boys and have relations with women in the female segregated spaces.

The inclusion of expats in the book, among them a Somali henna artist and a Filipino cleaner, are unsettling to read. These accounts unearth the racist and discriminatory treatment that people of other nationalities are subjected to in the kingdom. The Filipino cleaner speaks of the long hours she works, locked in a contract that limits her ability to visit home.

The book is tinged by Sutcliff’s blindspots as an outsider

Queens of the Kingdom is not a perfect book by any means. It can easily be viewed as incomplete and skewed. The book has been compiled and written by a westerner and is thus subject to the western gaze. Sutcliff seems to have asked the same questions on driving, Western perceptions of the country, the hijab, and marriage. Her own positionality as an outsider informed the questions that she directed at interviewees. Considering the prejudices the interviewees admitted to having towards westerners, one wonders how the Saudi women filtered their thoughts when speaking to her.

To be fair, Sutcliff acknowledges her potential blind spots and limitations as someone researching Saudi Arabia and not from the kingdom itself.

This book certainly opens the door for readers to seek more literature written by Saudi women. There are a few, like Rajaa al-Sanea’s novel Girls of Riyadh and Manal al-Sharif’s Daring to Drive: A Saudi Woman’s Awakening. But certainly, we need for more books by Saudi women, about Saudi women.

Saudi women are fighting for their own freedoms at their own pace. It’s up to the Saudi women to determine what it means to be a “Queen” in their country.

Published by Simon & Schuster UK, Queens of the Kingdom is available online and at most good book stores for R479.