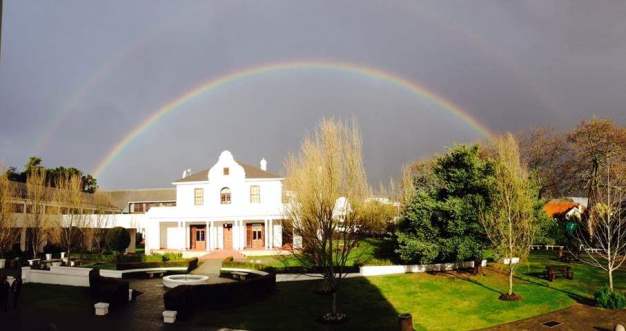 A Muslim family have turned down a spot at the Herschel Girls School in Cape Town after the school refused to accommodate their daughter’s request to wear a headscarf with her uniform.

The school, a private, Anglican Christian school, said the request was debated at council level and Archbishop Thabo Makgoba was consulted on the matter. Council and management subsequently decided that no accommodation could be made for the girlâ€™s headscarf as the heritage and ethos of the school is enshrined in its uniform policy.

In an email to the parents, the schoolâ€™s headmaster, Stuart West, said Herschel has a Christian ethos and value system which is reflected in its established and accepted uniform policy.

â€œIt is policy that all girls attending Herschel are required to respect the schoolâ€™s Christian ethos and those practices and policies that reflect that ethos and Anglican heritage,â€ wrote West.

He added that the school makes some accommodations for Muslim students, who wish to dress modestly. â€œDevout Muslim girls who attend Herschel refrain from covering their hair and respect this aspect of the school community,â€ said West.

â€œUpon request, we make every attempt to make reasonable accommodations to our uniform policy. The school has regard to the provisions of the relevant sections of the Constitution and cases which may have a bearing on decisions which need to be made from time to time,â€ West told The Daily Vox.

According to Islamic scholar, Farzanah Adam, the concept of hayaa or â€œmodestyâ€ in Islam describes both humility in dress and a mode of behaviour that moderates a Muslim personâ€™s conduct both before others and when one is alone before God.

â€œThe modest dress of Muslims, particularly the womanâ€™s headscarf, has become synonymous with the concept of modesty in Islam,â€ Adam told the Daily Vox.

Legal questions concerning religious identity and school policy have been raised at South African schools before. In 2011, Odwa Sityata, then 15 years old, was suspended for refusing to cut his dreadlocks, which he wore as a devotion to his Rastafarian faith. Sityata faced a disciplinary hearing and was charged with failure to comply with the schoolâ€™s rules and regulations. Following discussions between his family, the school governing body and the NGO Equal Education, he was allowed to return to school and was not required to cut his dreadlocks.

The most well-known case concerning school rules and religious belief is the 2004 Pillay case. Sunali Pillay, a student at Durban Girls High School, went to court after being told to remove her nose stud, which she wore as part of her Hindu tradition. Although the Equality Court first ruled in favour of the school, the High Court ruled that the school had unfairly discriminated against her.

In his ruling on the matter, Constitutional Court Justice Pius LangaÂ said, â€œAs a general rule, the more learners feel free to express their religions and cultures in school, the closer we will come to the society envisaged in the Constitution. The display of religion and culture in public is not a â€˜parade of horriblesâ€™ but a pageant of diversity which will enrich our schools and in turn our country.â€

The South African Constitution provides for equality and religious freedom.

According to Chapter 2, Section 15 (1), everyone has the right to freedom of conscience, religion, thought, belief and opinion. Obligatory and voluntary religious and cultural practices are protected by the Equality Act.

According to constitutional law expert, Professor Pierre De Vos, discrimination on the basis of culture or religion is also prohibited by the Promotion of Equality and Prevention of Unfair Discrimination Act (Pepuda). PepudaÂ trumps any other legislation in South Africa and was instated to give expression to the Bill of Rights in the South African Constitution.

â€œAs this Act states that it trumps any other legislation, this means, as the law currently stands, the school is probably in breach,â€ said de Vos.

He added that Pepuda is supported by Section 9 of the Constitution, which prevents discrimination, even by private institutions like schools.

Asked to respond, West said: â€œAs an independent school we have a right to set uniform (dress code) and other requirements that are in line with our Christian ethos, history and values. A head scarf does not form part of the school uniform.â€

What do you think? Is requesting to wear a headscarf at an Anglican school just extra? Or should schools, both public and private, be inclusive spaces for all, regardless of their religious affiliations? Comment below or tweet us @thedailyvox.